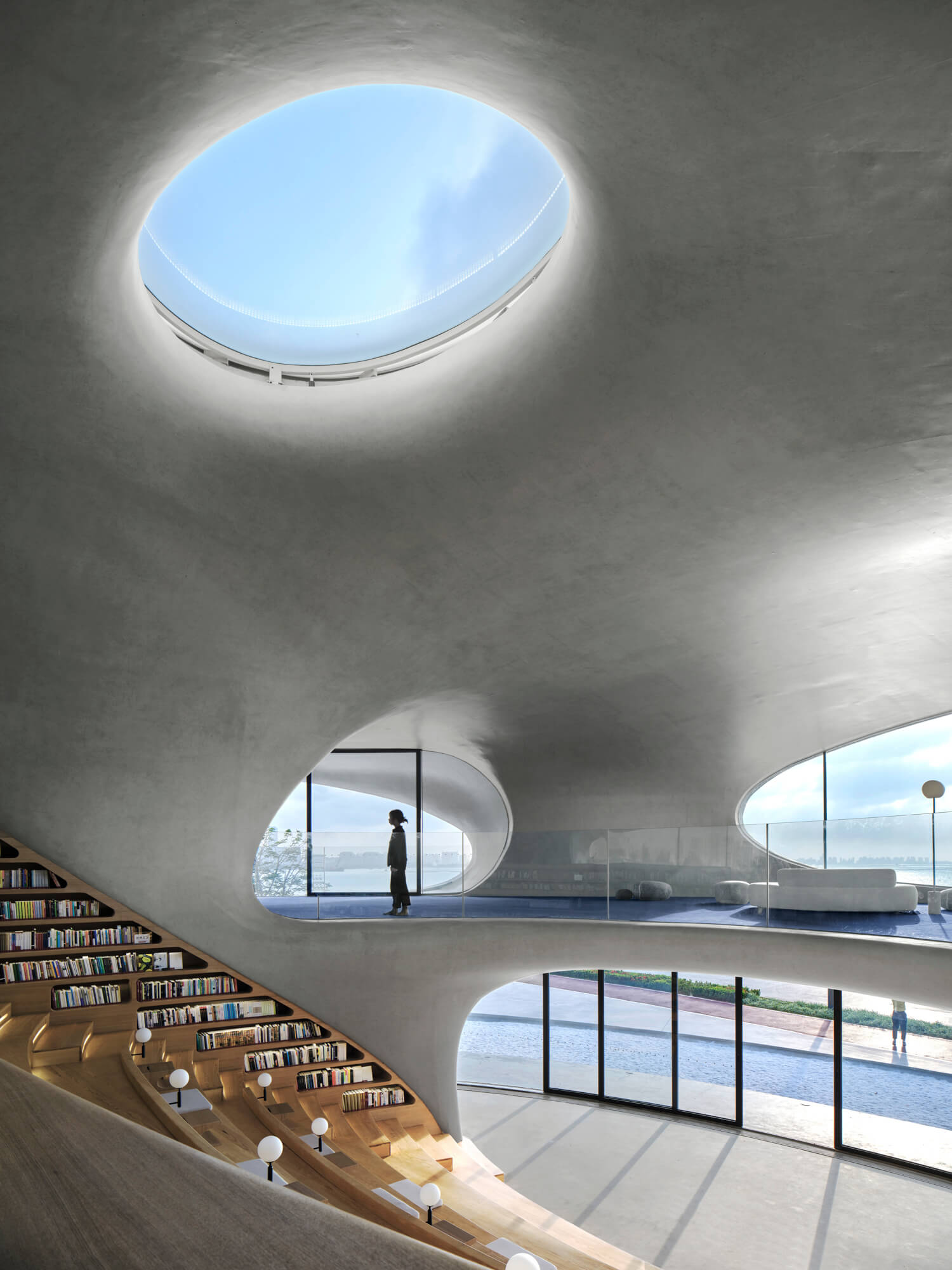 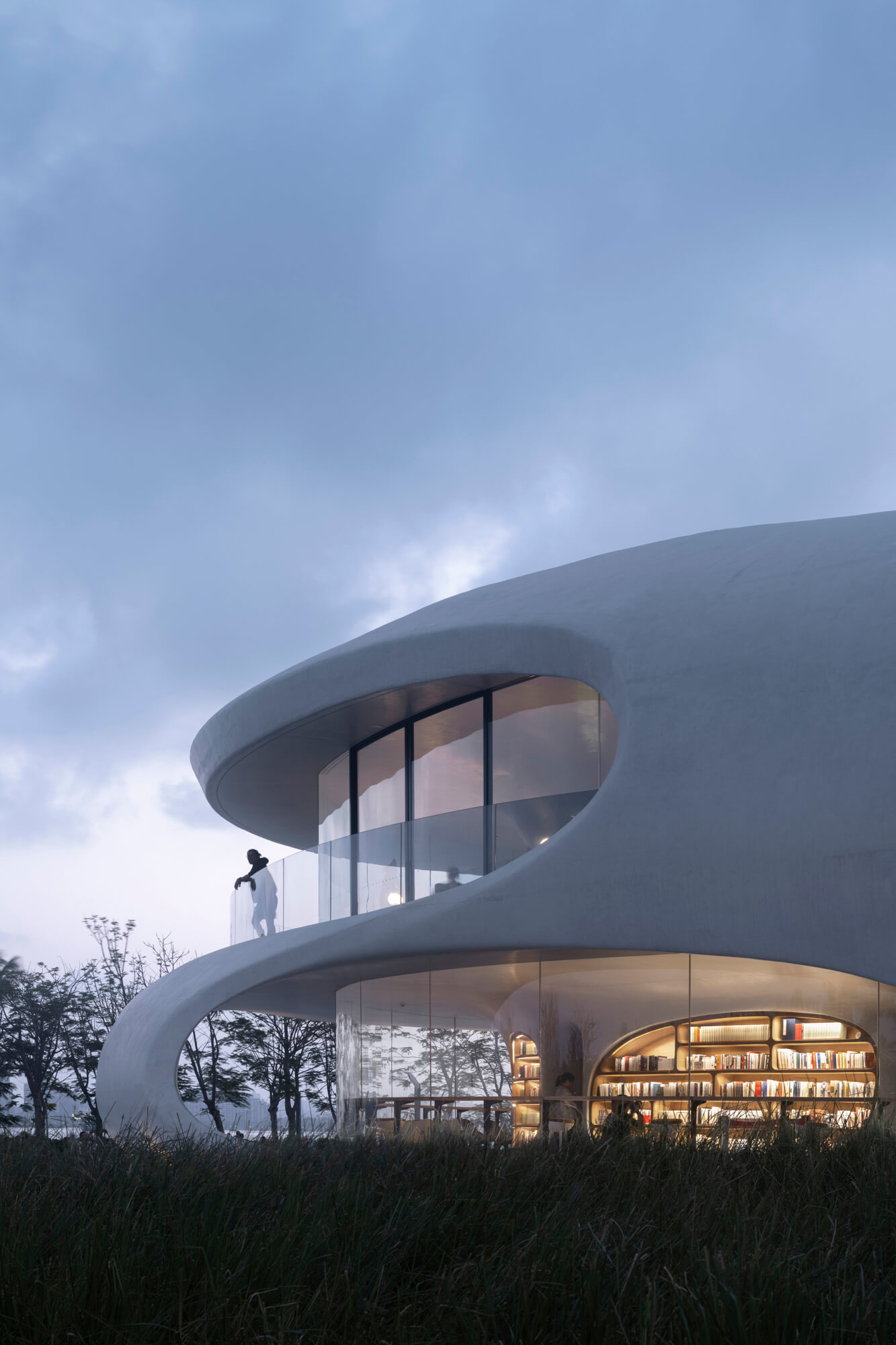 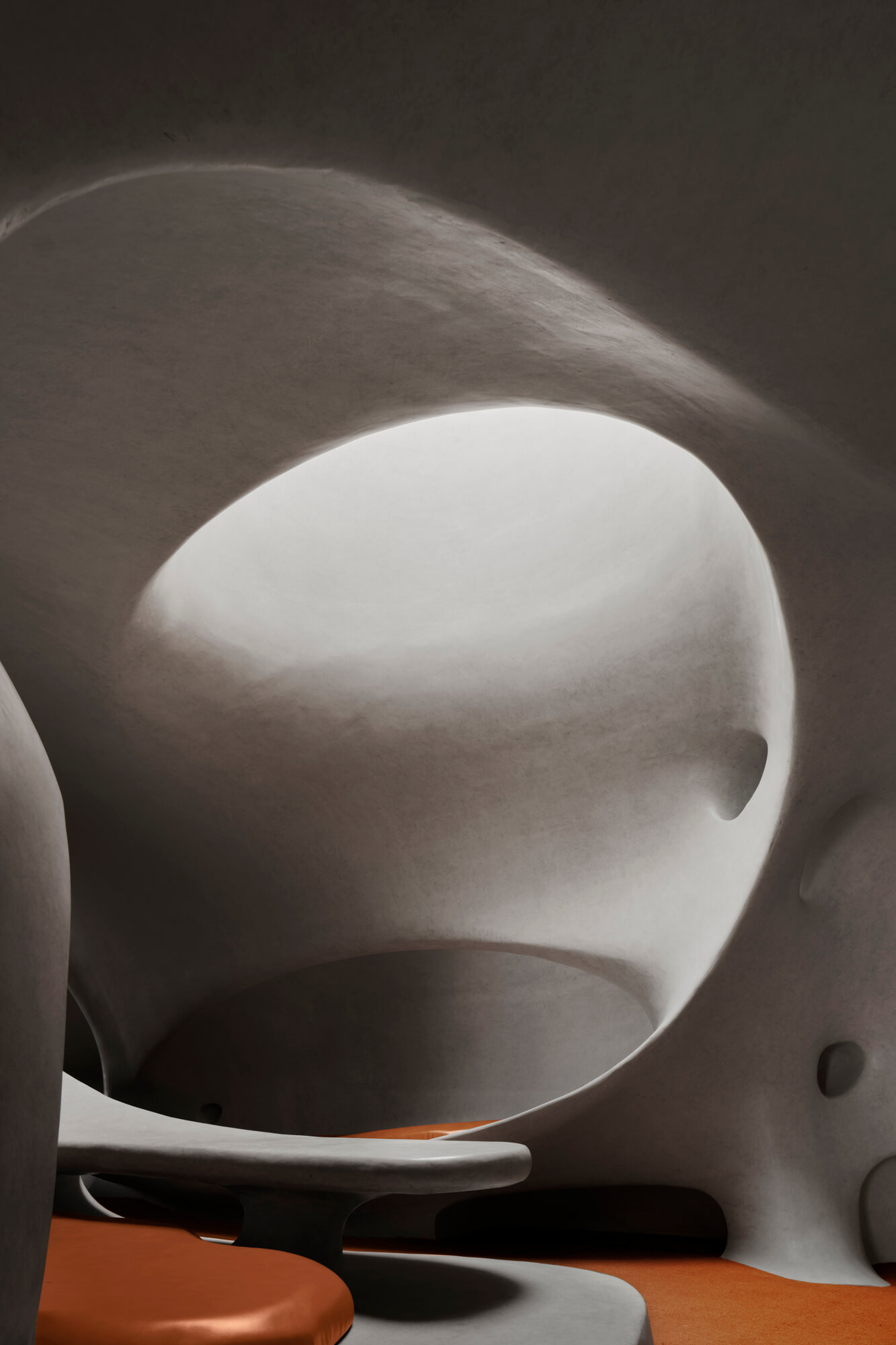 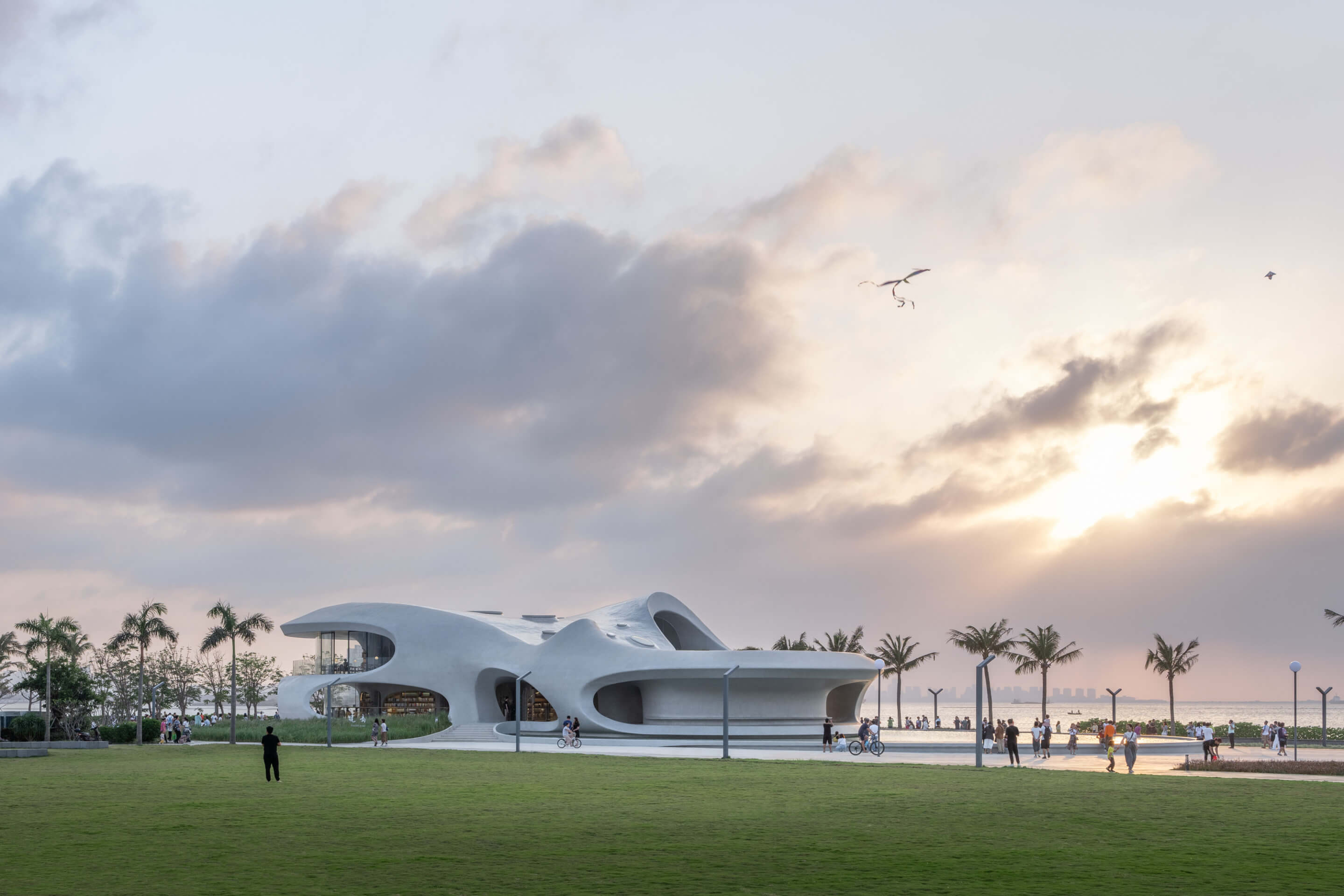 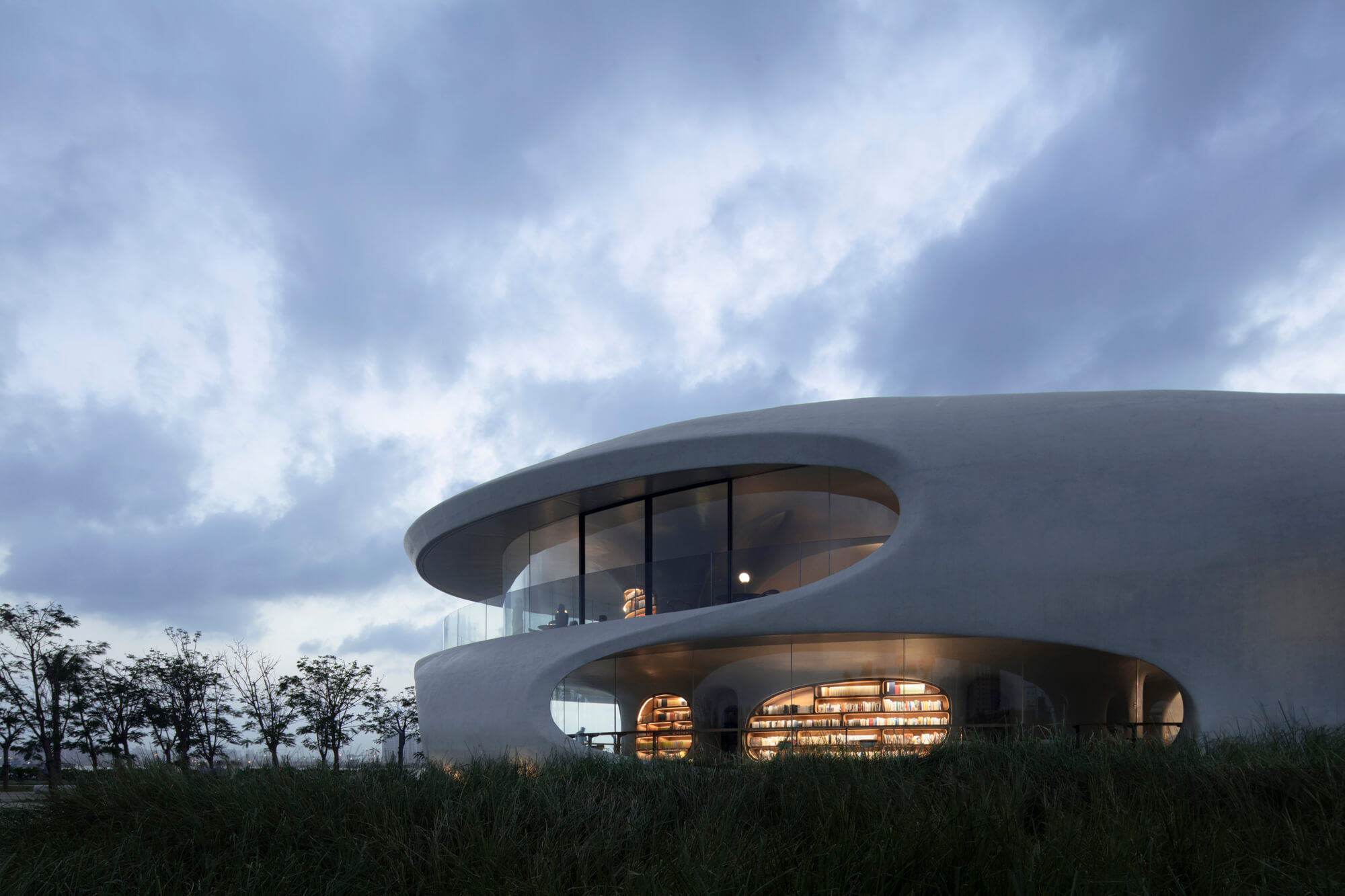 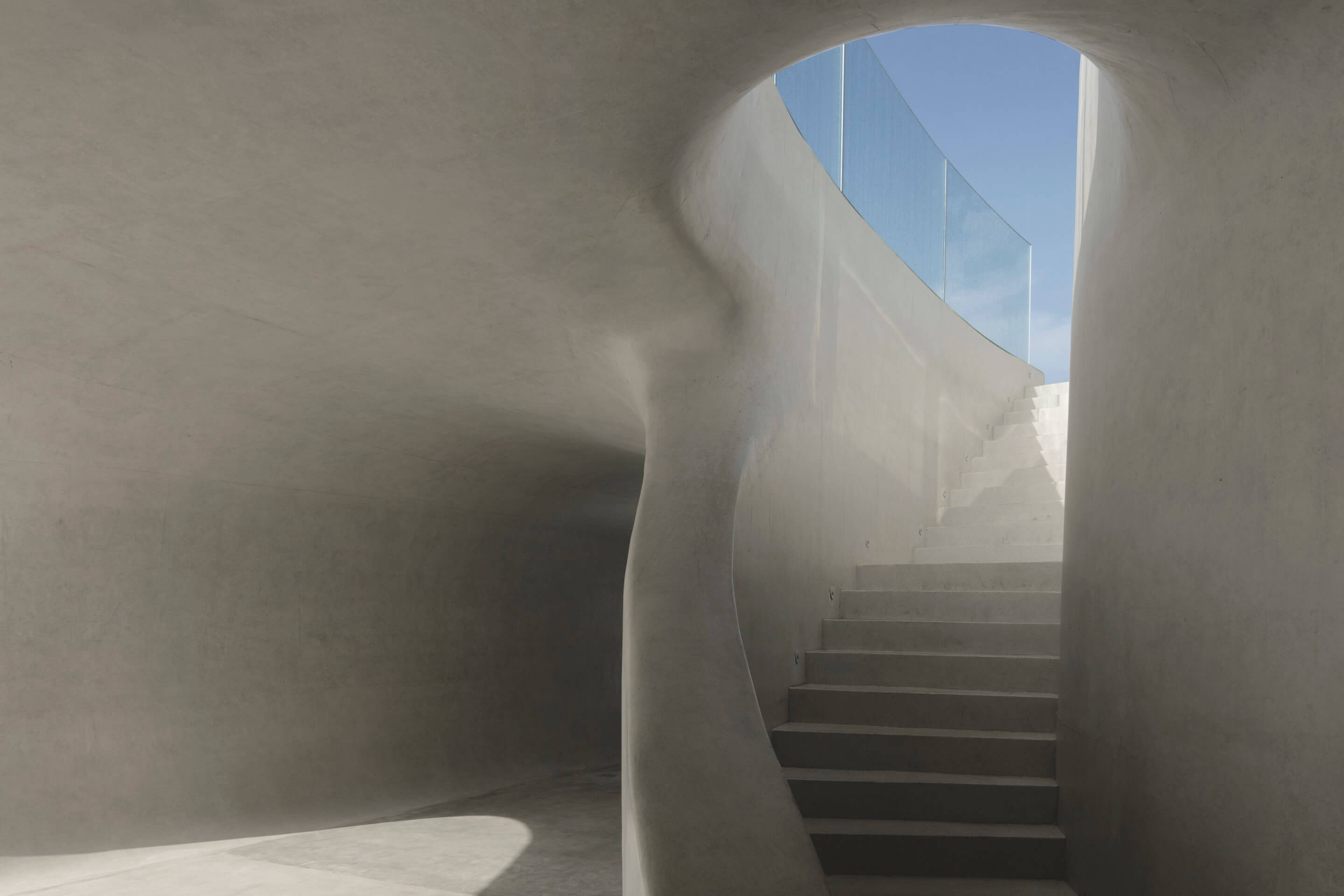 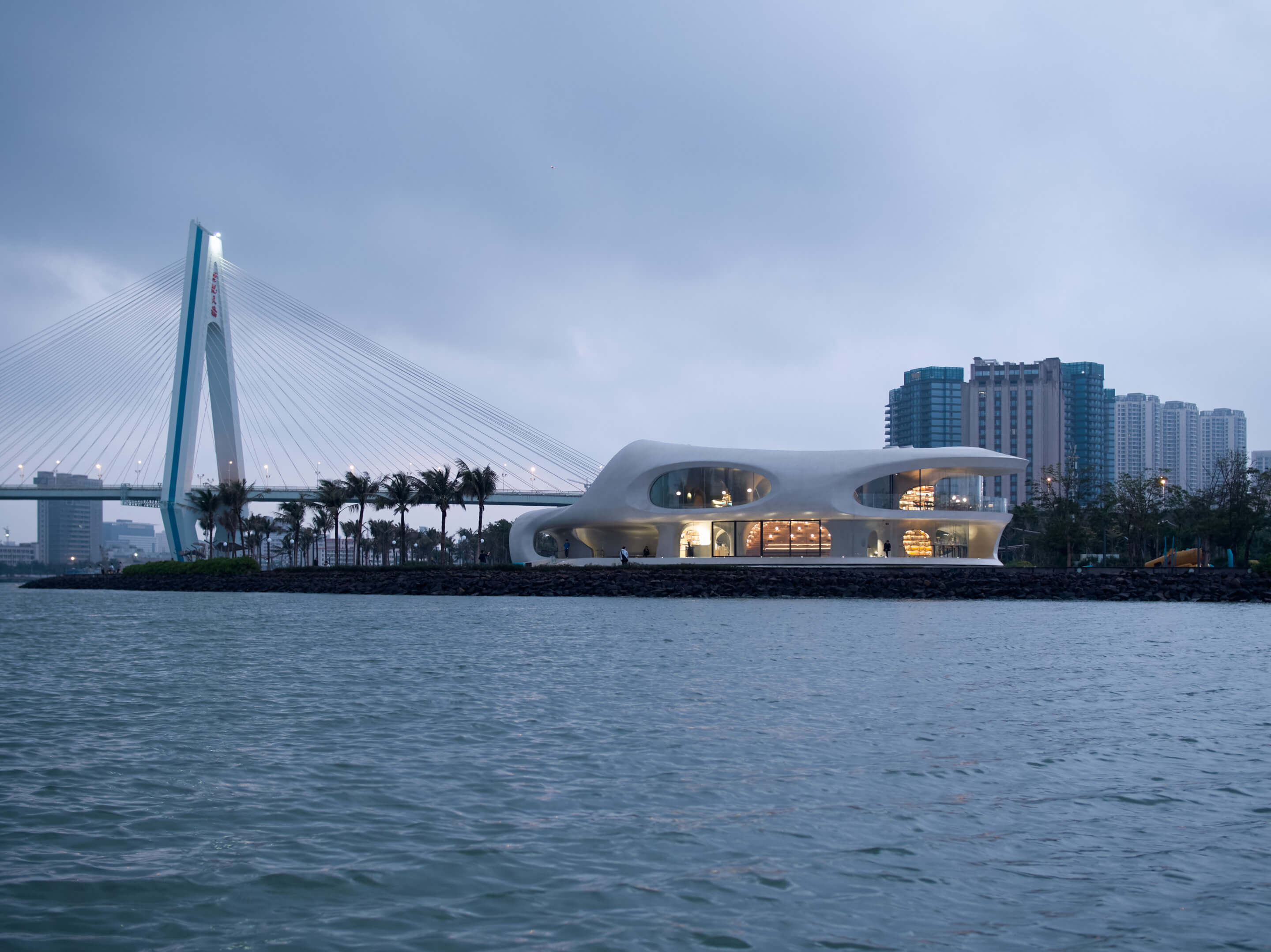 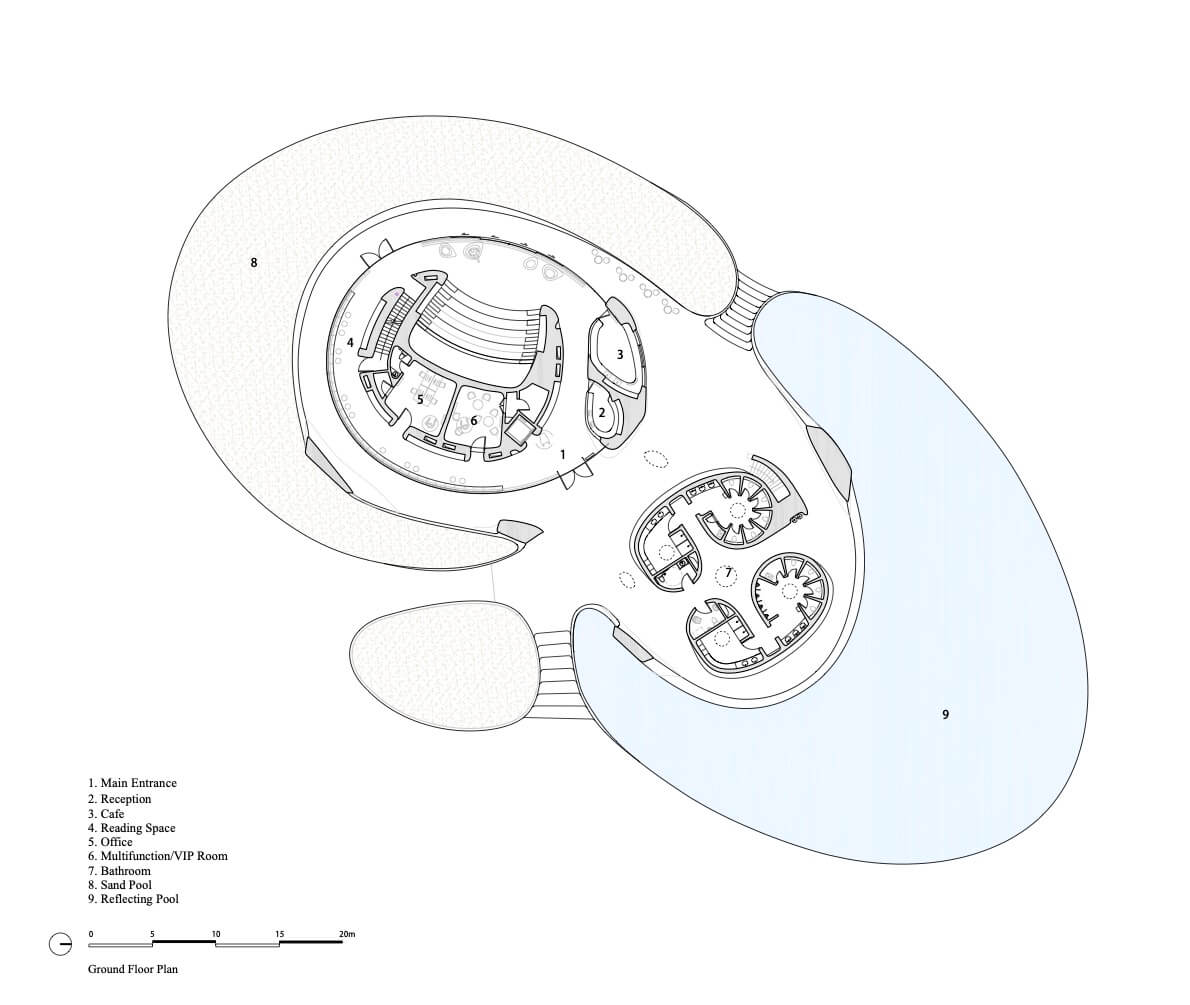 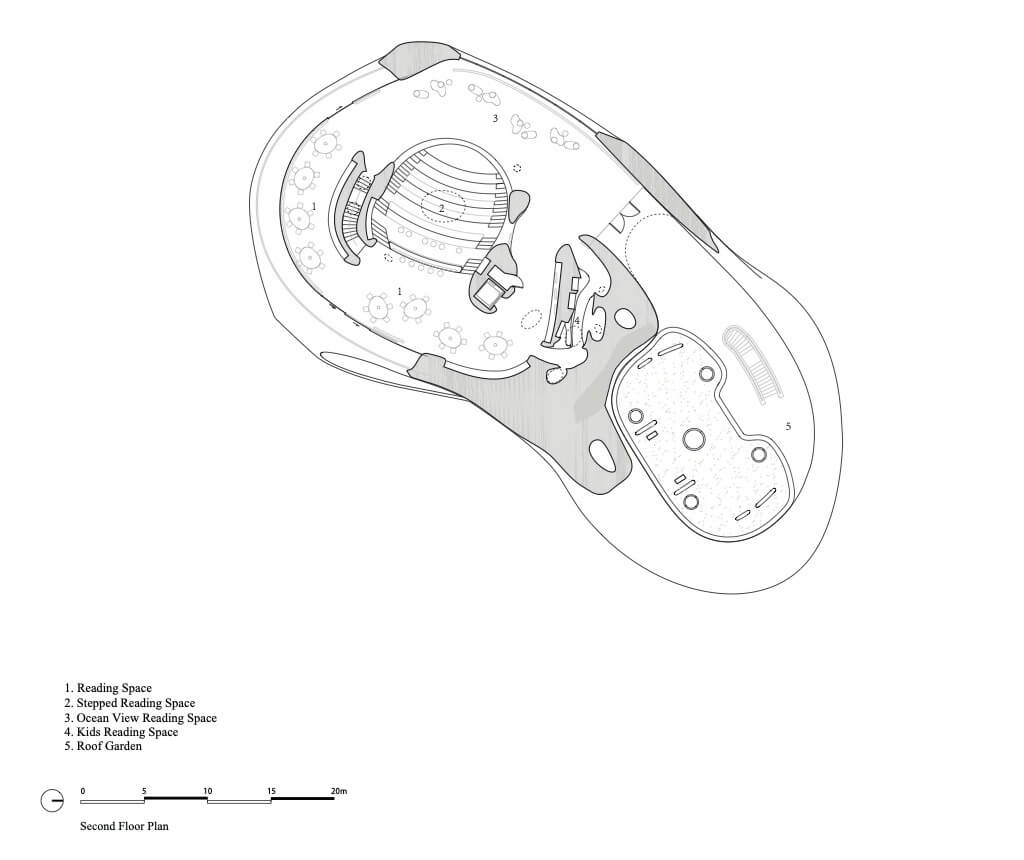 <
►
>
The building’s sinuous exterior and interiors are formed by a sweeping ribbon of white concrete that creates walls, terraces, floors, ceilings, entries, and window openings (Courtesy MAD Architects and Arch-exist)

The Cloudscape of Haikou opened on April 21st, 2021, welcoming users and park visitors from the coastal city of Haikou, China, to the intimate library and waystation. Commissioned by the city’s Tourism and Culture Investment Holding Group, the sinuous concrete Cloudscape is the first of 16 coastal pavilions that will be built to rejuvenate the public space along the coast of the historic port city. MAD Architects’ biomorphic, two-story organic form consists of 11,000 square feet of space for reading, a cafe, and bike storage.

Led by Ma Yansong, Dang Qun, and Yosuke Hayano, MAD Architects is an international firm known for its anti-material approach and biomorphic designs, such as the Harbin Opera House and Yiwu Grand Theatre, which just broke ground. “We want the building to be an urban space that people would like to make part of their daily lives,” said Ma Yansong, MAD founder and principal partner. “Architecture, art, humanity, and nature meet here, and they will open up a journey of visitors’ imaginations to explore and appreciate the meaning that different beauty brings to their lives.”

The interior and exterior were both cast in fair-faced concrete, an advanced, smoother material that was manufactured by Yihuida Shmizu Concrete. All joints and surfaces are free-cast and exhibit no right angles, proving to be one of the most challenging cast-in-place fair-faced concrete projects in the province of Hainan Province. The building’s roof and floors used beamless slabs, while the interior of the building utilizes double-layered waffle slabs that are irregularly shaped to help reduce the dead load and make it easier to fit electrical systems with the structure. All plumbing, electrical, and mechanical systems are hidden within the concrete cavity to maximize the visual consistency in the material throughout the project. MAD Architects work with facade consultants RFR Shanghai, who they also collaborated with on the similarly sinuous Chaoyang Park Plaza in Beijing.

Cloudscape was fabricated in close relation to its 3D models; Maya, Rhino, Grasshopper, and AutoCAD were all used across the architectural team and structural engineer Yang Xiaotian of the East China Architectural Design & Research Institute. Final forms were CNC-cut meticulously to fit the glazing elements at the ground floor and at the two second-story terraces.