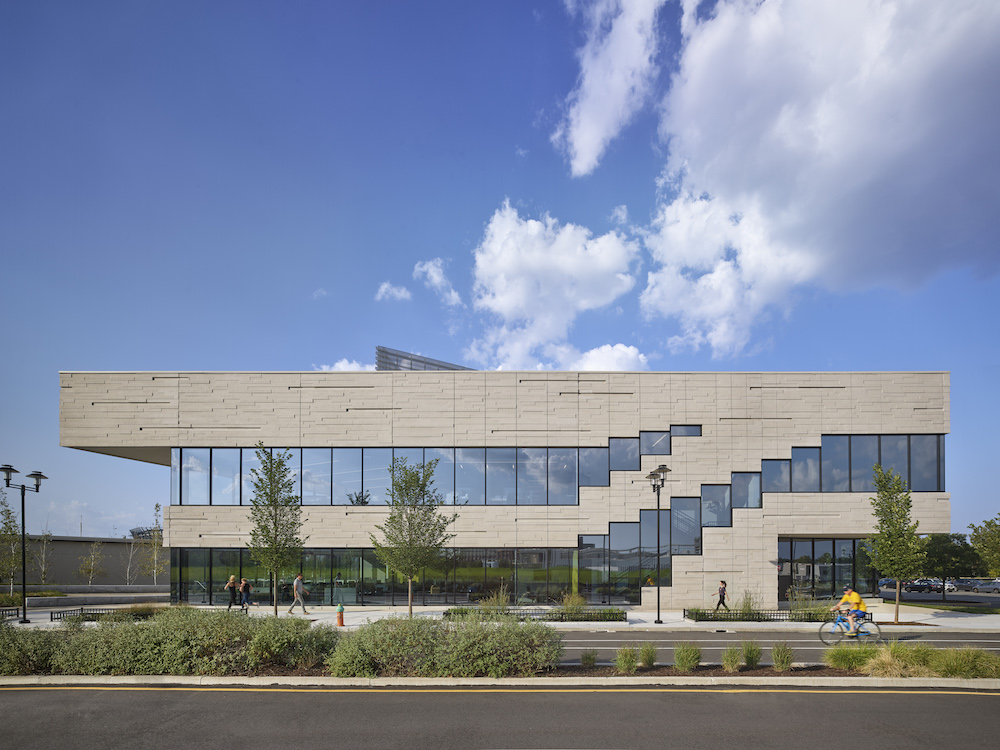 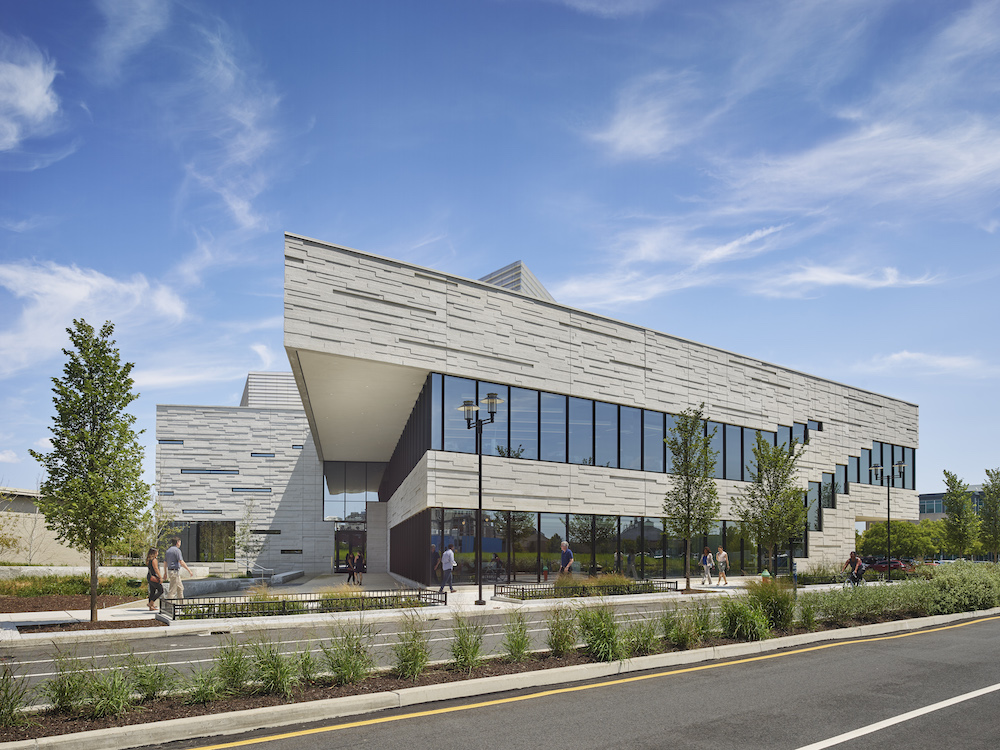 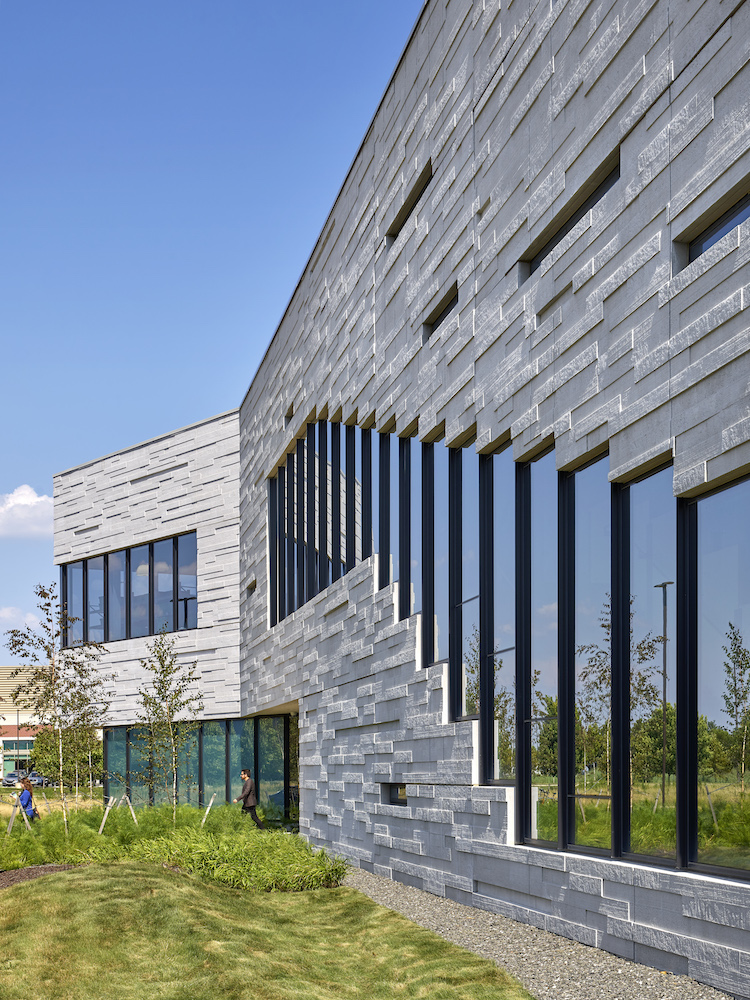 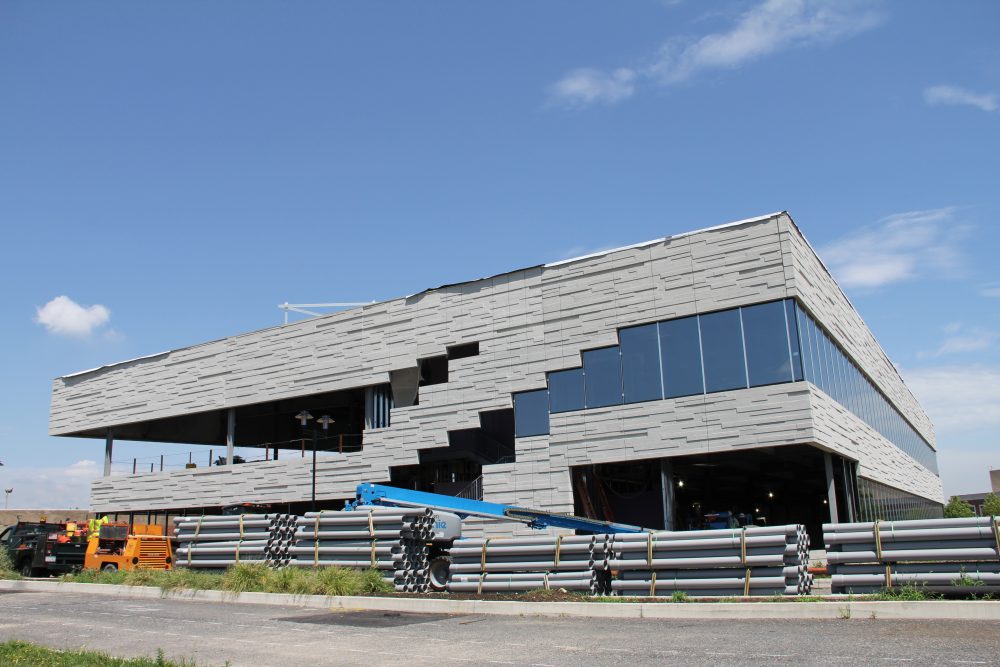 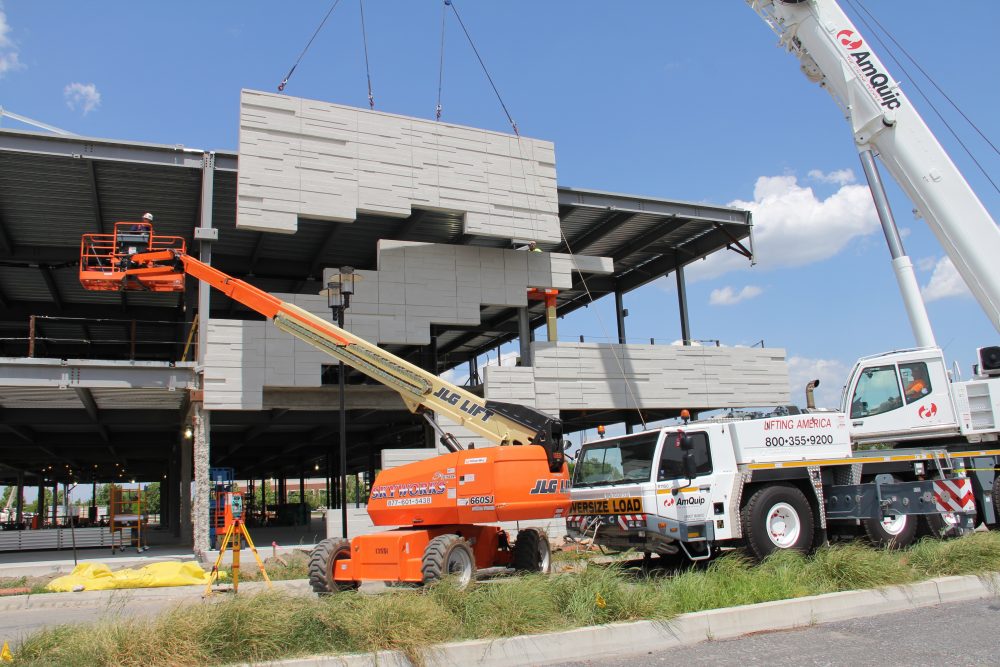 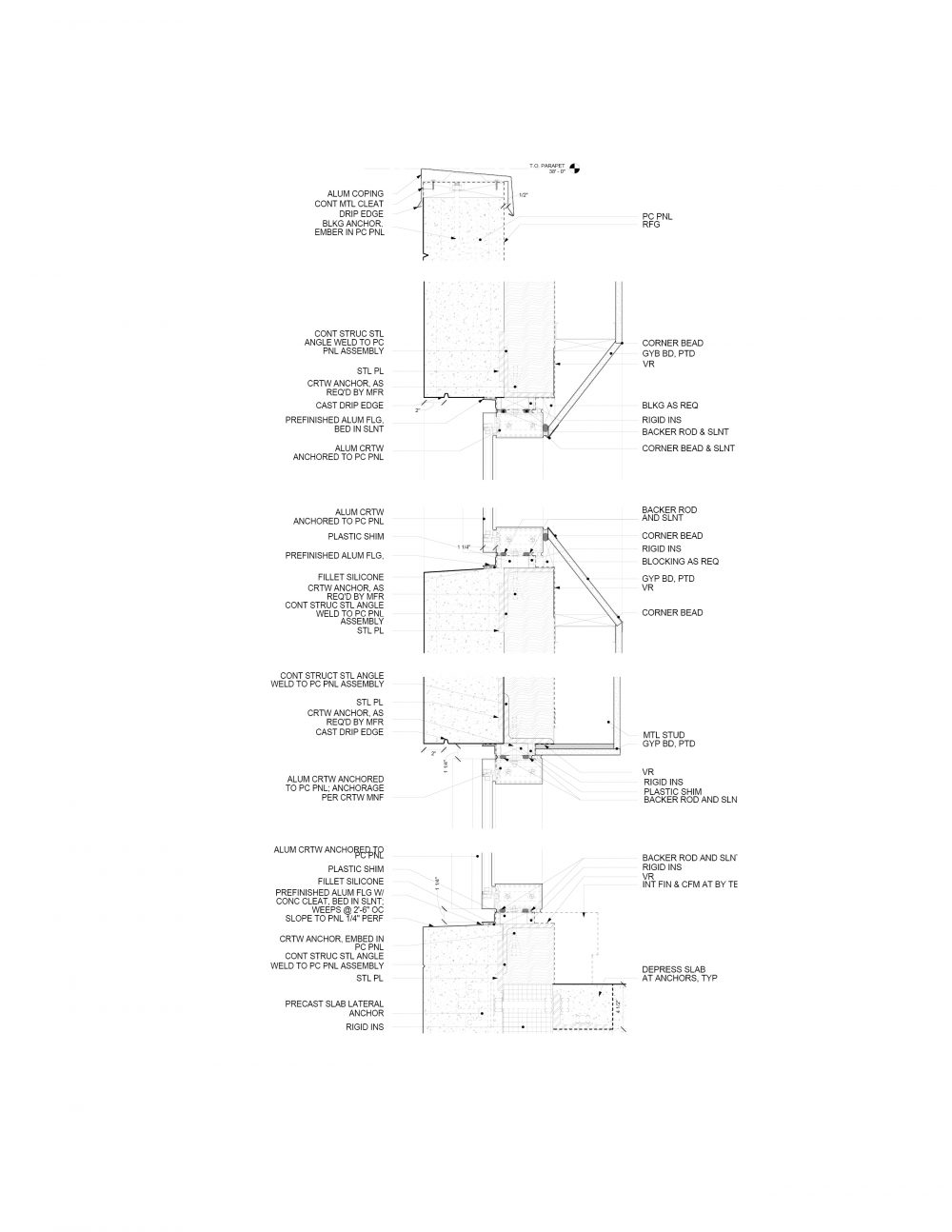 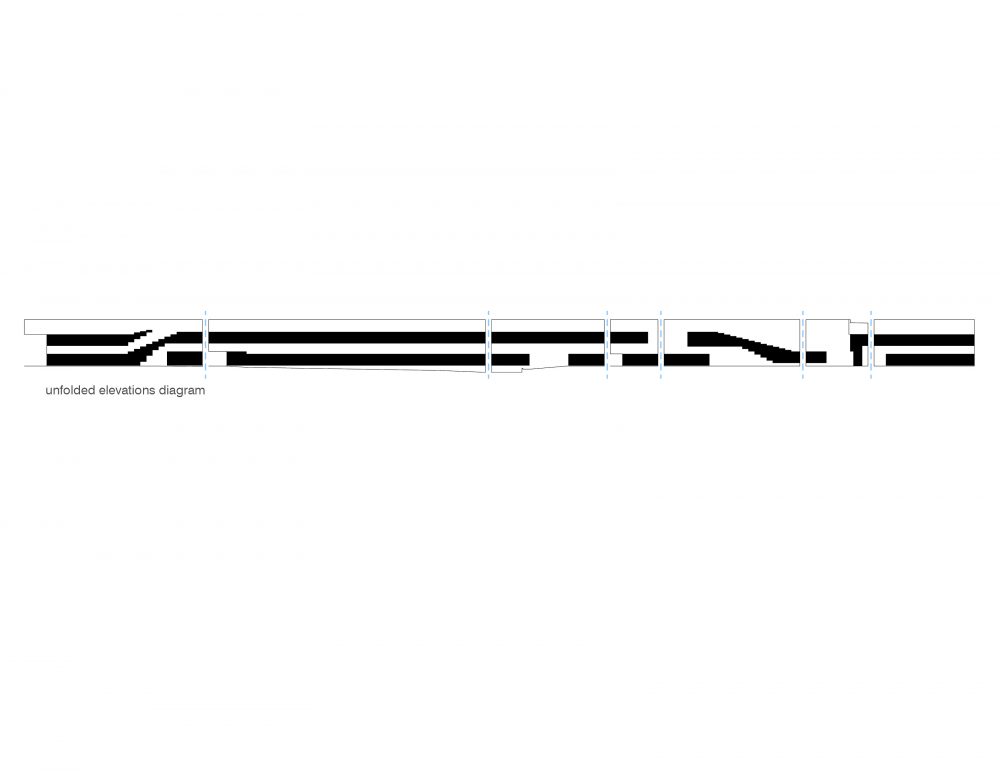 <
►
>
351 Rouse by DIGSAU is a new laboratory for Adaptimmune. (Halkin Mason Architectural Photography)

The Philadelphia Navy Yard, similar to other waterfront areas across the country, is undergoing a two-decades-long transformation from a declining industrial district to a burgeoning office park. A significant number of businesses have located to the adaptively reused warehouses, while others are opting for entirely new construction. 351 Rouse Street, which is the U.S Headquarters of medical research laboratory Adaptimmune, is a recent addition to the area designed by architectural firm DIGSAU and clad in prefabricated concrete panels.

DIGSAU, who are located a few miles north of the Philadelphia Navy Yard, are not unfamiliar with the site, having completed a similarly prefabricated concrete office building just down Rouse Street in 2015.

Irregular sites require thoughtful and straightforward design and structural solutions; the project is located adjacent to an electrical substation, underground utility lines, and a nearby lot slated for future development. In response to this setting, DIGSAU developed a low-slung and, at certain moments, cantilevered massing for the nearly 50,000-square-foot structure.

The overall character of the massing is extenuated by the horizontal impressions of the wood formwork. The light-gray surface is semi-reminiscent of a striated archeological section; the extruded and recessed finish alternates between rough and smooth grain and is broken up by ribbons of fenestration.

The economy of the facade impression was significantly influenced by the budgetary and timeline constraints of the project, and the total tab for the project was an impressively tight $10 million. “The precast spandrel panels and ribbon windows are market-driven development approaches that have proven to be highly effective for controlling costs and speeding up construction timelines,” said DIGSAU principal Mark Sanderson. “We were intrigued about how we might both embrace and deny these techniques simultaneously: the repetitive precast patterning is interrupted with vertical joints that increase in density where the ribbon windows are agitated.”

Installation of the panels had to be fairly straightforward to meet the tight timetable of the project. To this end, weld plates were cast into each facade unit which were then subsequently hoisted into place and welded to the steel frame. Once in place, the panels simultaneously function as both external cladding as well as support for the high climate-controlled YKK framing of the ribbon window.

DIGSAU Associate Elizabeth Kahley will be joining the panel “Medium-sized and Mixed-use Projects: Opportunities for Creative Mix of Materials and Scale” at The Architect’s Newspaper‘s upcoming Facades+ Philadelphia conference on October 18.