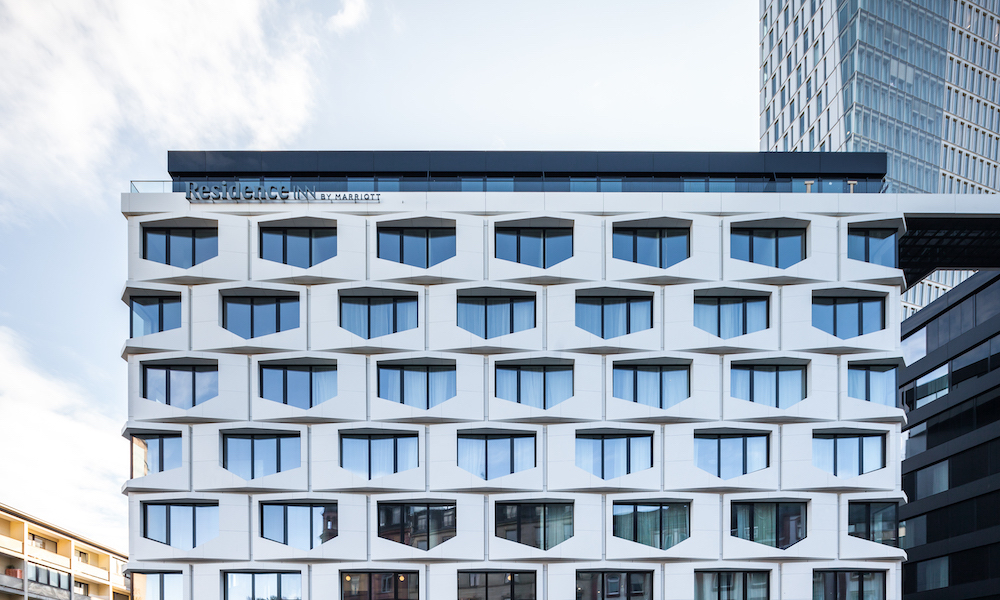 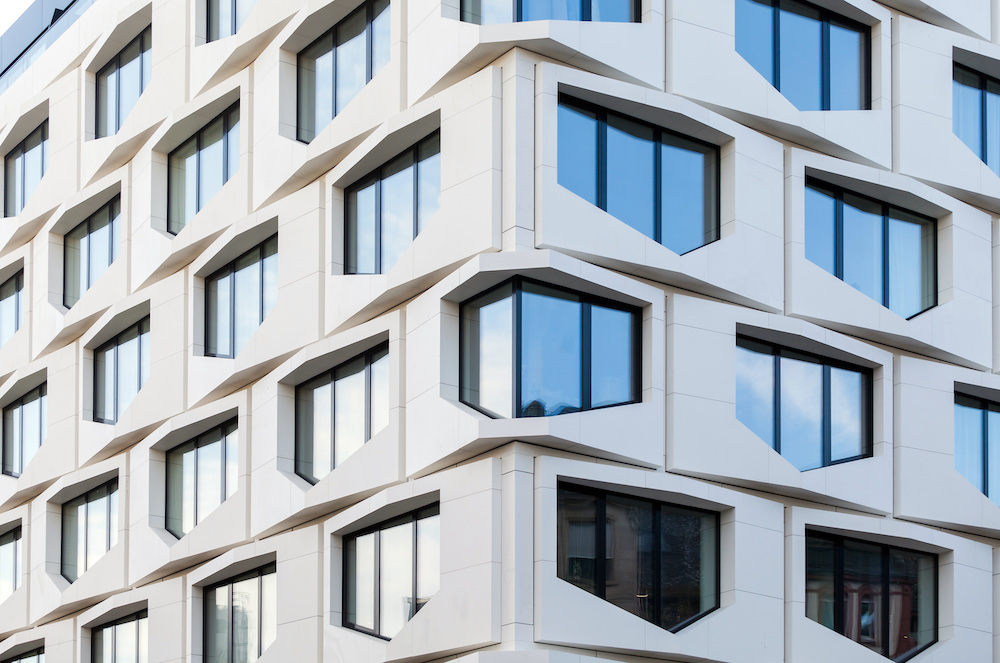 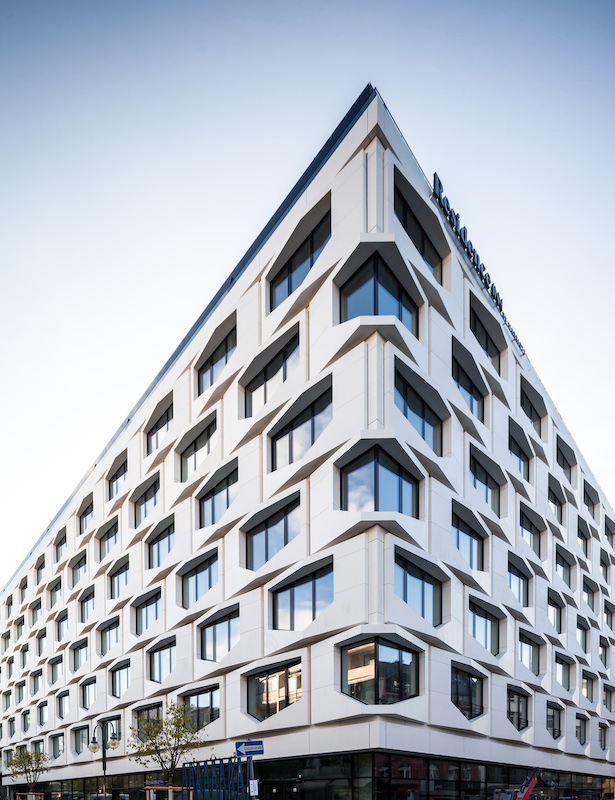 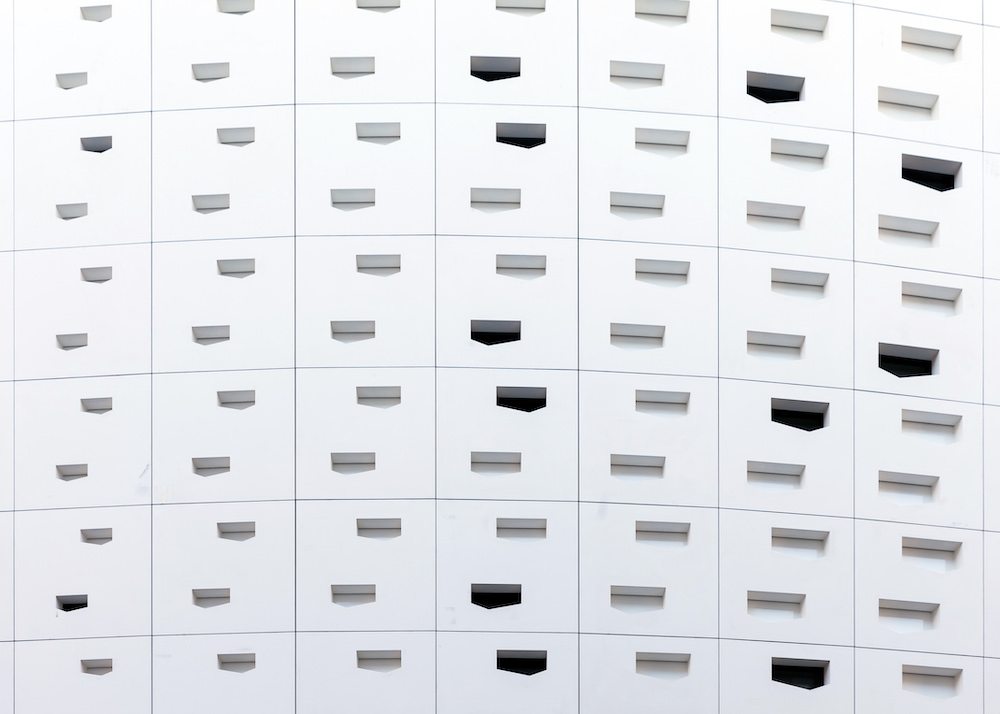 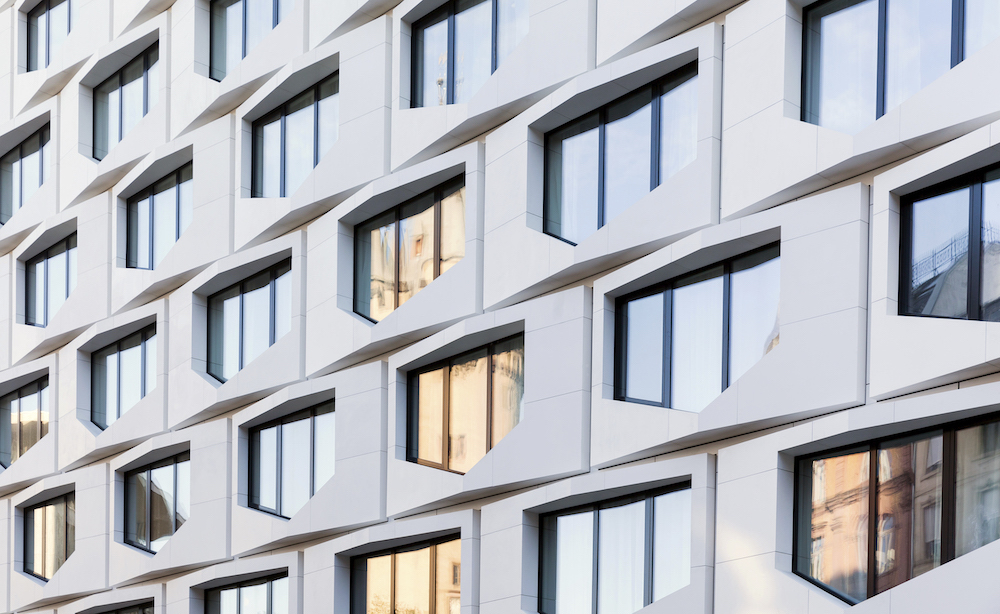 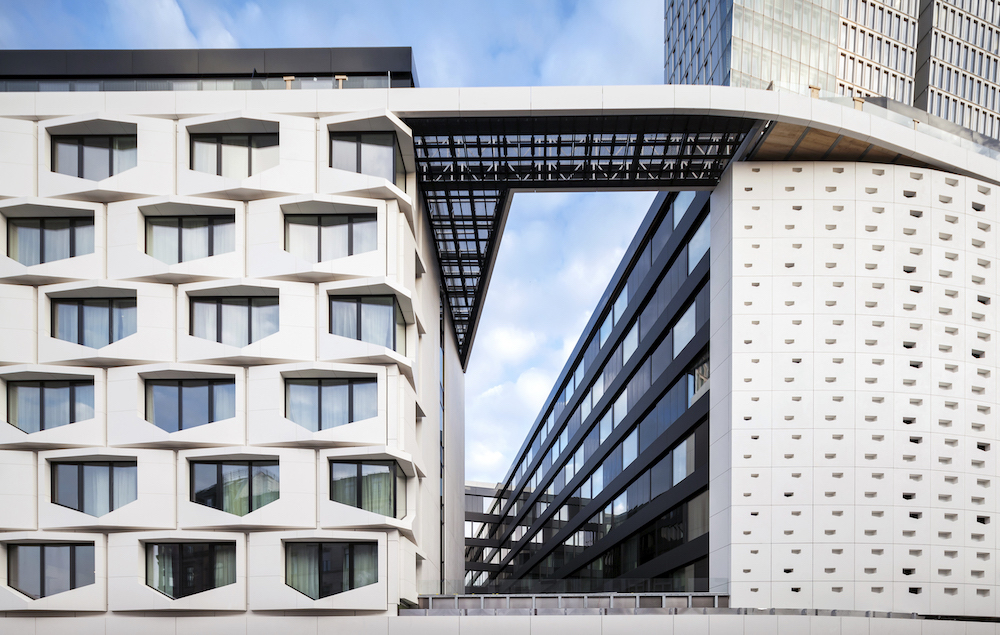 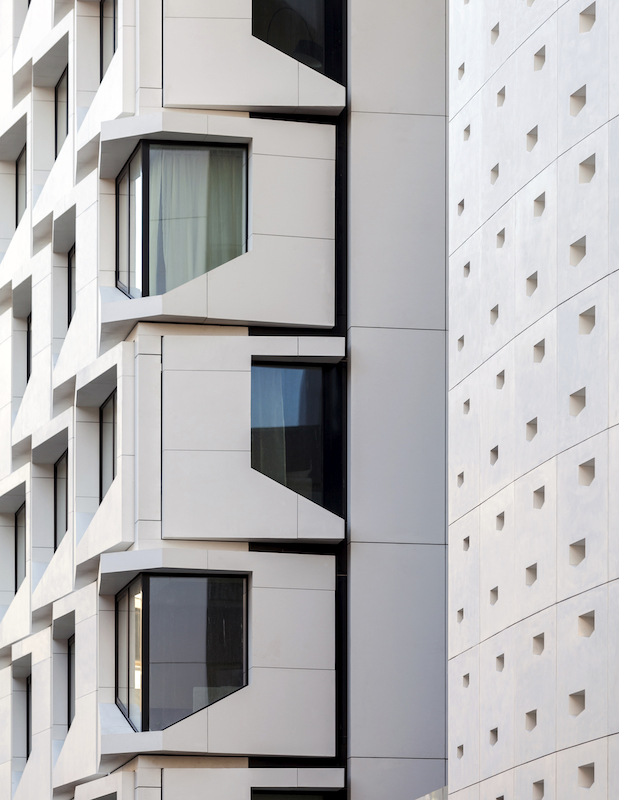 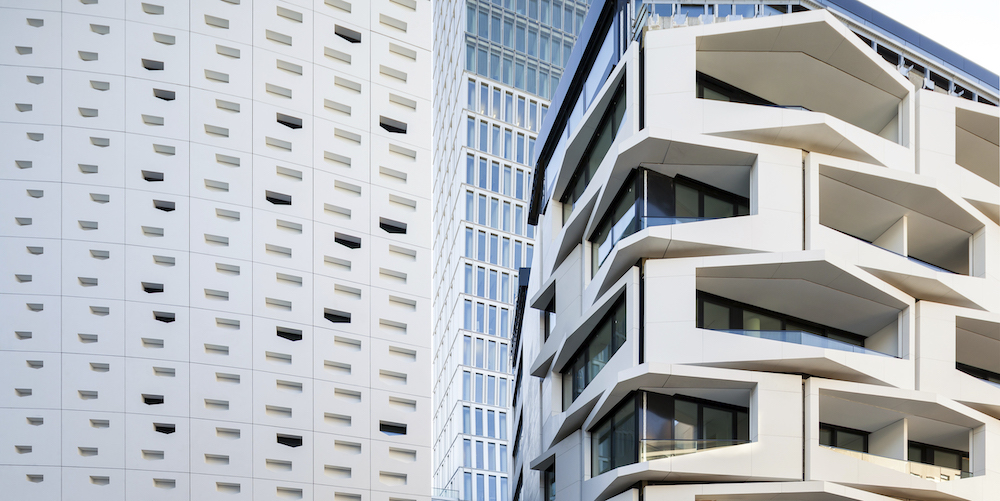 <
►
>
The facade panels for the hotel wing of the project hug the facade while those of the residences project further outward. (Courtesy Neolith)

Completed this year, the Flare of Frankfurt is a seven-story, mixed-use project of hotel rooms, residences, and offices located in the center of the German city. The 260,000-square-foot project, designed by German-Iranian architectural practice Hadi Teherani, is clad in three-dimensional slabs of sintered stone.

The massing of the complex matches the cornice line of the surrounding historic building stock and is split in two by a courtyard—offices and hotel rooms to one side and residences to the other. Between the wings is a smoothed facade segment with small punched openings. Window openings for the rest of the street-facing elevations are rhythmic, with the panels overlayed in a form reminiscent of a stretcher-bond brick pattern, albeit oversized and projecting from the structure.

For the design team, the diversity of surrounding structures was a characteristic to embrace and embed within the facade’s design. The project is located on the northern terminus of Frankfurt’s Grosse Eschenheimer Strasse, a north-south axis squarely embedded within the city center. Frankfurt, like much of Germany, was severely damaged during World War II. As a result of wartime damage, the general streetscape of the city is marked by rehabilitated historic structures linked by post-war modern and contemporary infill.

“We wanted a strong coherence of the design language throughout the project in order to lead to a compelling address in the city of Frankfurt,” said Hadi Teherani Senior Architect Christian Bergmann. “It takes up elements of the surrounding building which come from a variety of different epochs—bay windows of stone-clad listed houses from the turn of the century and curtained post-war structures from the 1950s onward.”

Produced by Neolith, the three-dimensional sintered Arctic White Silk panels measure approximately 10 feet by 38 feet. The panels are produced with the use of three principal resources: granite powder, glass minerals and silica, and natural oxides. To create the slabs, the materials are subjected to extremely high pressure and are subsequently baked in a kiln where temperatures top out at 2200° F—the result is a cladding and surfacing material similar to stone in both appearance and performance.

The approximately quarter-inch-thick sintered stone slabs are mounted atop a facade system, Lithodecor’s Airtec Stone, consisting of an aluminum substructure placed along a lightweight concrete base. After the panels were assembled, Lithodecor coordinated with the contractor to transport the system through Frankfurt’s narrow street network to the site. According to Lithodecor’s head of product management, Phillip Wirtz, the panels were “literally hooked onto supporting steel beams, a process requiring a high degree of precision.”