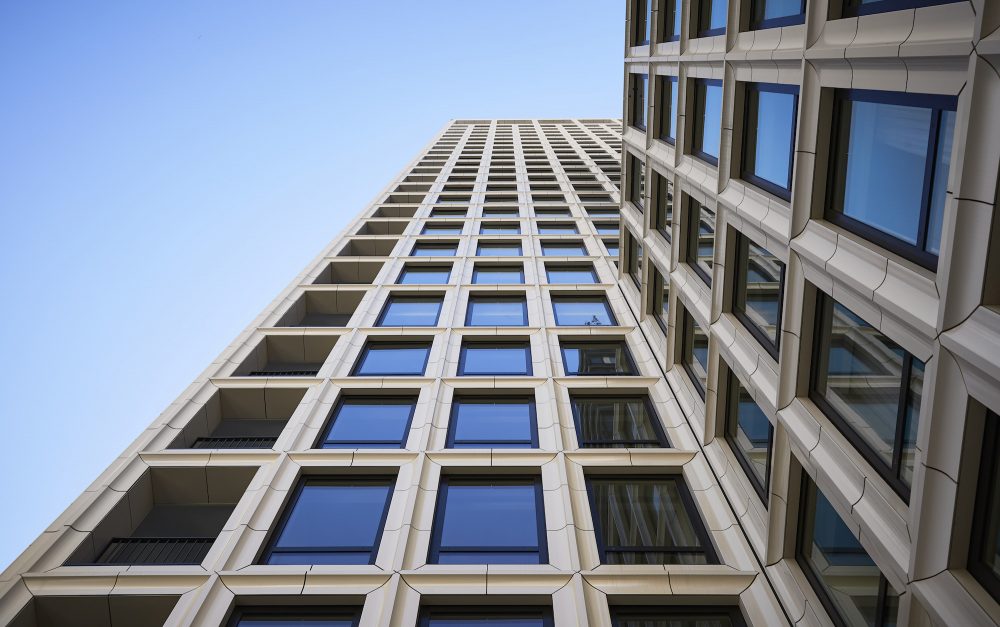 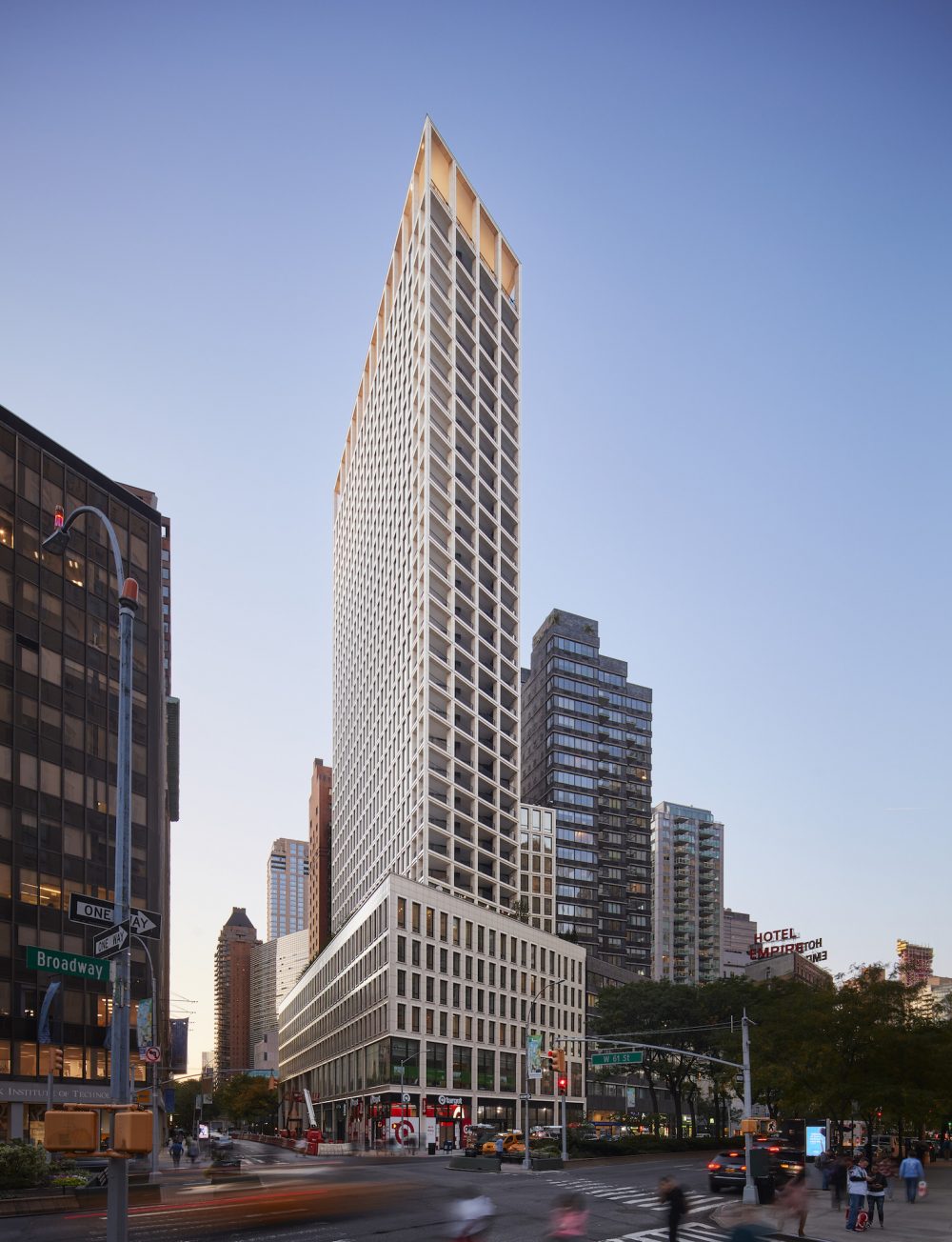 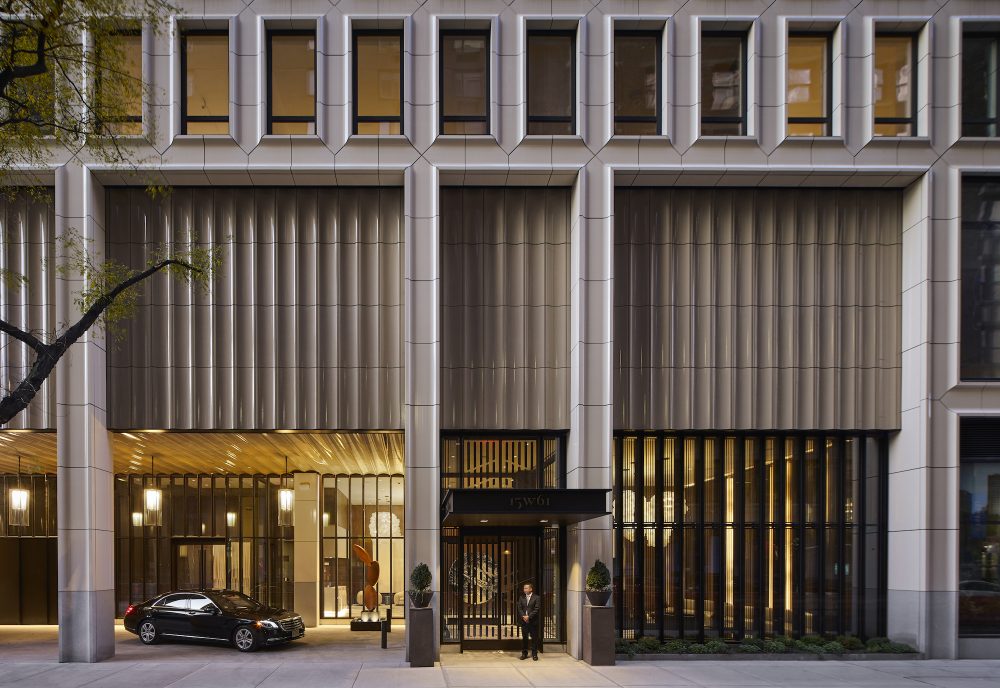 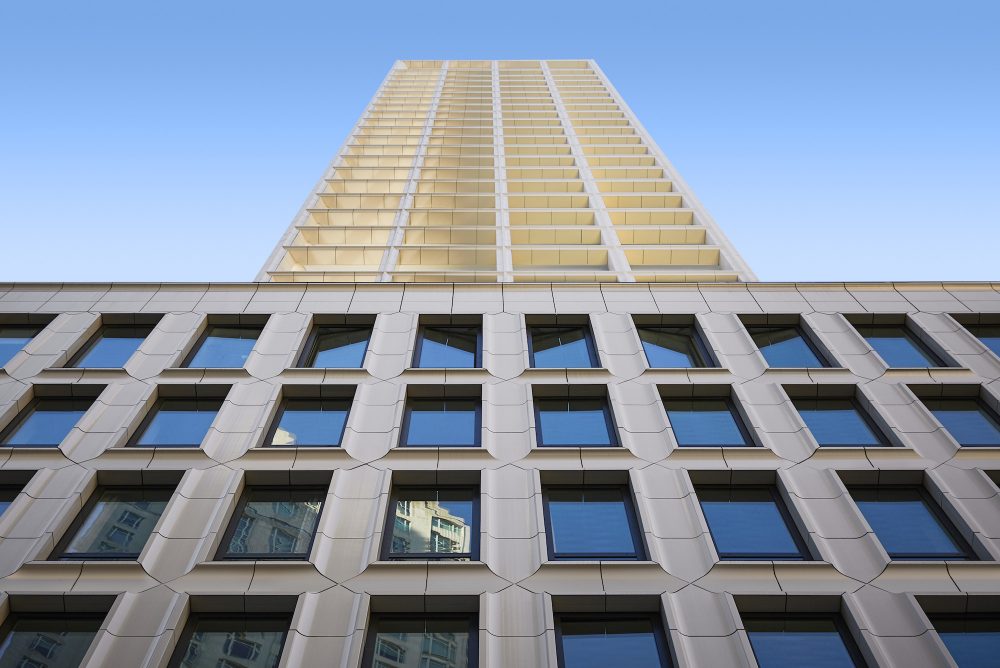 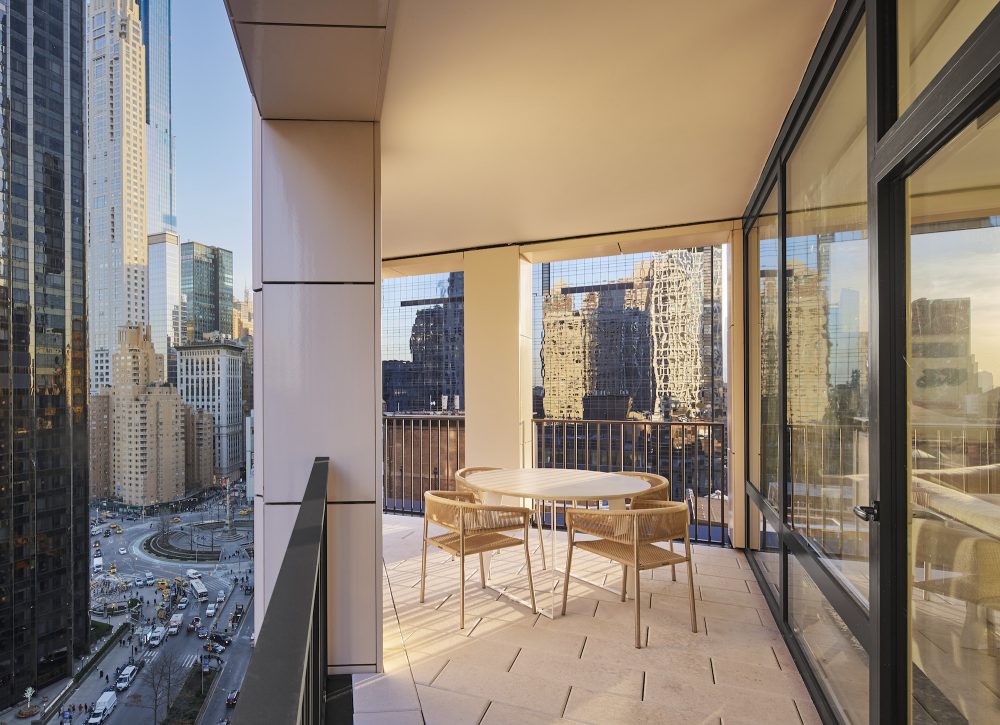 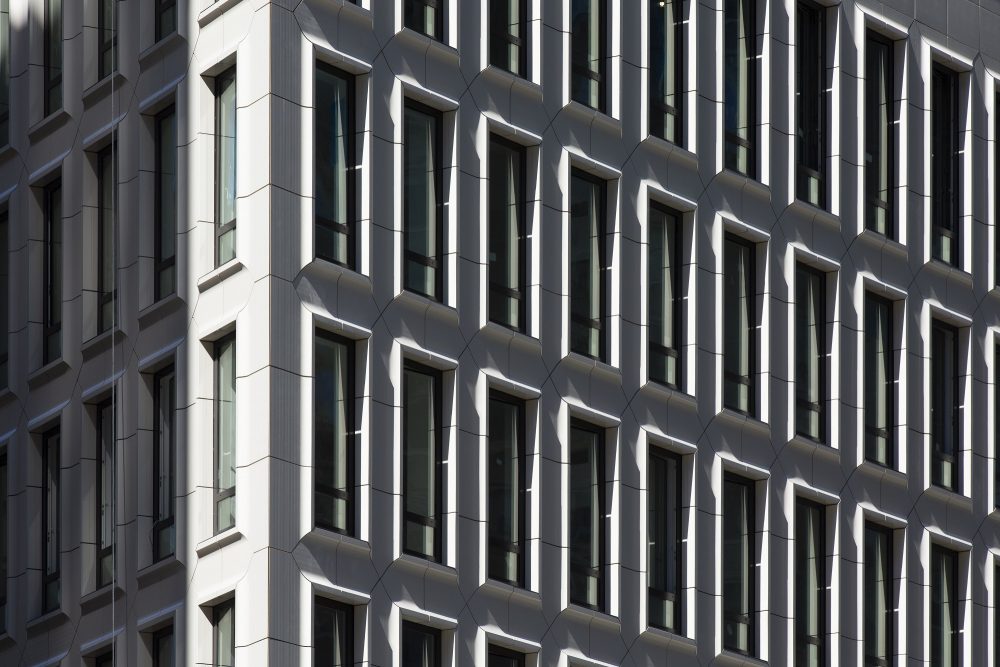 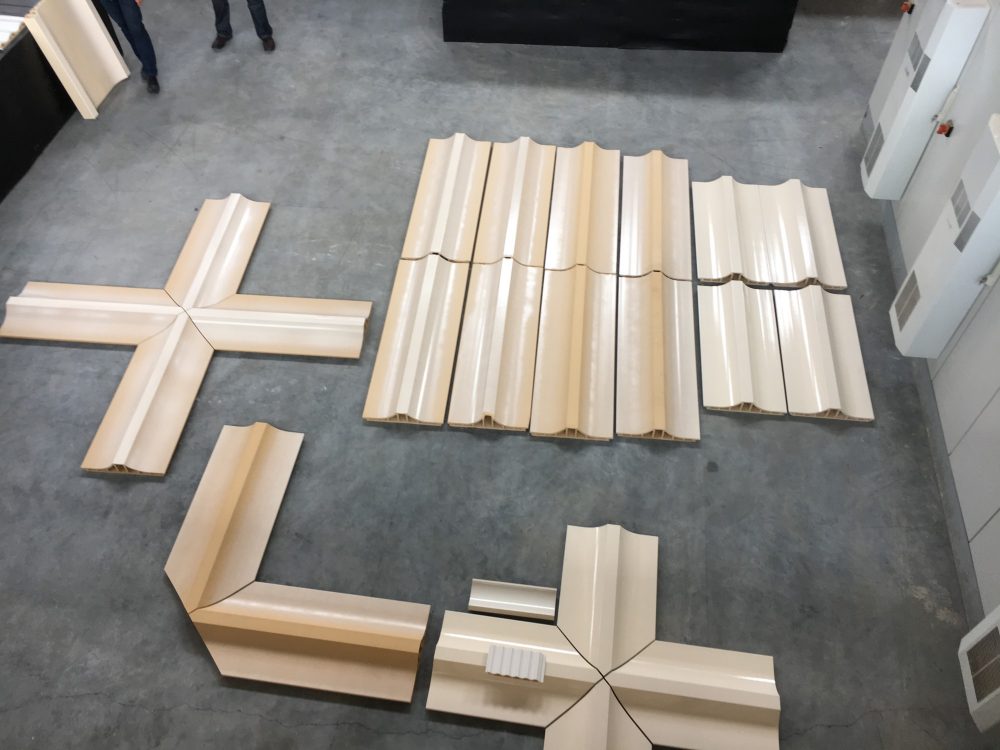 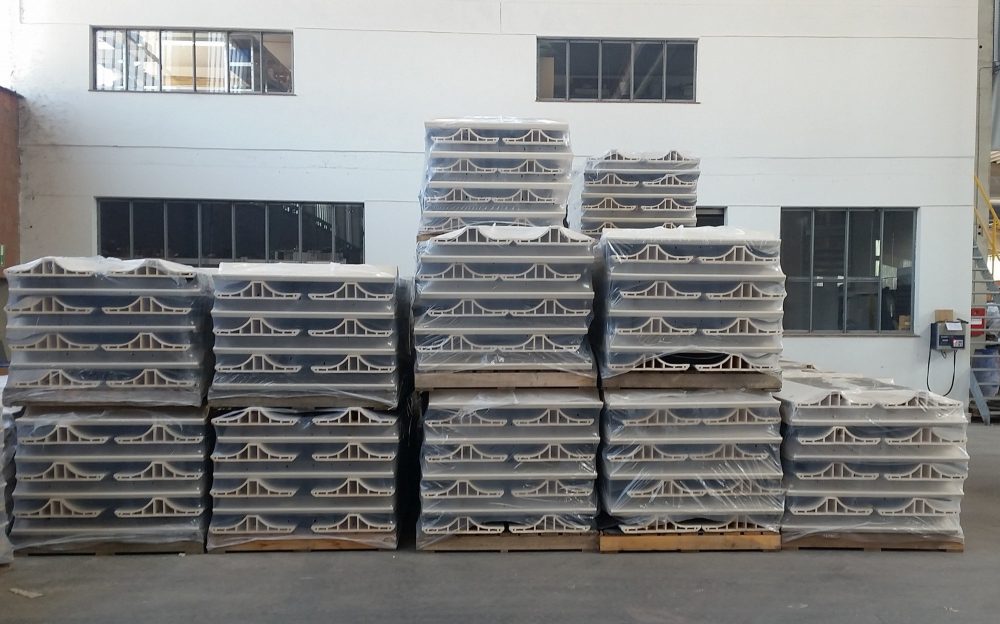 <
►
>
The Park Loggia, located on the Upper West Side, is designed by SOM and is clad in custom terra-cotta panels. (David Burke/SOM)

Broadway is a competitive locale for any new tower. The avenue, running from Manhattan’s Bowling Green to the upper reaches of Westchester, is home to some of New York’s most recognizable and adored architectural treasures. The challenge for any firm completing a project in such a setting is to establish a unique identity whilst fitting in with the neighbors; SOM’s Park Loggia on the Upper West Side does just that with a thoughtfully detailed and glazed rainscreen grid of extruded terra-cotta panels.

The 32-story tower is located on a prominent corner site and rises from a street-ringed podium—the terra-cotta is both fluted and reeded at the entrance—that follows the westward-tilt of Broadway. A dramatic setback occurs at the seventh story, and the building splinters into two separate volumes; one rising directly and studded with loggias, the other shorter and twisting southward.

Ornament is restrained across the tower: historicist elements are largely found in the fluted corner conditions and the subtly curved window surrounds and cornice, which protrude from the facade by up to nearly eight inches. And, at least at the podium level, there is more than passing resemblance to Cass Gilbert’s Egyptian Revival Austin, Nichols and Company Warehouse in Williamsburg, albeit removed from the post-industrial waterfront. “Early on, we were inspired by the rich vocabulary of the Upper West Side’s facades—which includes punched windows articulated by elegant carved or molded filagree,” said SOM design partner Chris Cooper. “We wanted to evoke this depth, richness, and opacity, but in a contemporary manner that would read as light and detailed.”

Shildan Group, the American-and-German terra-cotta panel and systems manufacturer, worked closely with the SOM team throughout the design process. “Early renderings showed the Park Loggia with a white glazed finish, and what started as conversations about color, glaze options, and the research and development process soon transitioned to the intricacies of matters such as paint chips and small lab samples,” said Shildan president Moshe Steinmetz. “We then developed a custom range of tones with different levels of glazing, and a range of panel shapes to gauge their effect on the glaze. The architect and owners made several visits to our factory in Germany to view the mockups, tweak the color, and discuss construction challenges of the different profiles and best practices.” The final result is a clear champagne color, with a subtle and slightly reflective glaze.

In total there are approximately 15-panel shapes found across the facade, the largest reaching dimensions of 30-inches-by-48-inches. There is a degree of complexity in the post-firing treatment of the terra-cotta panels; both the corner and spandrel conditions were waterjet cut into their geometries, the latter resembling an oversized miter cut. The substructure supporting the facade panels is composed of vertically and horizontally oriented profiles, each outfitted with a stainless steel spring to lock individual panels in place following installation.