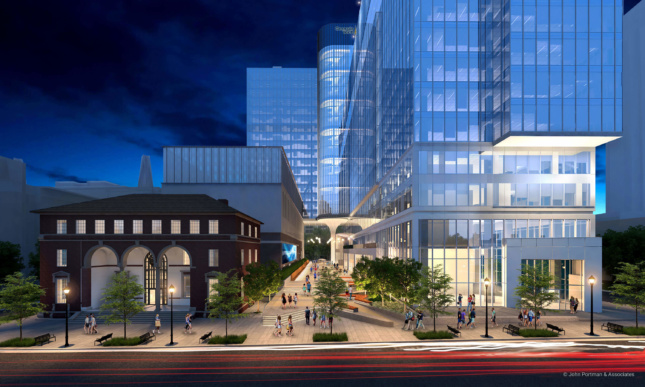 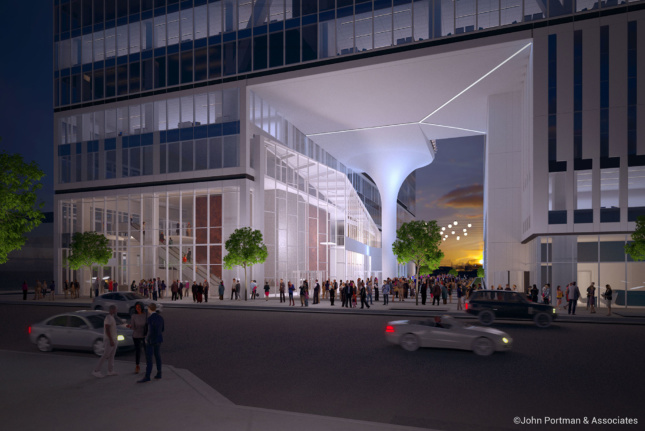 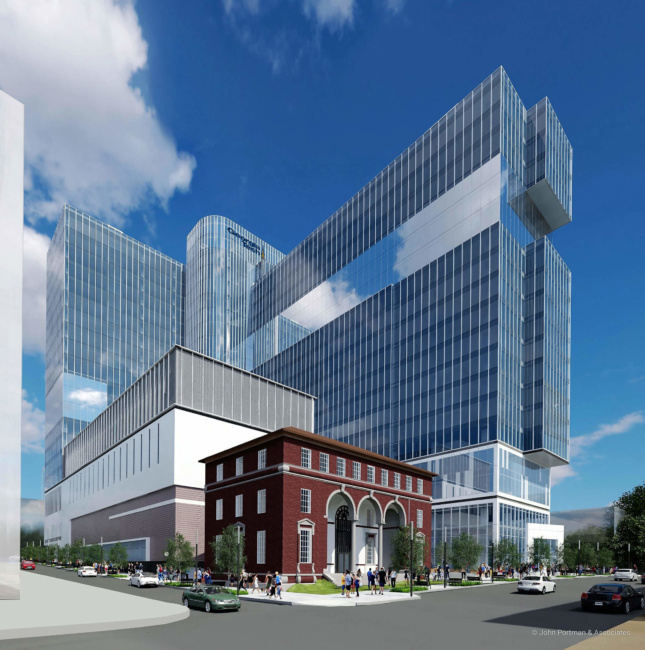 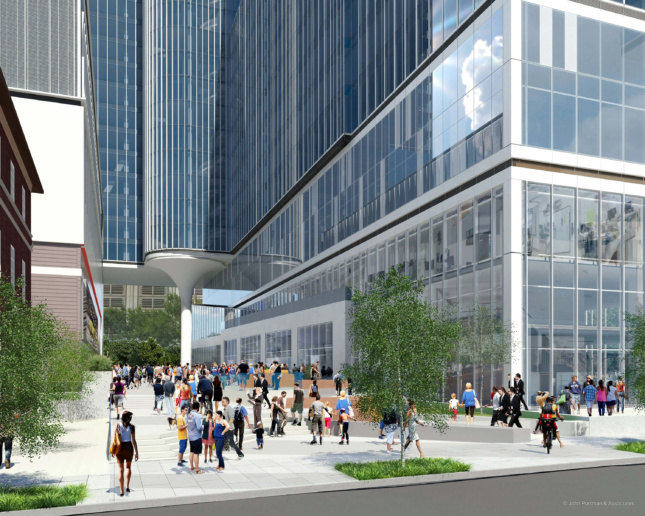 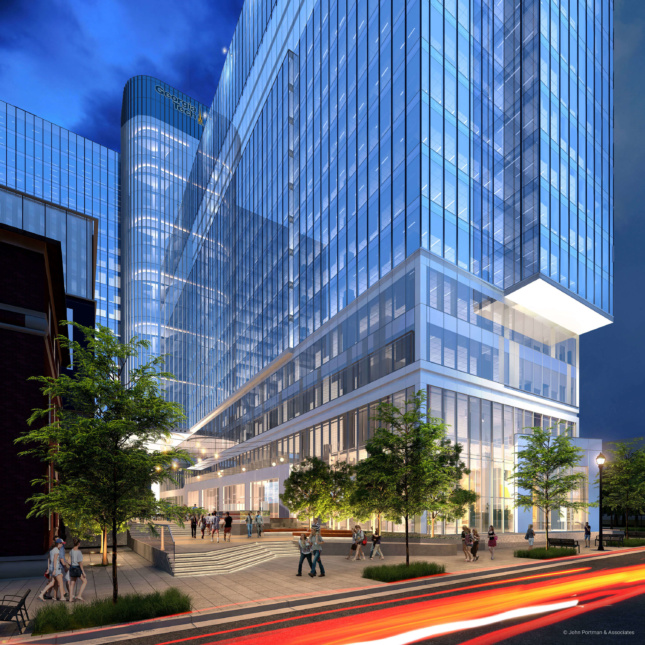 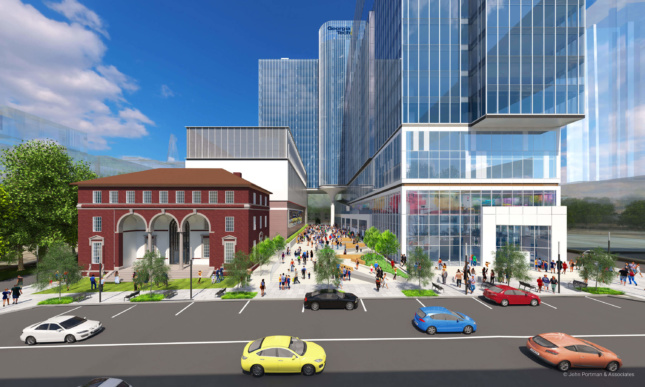 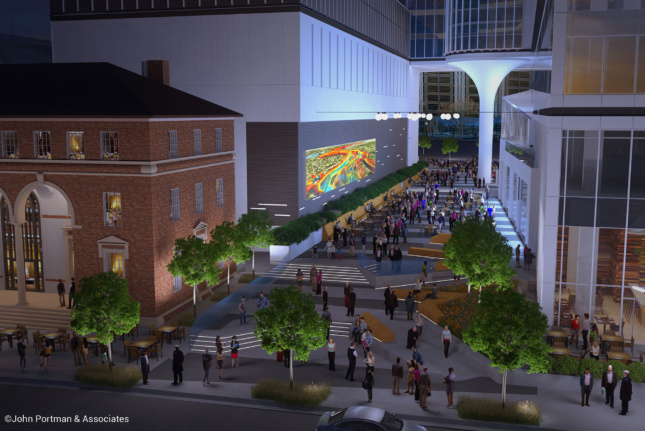 <
►
>
Through its midtown hub, Georgia Tech is priming Atlanta for an influx of technology jobs (Courtesy John Portman & Associates)

Since the earliest days of the technology industry, home has been Silicon Valley. However, there are some signs the tide is turning and heading towards the east. Attempting to capitalize on an impending Atlanta tech boom is The Georgia Institute of Technology, which is due to move into Coda, a mixed-use development in Midtown Atlanta’s Tech Square, in 2019.

Designing a building fit for such a brief is John Portman & Associates. The Atlanta-based firm has integrated a 645,000 square feet of office space, a high-performance data center, retail and collaboration space within the development, all while accommodating a former Crum & Forster insurance house that dates back  1927.

Pierluca Maffey, a principal at the architecture firm, said the project was “all about” the Italian Renaissance Revival structure that, upon close inspection, is more than just a rudimentary brick building. Atlanta firm Ivey & Crook worked with New York-based Helmle, Corbett & Harrison to design limestone flourishes, notably three arches topped by owls and a lion, which serve as keystones. “It was immediately considered as a jewel,” noted Maffey.

Though two-thirds of the historic building was lost in 2012, its iconic features remain. Now the former insurance house is being repurposed as a restaurant. Adjacent will be a slightly taller data center which employs chilled beams along with captured greywater deployed in cooling towers to aid temperature control. Furthermore, the center retains some proportions of its older neighbor and also serves as a stepping stone to the larger massing behind it.

This glass-clad part of the project is where most of the program is housed. Across 21 floors will be mostly offices, half of which will be for the university, which owns the whole complex, while the rest of the office space is currently being leased out. Retail and conference areas are located on the first two levels.

Connecting all these areas will be what Maffey described as a “collaborative core,” intended to drive fast-tracked connections through intentional cross-tenant “neighborhoods,” supplemented by “collaborative lounges” on each floor of the building. For the levels occupied by Georgia Tech, a staircase atrium, intersected at every third level, will indicate the university’s presence as the building’s hub and connect it visually and physically to other tenants.

Externally, a glass curtain wall makes up most of the facade. However, this is divided by a band of glass panes that are each individually calibrated, in lieu of lighting studies, to varying levels of translucency and reflectivity to produce a gradient effect that wraps around the building.

Pierluca Maffey will be speaking about Coda in greater detail at the upcoming Facades+AM Conference in Atlanta this January 26. He will be on a panel discussing innovations in mixed-use and residential projects in Midtown Atlanta. To find out more, please visit am.facadesplus.com. Seating is limited.