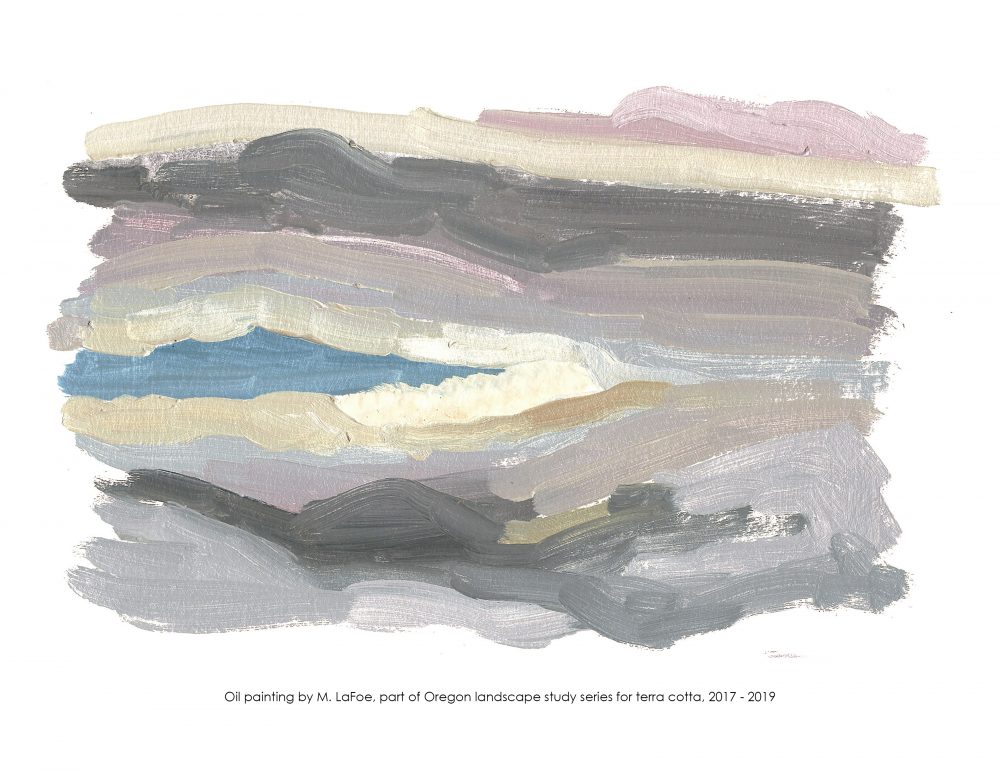 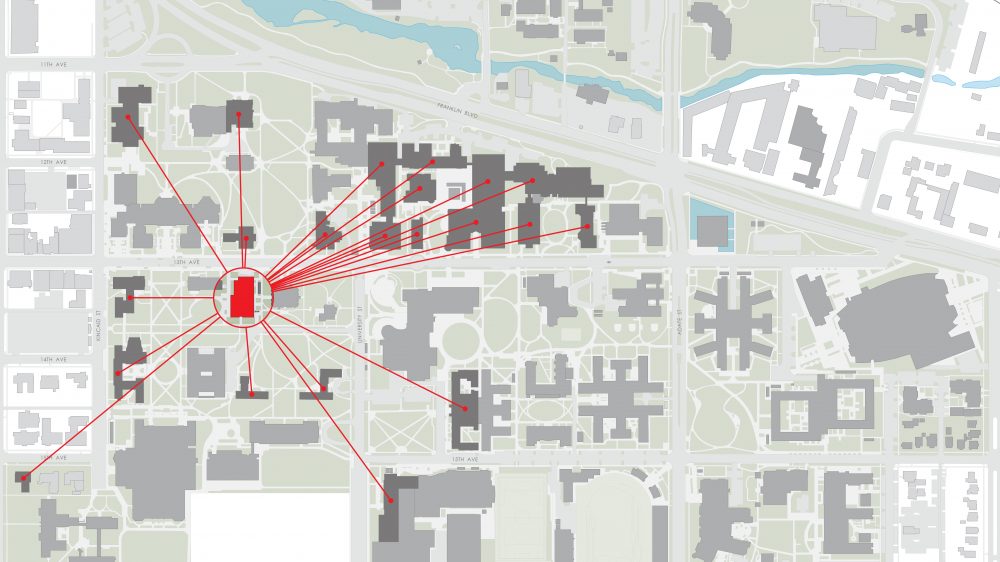 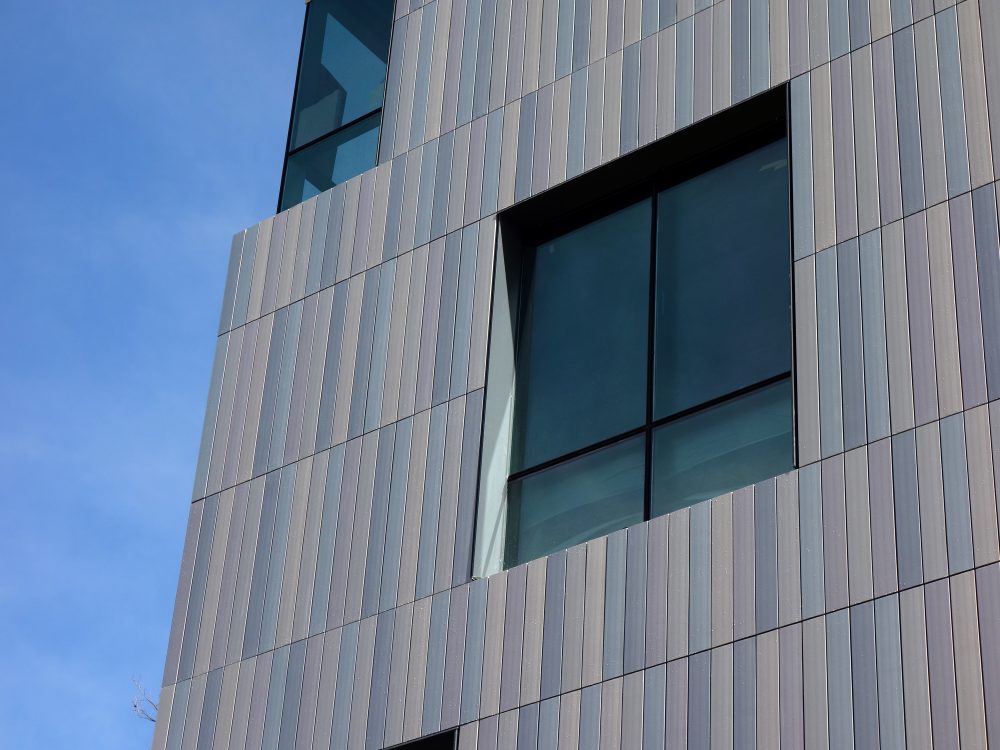 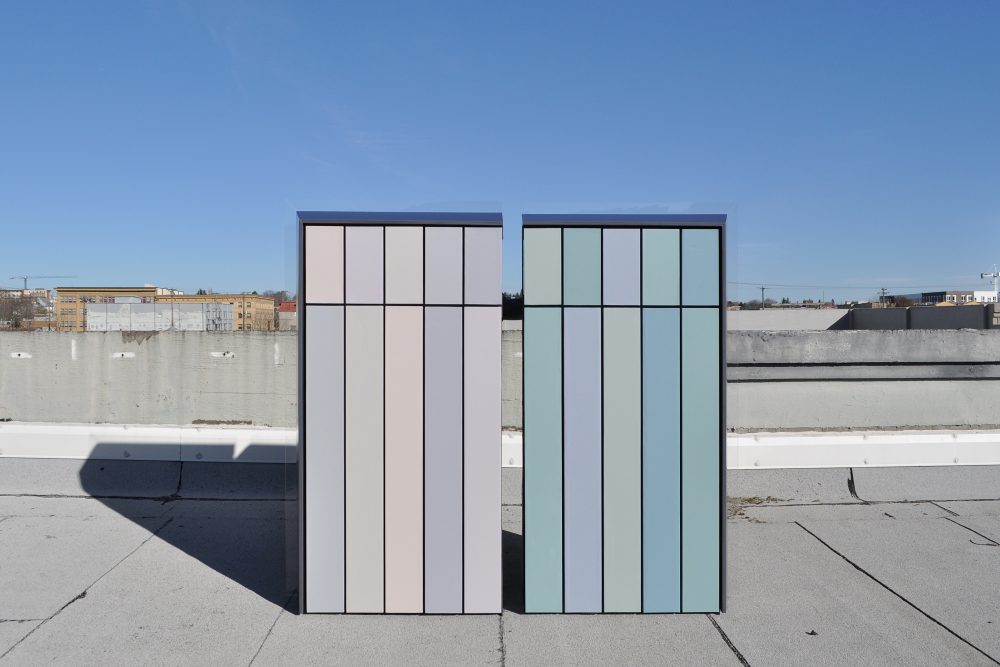 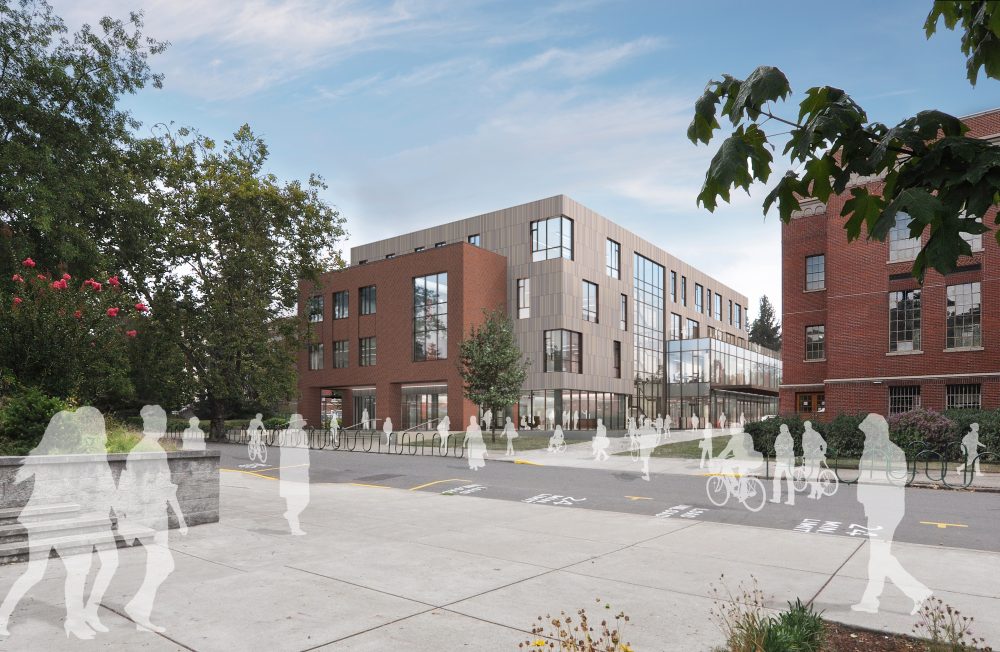 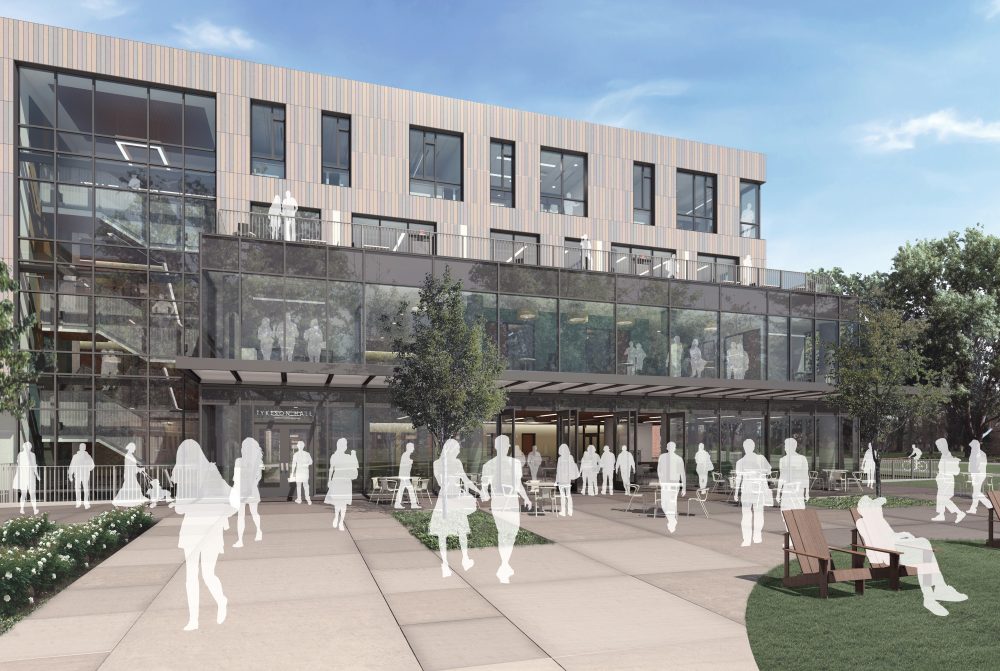 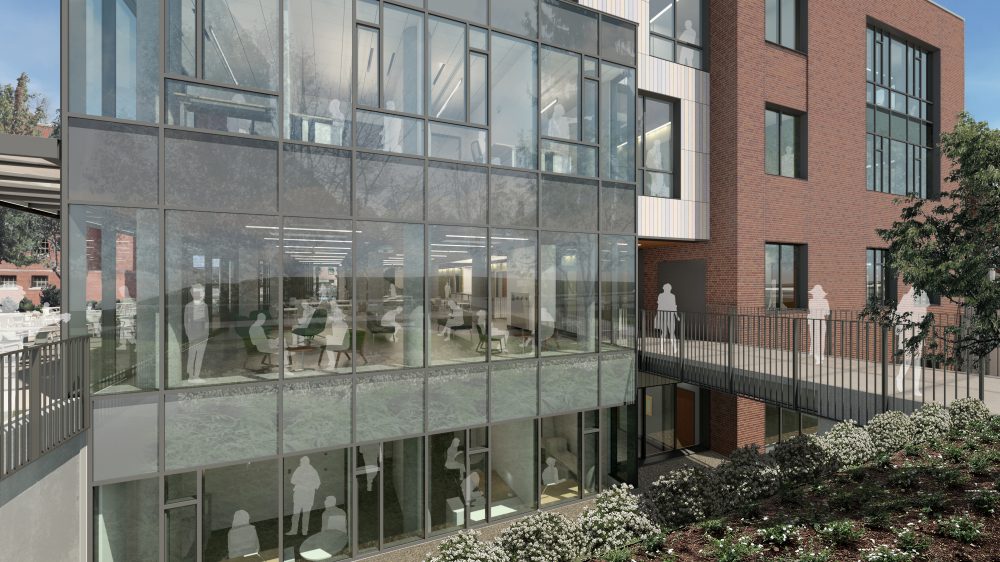 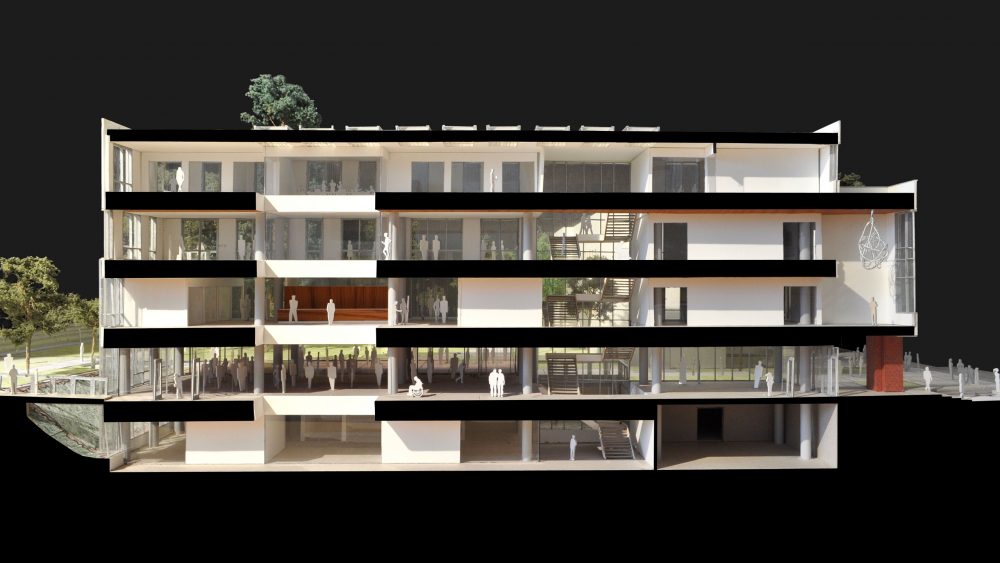 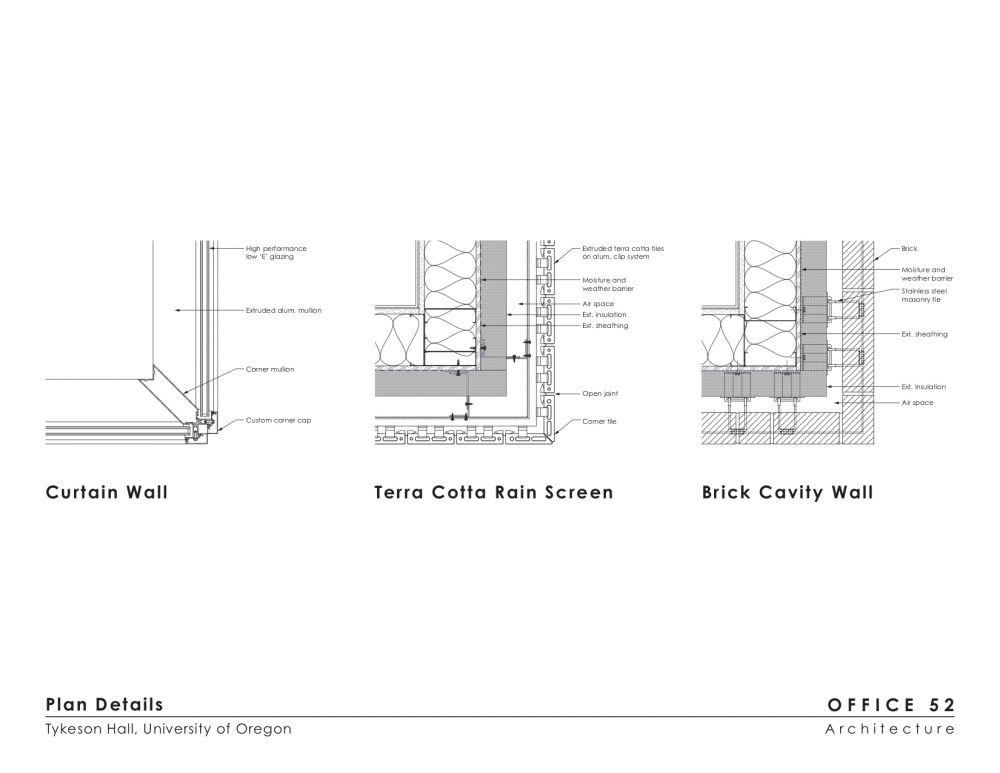 Tykeson Hall, currently wrapping up construction, is nestled in the center of the University of Oregon’s Eugene campus. Designed by Portland’s OFFICE 52 Architecture, the intervention consolidates classrooms, academic advisors, counseling, and tutoring for nearly 23,000 students under one roof. The 64,000-square-foot academic building carefully inserts itself into the campus with a variegated terra-cotta and brick facade with moments of glass curtain wall.

The building, like much of the campus, rises as a rectangular mass with a series of incisions and setbacks for daylighting and programmatic purposes. To match with the cornice height of the surrounding structures, Tykeson Hall tops out at four stories.

The principal material for the exterior envelope is a terra-cotta rainscreen system composed of 3,100 vertical tiles manufactured in Germany by the Shildan Group. This is the first application of terra-cotta on the historic campus in over eighty years—and earlier examples are chiefly decorative rather than performative. All of the terra-cotta tiles roughly measure six inches by three-to-five feet and are clipped to an aluminum grid at both their top and bottom. In using such a straightforward fastening method, the tiles can be easily removed, repaired, or replaced.

Visually striking from multiple vantage points across the campus, the pattern of the matte-glazed terra-cotta tiles was developed from the study of Oregon’s natural landscape and the architectural context of the University of Oregon’s campus. “We looked at numerous color combinations and determined that five colors were necessary so that no color was ever repeated adjacent to itself on any side,” said Office 52 founding principal Michelle LaFoe and principal Isaac Campbell. “We then produced keyed drawings that called out every one of the 3,100 tiles, and we made full-scale mock-ups of the final options in our studio. The final resolution of the palette came down to a gray palette that had both warm and cool colors.”

The most common material element found throughout the campus is brick, loadbearing in the case of historic structures, curtain for the contemporary. The existing brick color palette is largely brownish-red and arranged according to the simple Stretcher bond pattern—bricks overlaying each other midway on each successive course. For the project, the university required OFFICE 52 Architecture integrate this overarching aesthetic into the design of Tykeson Hall.

To this end, the design team researched prospective brick layouts to enliven the facade along the east, north, and south elevations of the project. “During our research, we discovered an interesting pattern known as an English Cross bond, which creates a diagonal pattern by staggering the vertical mortar joints from course to course,” continued LaFoe and Campbell. “Intrigued with this pattern and seeking to increase its scale, we added a course of longer Norman bricks to the pattern, creating a new pattern which we called a Norman Cross bond.”

For the coloring of these three elevations of brick, OFFICE 52 Architecture worked with Mutual Materials Hardscape and Masonry to develop a custom-blend of their Columbia Red and Autumn Blend brick types. In total, 78,000 bricks were used for the project, with the design team using building information modeling software to ensure the pattern corresponded with window returns and corner finishes.

The bulk of the project’s fenestration is composed of punched window openings. However, one-story glass curtainwall projects from the prevailing sedimentary mass along the north, west, and south elevations.

Tykeson Hall is estimated to be completed in July 2019.