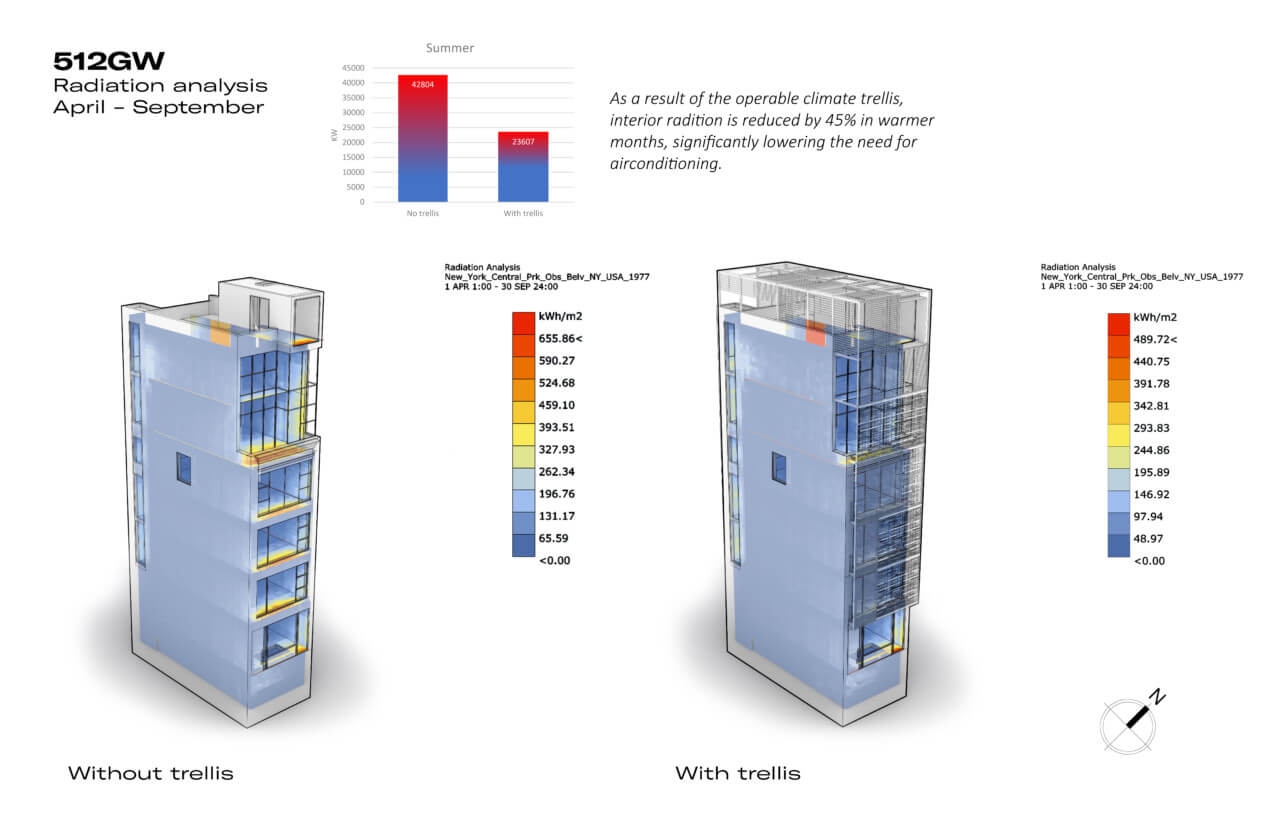 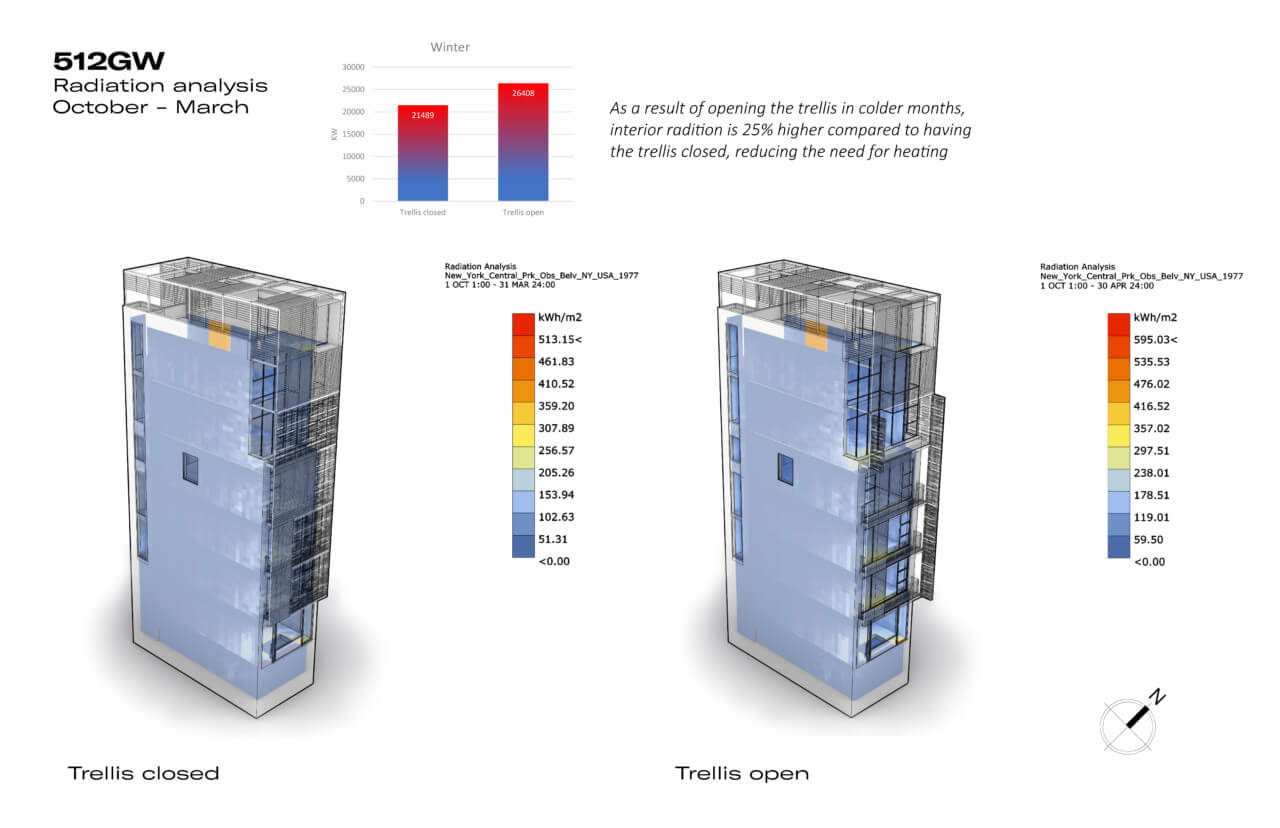 While flashy residential additions are nothing new to the New York neighborhood of SoHo, the 3D “climate skin” wrapping Archi-Tectonics’ 8-story townhouse at 512 Greenwich Street introduces a fresh face to the cast iron-dominated historic district. The firm added a 4-story addition to an existing building and united the single-family home with a deep black and gray slatted skin that crawls up the facade and over the multilevel roof, where it serves to shelter private outdoor spaces. Completed in 2020, the climate skin is 1,407 square feet of prefabricated panels that provide passive solar shading in the summer and let the sun in during the winter.

The trellis is composed of a lightweight steel frame and folding panels with slats, manufactured by Trespa. Set along rolling tracks, the panels required extensive prototyping to perfect and optimize their resting and operable final forms: when closed they are one smooth surface, when opened the light gray fins fold out and interlay like fingers. The staggered panels are 1” thick and were modeled in Maya and Rhino. The extensive climate modeling was completed in Honeybee and Ladybug software, as they support detailed daylighting and thermodynamic analysis most relevant in the mid-to-late design stages.

Winka Dubbledam, principal and architect at Archi-Tectonics told Surface that, “The decision quickly became that we could introduce a third building and call it climate skin. That climate skin allows for balconies in the front of the building hanging out over the sidewalk. It constantly negotiates and allows for privacy or no privacy, heat or no heat, sun or no sun…so it’s very controllable from the inside.” The firm also renovated 497 Greenwich, directly across the street, which has a glacial glass facade inspired by mathematical inflection.

As a result of the operable climate trellis, incoming solar radiation was reduced by 45 percent in warmer months, significantly lowering the need for air conditioning, while the interior is 25 percent higher in cooler months, reducing the need for active heating.

The additional facade for the penthouse was clad with Oko Skin slat wall panels from Artexture. These panels were 71′-by-6” and installed horizontally with a ferro and ferro light finish.

“This urban townhouse represents an innovative approach to densification in a city challenged by housing shortages and skyrocketing prices,” the firm added. “The conversion not only provides residents with a diversity of elegant living, working spaces and generous outdoor areas, but also respects the existing characteristics of the city and poses a potential future for urban living.”