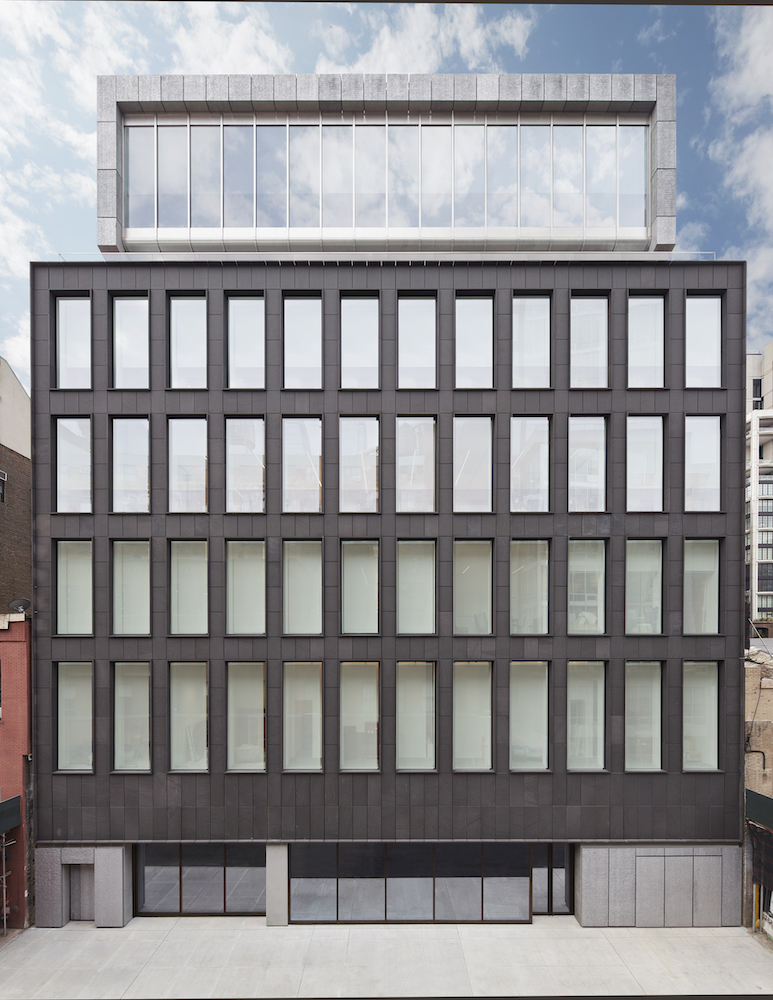 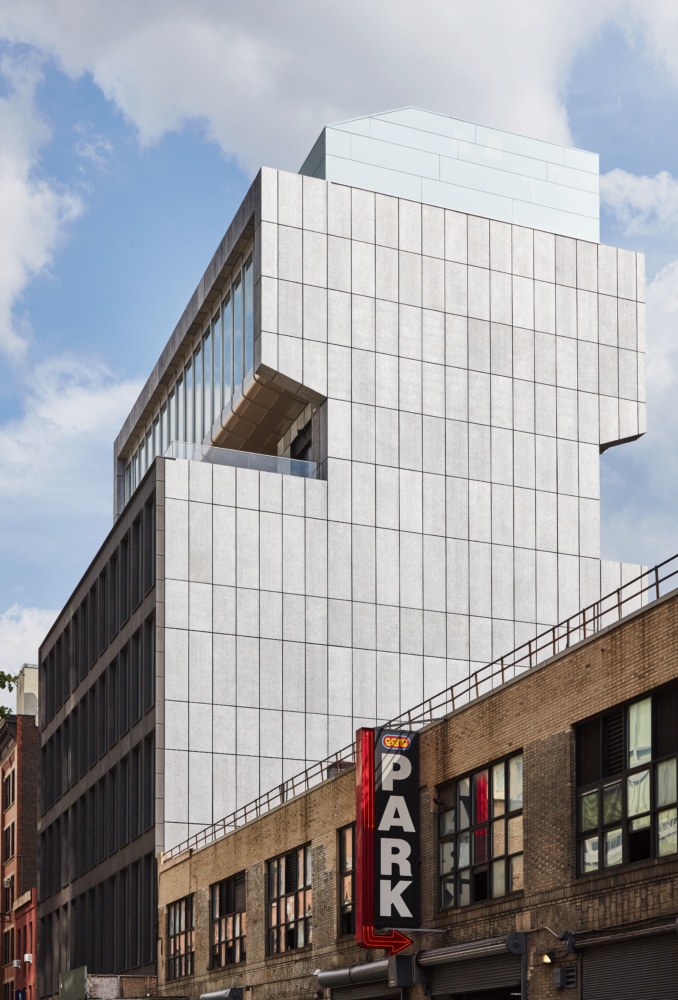 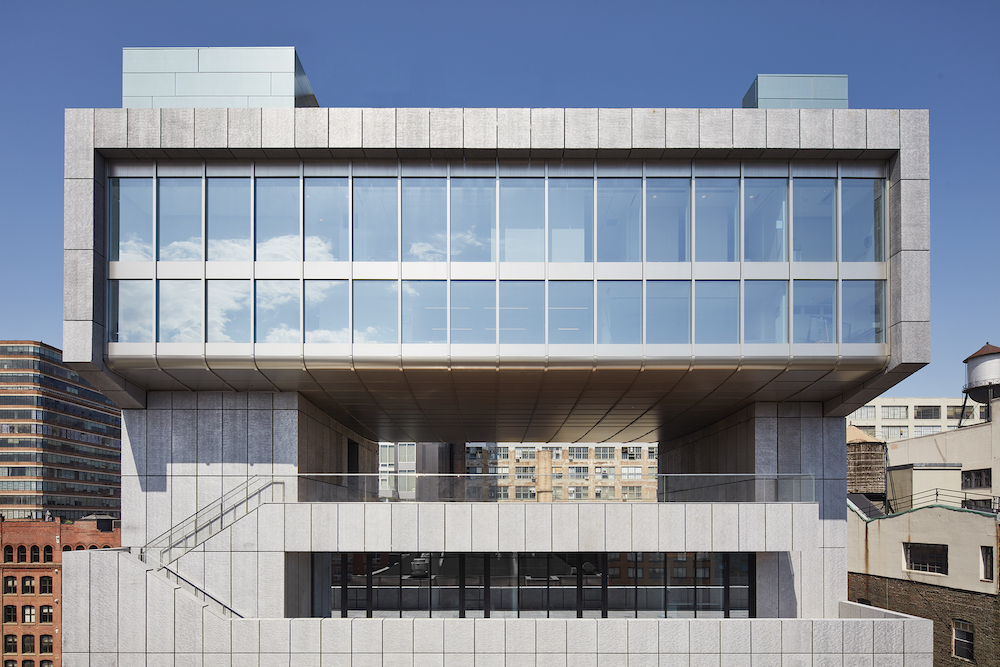 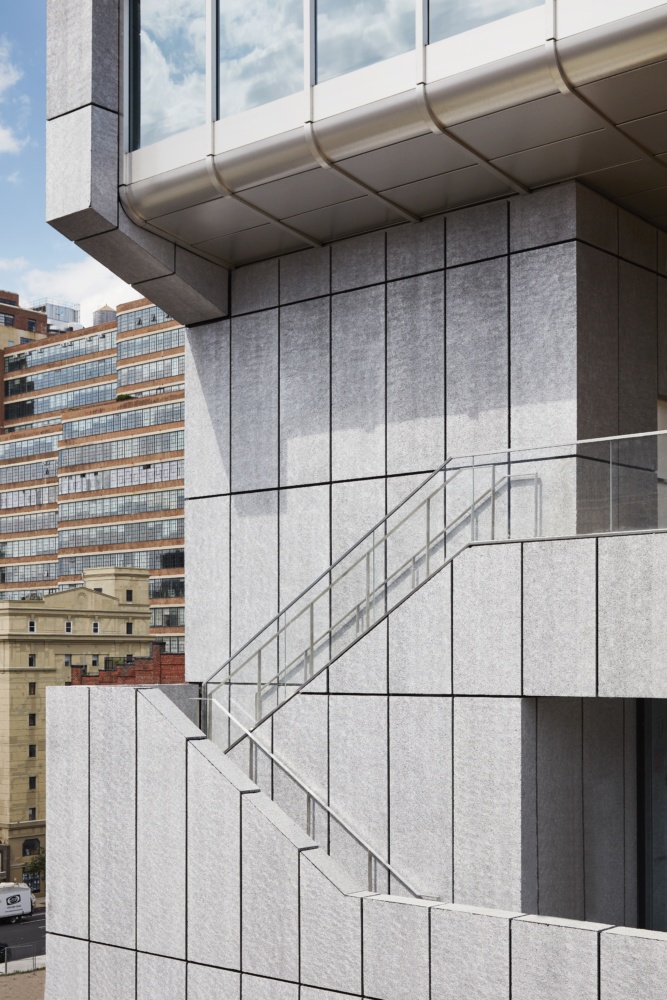 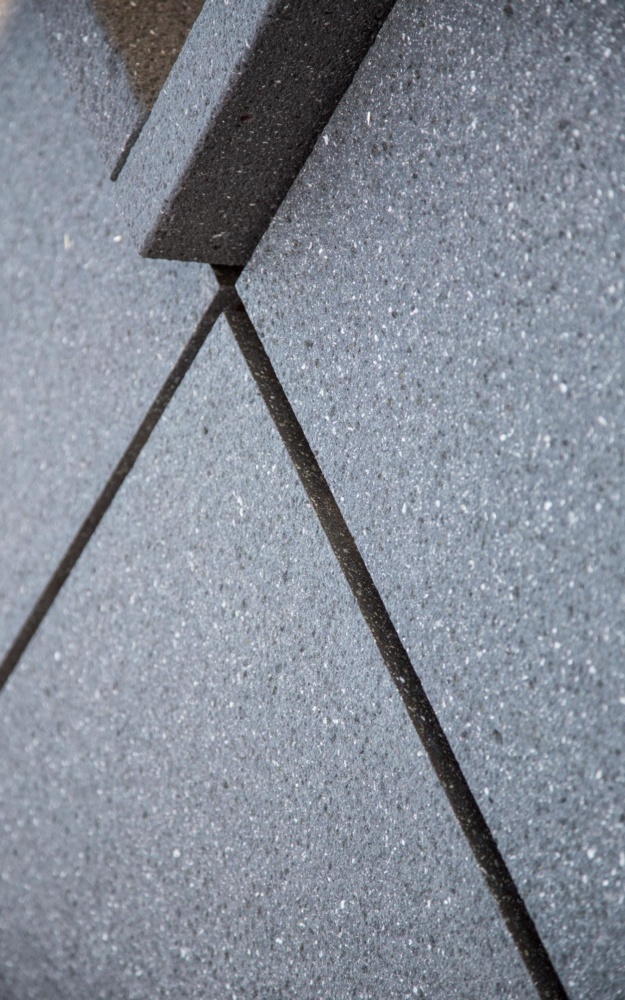 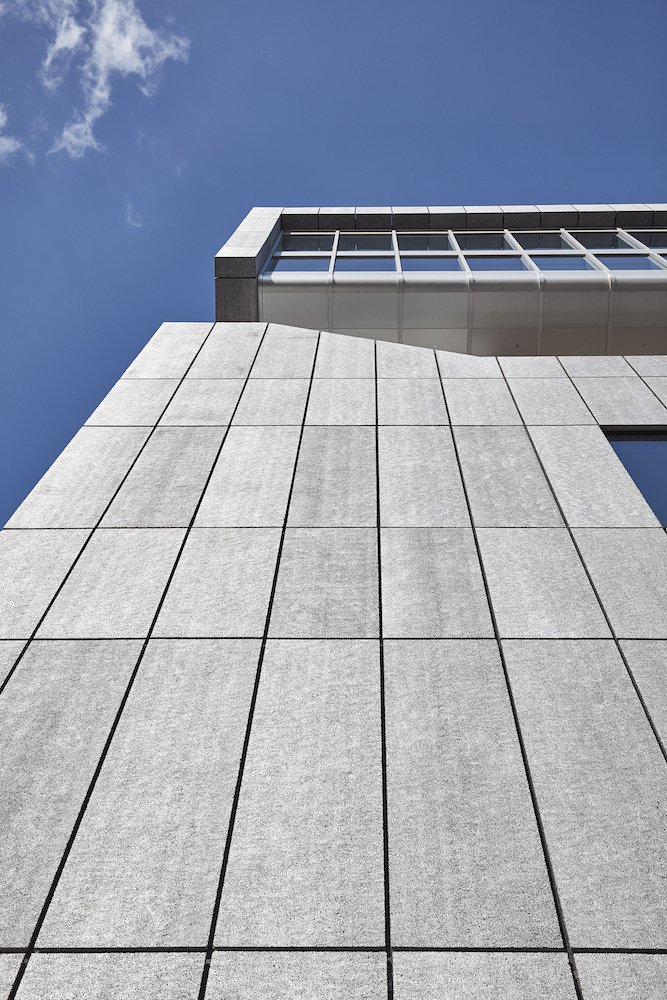 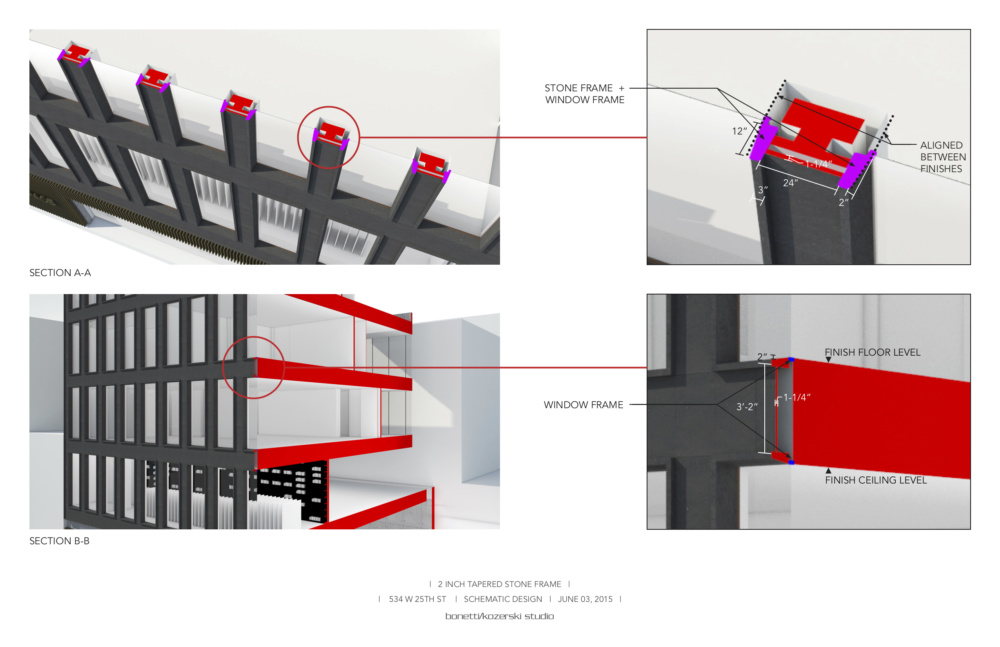 <
►
>
The outdoor space between the double-height crown and building acts as a dedicated sculpture court. (Thomas Loof)

New York’s leading art galleries are in a figurative arms race; buildings upwards and outwards to accommodate museum-sized curatorial ambitions. In September, the Pace Gallery, led by Marc and Arne Glimcher, joined the fray with the opening of its new 75,000-square-foot gallery in West Chelsea. The project, designed by Bonetti/Kozerksi Architecture with facade consultancy by Studio NYL, is clad in volcanic stone mega panels, foamed aluminum, and topped with an aluminum-and-glass crown.

The project rises to eight stories on the site of the gallery’s former one-story location, with a boxy massing in keeping with the turn-of-the-century warehouses and former industrial sites found adjacent to the High Line. To this end, the street-facing northern elevation is broken up by rhythmically placed floor-to-ceiling rectangular windows flanked by masonry. At the cornice, the structure steps back to facilitate space for a 4,800-square-foot sculpture court located beneath a suspended two-story gallery space clad with 17-foot-tall glass windows.

According to the design team, the initial material choice for the facade was concrete panels. However, concern regarding the quality of local concrete companies shifted the palette to volcanic stone sourced from Mount Etna in Sicily. The stone panels are 1-1/4″ thick and were delivered with a preassembled frame of black powder-coated aluminum with a volcanic stone trim. “The volcanic stone we chose is dense and very durable and by using an oven to re-melt the surface we were able to achieve a consistent black color but with some desired textural variations,” said Enrico Bonetti and Dominic Kozerski. “One of the things we like best about this palette is that it’s enigmatic—it is not immediately clear to people exactly what it is.”

From a distance, the side elevations appear to have a passing resemblance to the porous surface of the north side’s volcanic stone, in the form of deep-textured concrete. The panels, which number over 250 and were also assembled by Island Exterior Fabricators, are in fact composed of foamed aluminum and required extensive research and testing to gauge their suitability as rainscreen cladding.

The use of foamed aluminum was also informed by West Chelsea’s ongoing construction boom and upzoning. According to Studio NYL facade design director Will Babbington, “aluminum foam proved to be an effective material for the side elevations; lightweight and aesthetically pleasing, and an economic choice considering the elevations will be covered up by inevitable adjacent development.”

The glass panels that define the crown of the new gallery are, for lack of a better word, gigantic. Each IGU panel measures roughly 5’6″-by-17’10” and weighs just over 1,000 pounds. Four threaded stainless steel handle the dead load of the assembly while structural silicone provides a significant degree of bite to hold the panels in place.