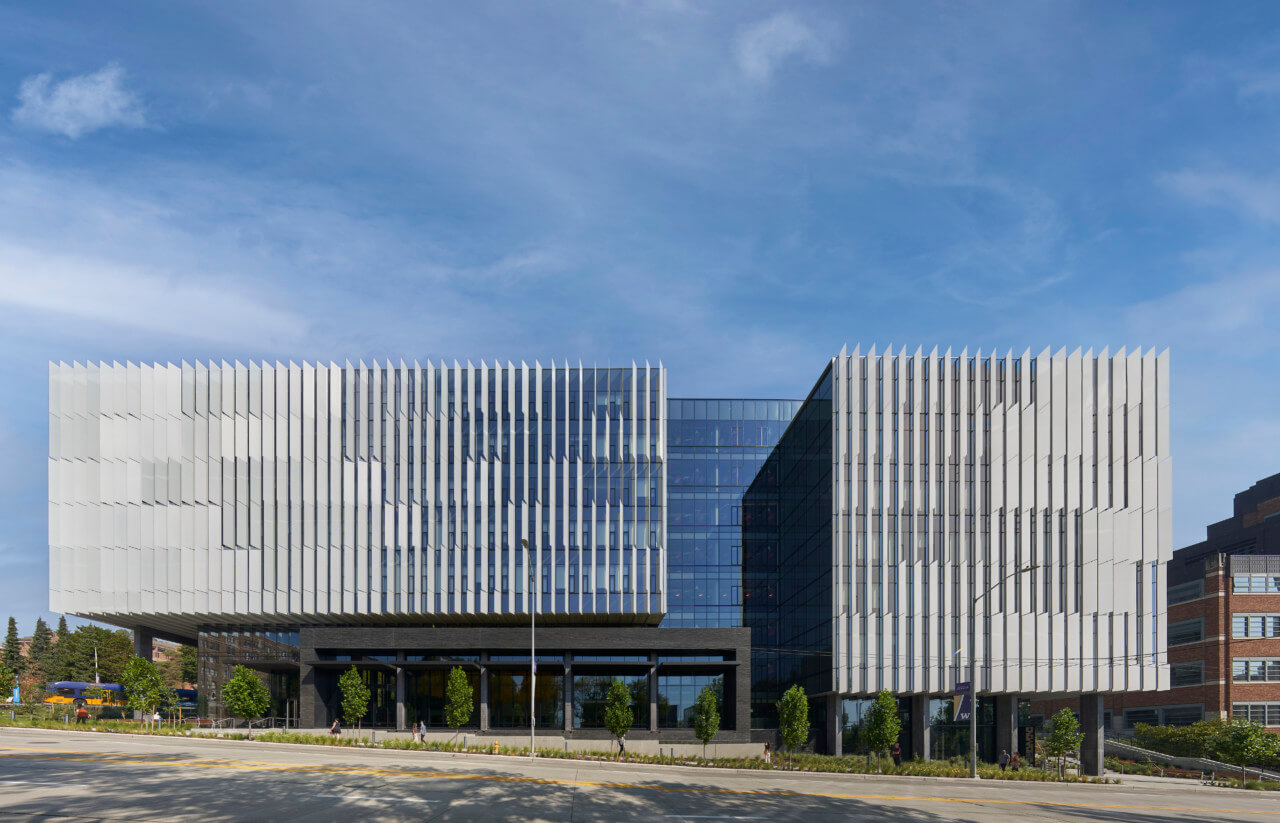 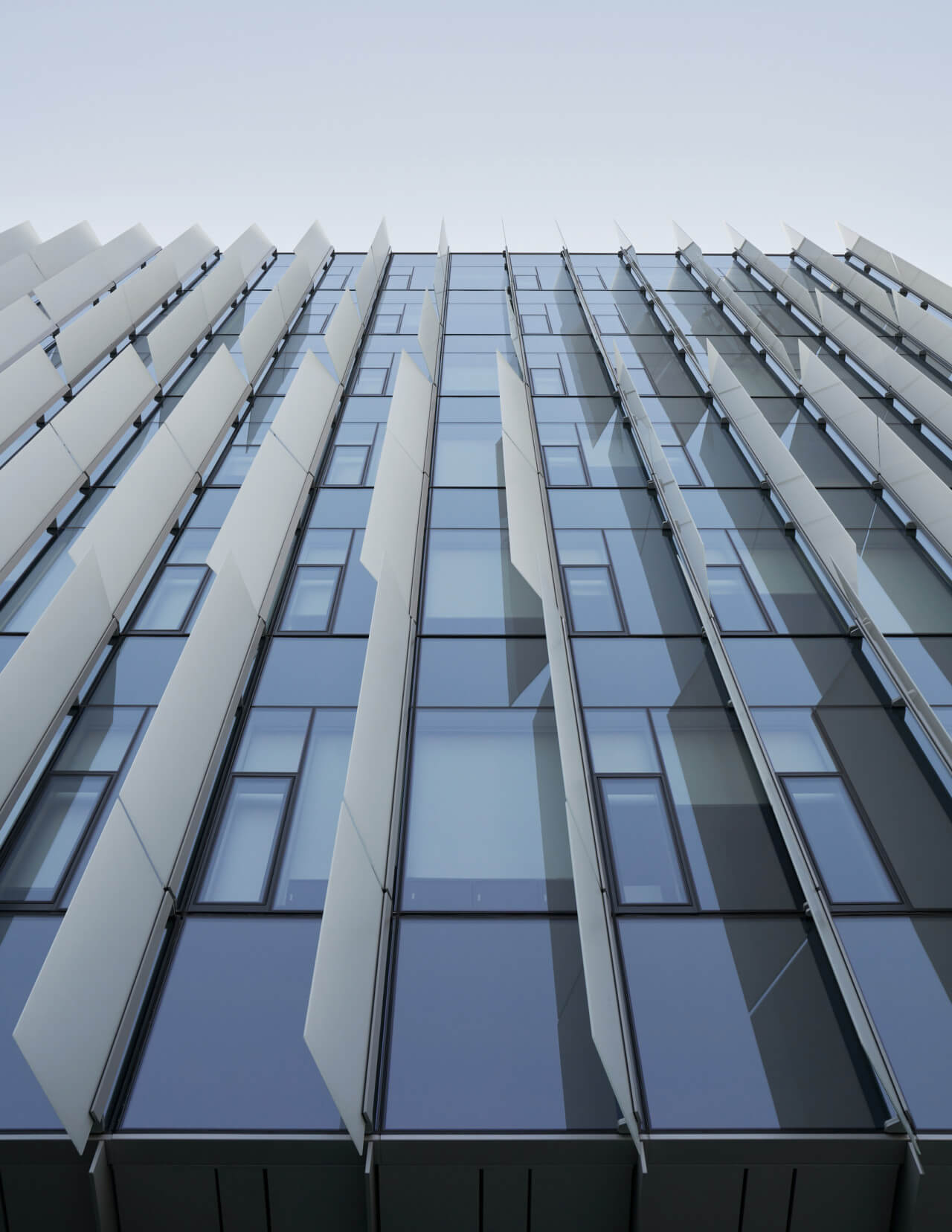 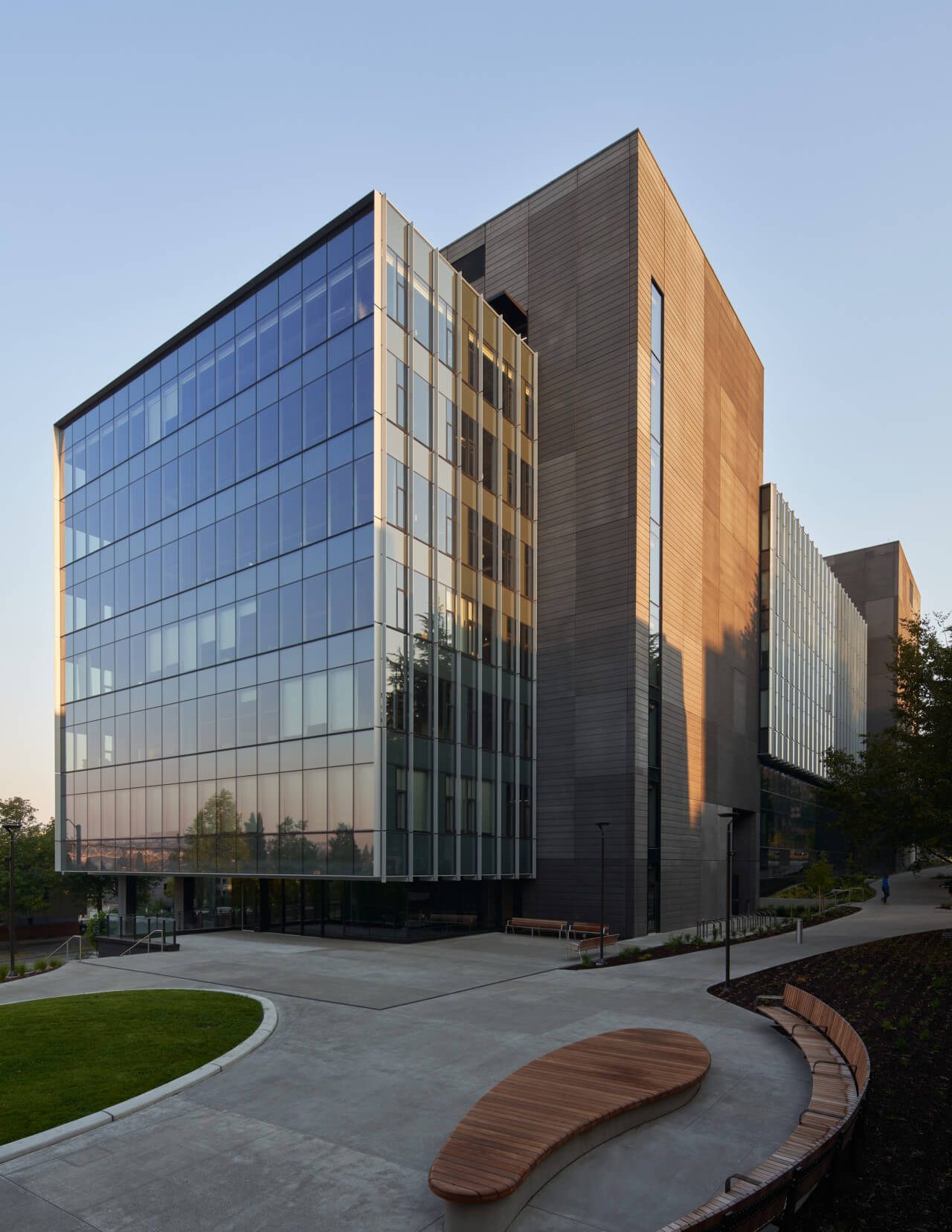 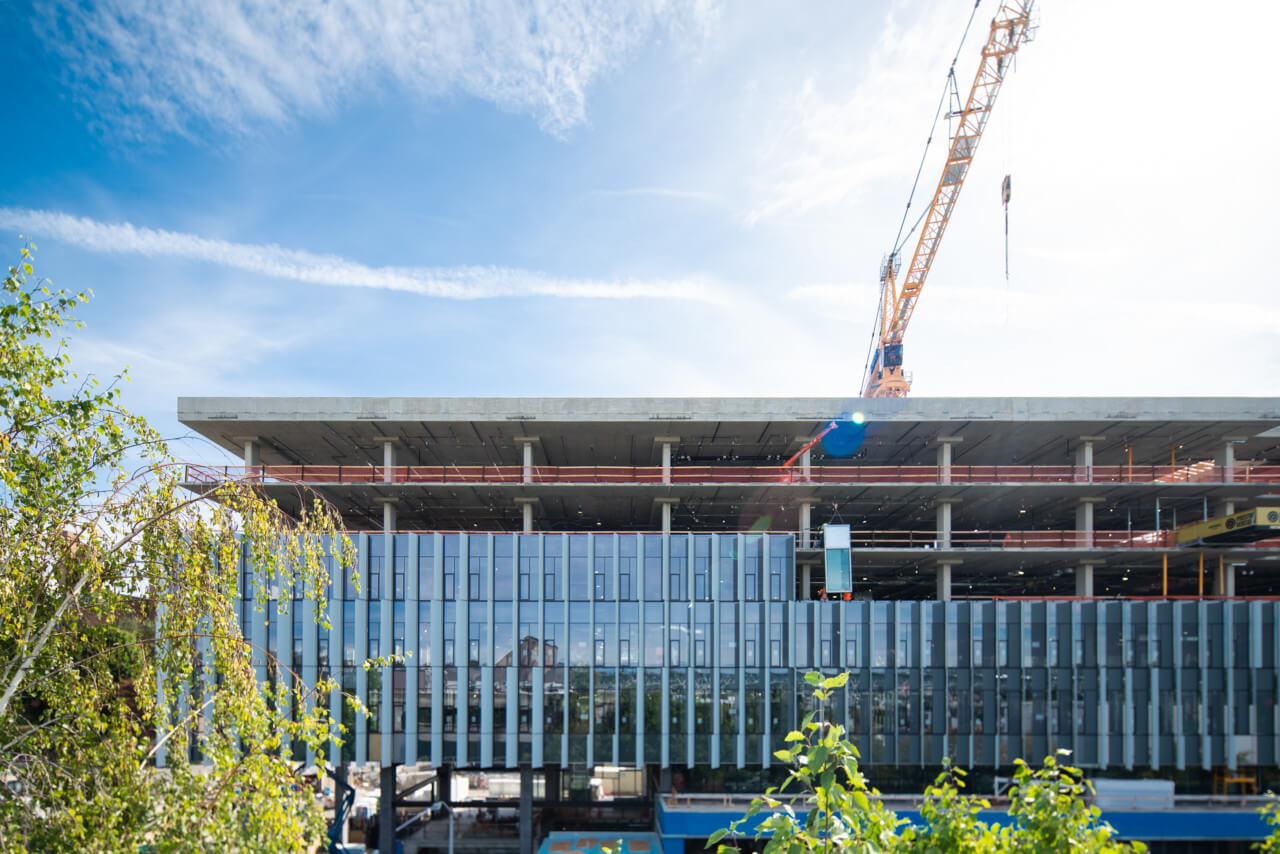 <
►
>
The east side of the building features smaller aluminum fins which help blend the structure into the surrounding campus buildings. (Photo by Kevin Scott/Courtesy Miller Hull)

Located between the University of Washington’s historic campus in Seattle and new innovation district, the Hans Rosling Center for Population Health is the heart of the school’s Population Health Initiative, a mission aimed at tackling health, environmental, and socioeconomic challenges around the world. Completed in October of 2020, this structure is the nexus for students, faculty, and researchers of several disciplines all working toward the common goal of universal well-being.

This 290,000-square-foot structure was designed by Miller Hull Partnership, in collaboration with Lease Crutcher Lewis, the project’s contractor. This partnership was one that existed from design to completion and has become a model for quick and cost-effective completion. After mocking up a proof of concept, another key collaborator became facade manufacturer Elicc Group. As a large team, various elements—including materiality, manufacturing, and scheduling—were all critical to achieving an integrated facade.

The facade is made of a unitized curtain wall system by Elicc made of 5′-wide-by-13′-tall glass panels. On the west side of the structure, 36″-deep translucent glass fins array the panels, varying in angles from 50-to-80 degrees relative to the wall. Although immobile, these fins provide fluctuating degrees of shade throughout the day. On the east side of the building facing the university’s historic campus, 8″-deep aluminum fins run perpendicular to the wall. These smaller fins integrate the structure seamlessly into its surroundings while providing morning shade. Also on the east side of the building, aggregate incorporated pre-cast panels in form-lined, acid-etched, and honed finishes designed by Northwest Precast help the building match surrounding structures. The result is a facade that reduces the carbon footprint of the structure while maximizing exterior views and reducing interior and exterior glare.

These exterior elements not only create unique light experiences within the structure but are designed to be the embodiment of the university’s health initiative. The translucent fins allow for an abundance of natural light to permeate the building, and operable west and east-facing windows create a harmonious connection to the outdoors. This focus on the interplay between light and the working environment supports the human-centric approach of the center, whereby the health and wellness of all occupants are enhanced to the maximum level by the building’s facade.

All fins were comprehensively modeled initially in Rhino and Grasshopper. Throughout the design process, software allowed the team to understand the street, interior, and solar experiences along various iterations of the project. After the selection of a specific iteration, full building energy models were studied to understand how the facade would work with the structure’s other programs. This process was “not done in a vacuum,” noted project architect Sean Waldron from Miller Hull. “Thanks to the progressive design-build delivery method,” he continued, “contractors, mechanical engineers, facade engineers, envelope consultants, and the client all participated in the process, providing feedback—mostly on performance—throughout.” In addition, multiple small- and full-scale models were constructed to understand the building’s context and materiality, and eventually, more detailed models were employed in Revit and Dynamo.

Waldron noted that project goals were met “through strong leadership and a highly collaborative team structure.” He added, “If people were not willing to break from more traditional roles and be open to each other’s expertise and perspectives the project could stumble or even fail” but “everyone rose to the challenge (and beyond) which led to broad success for the design and construction team as well as for the client.”