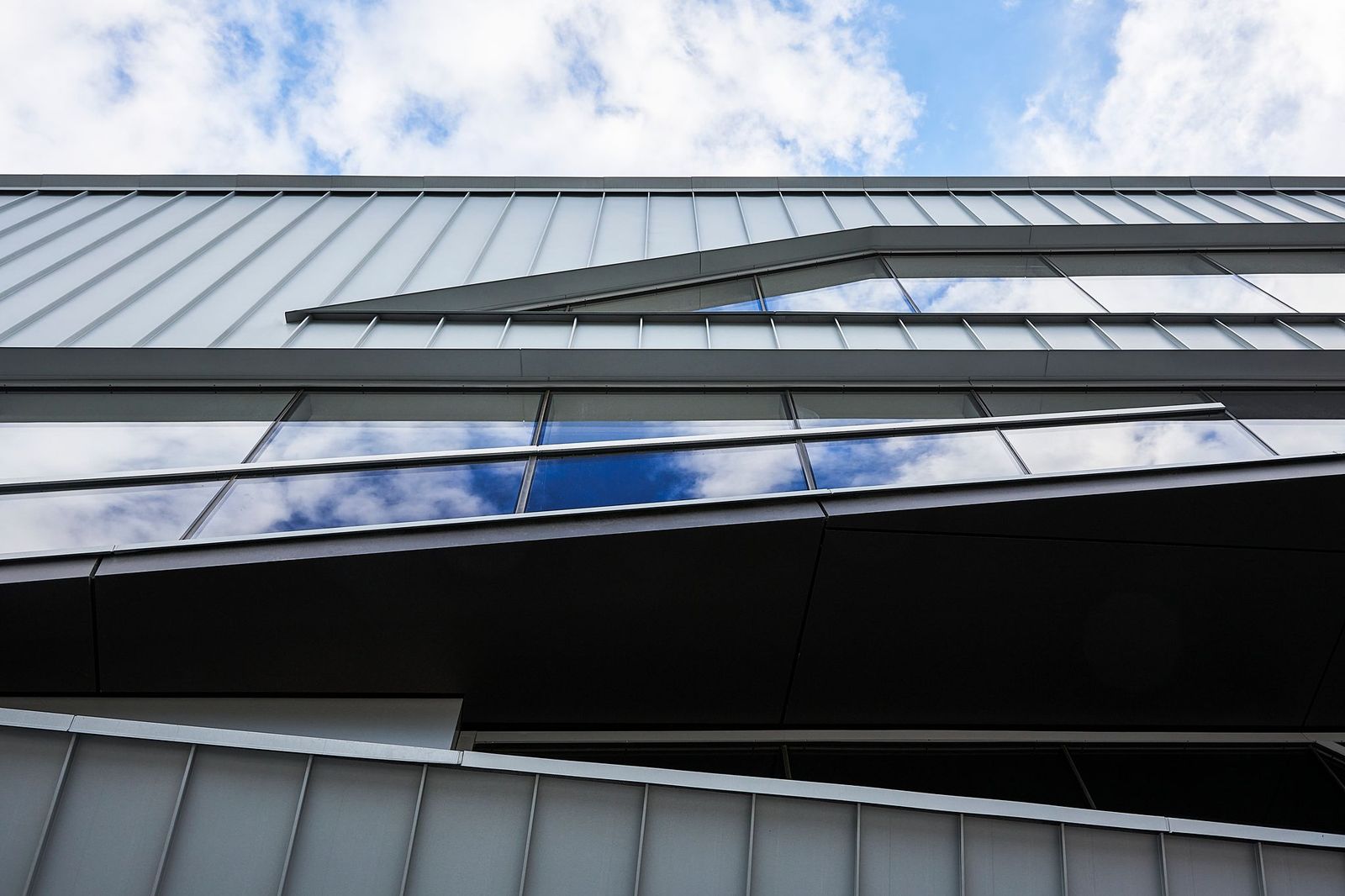 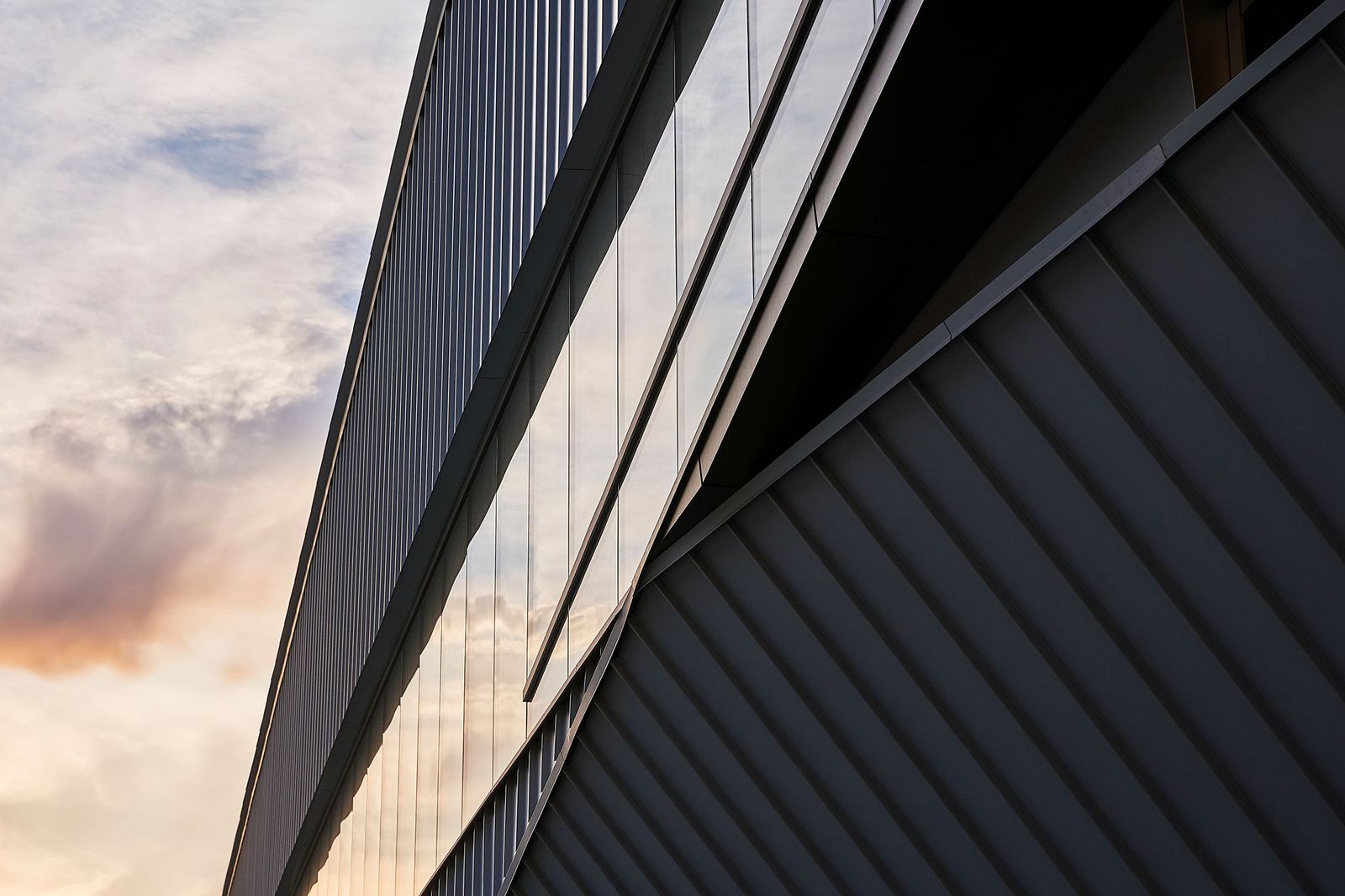 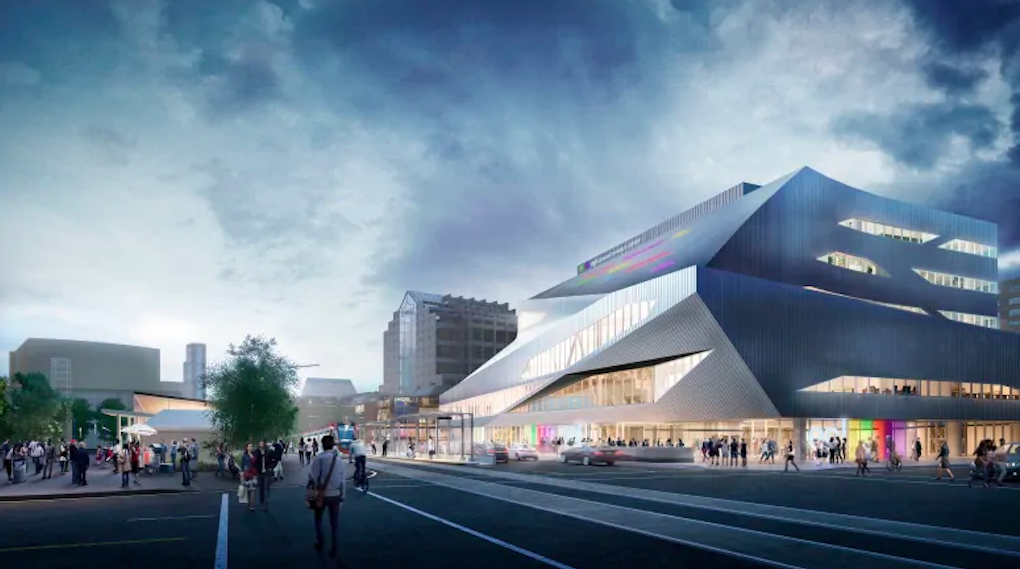 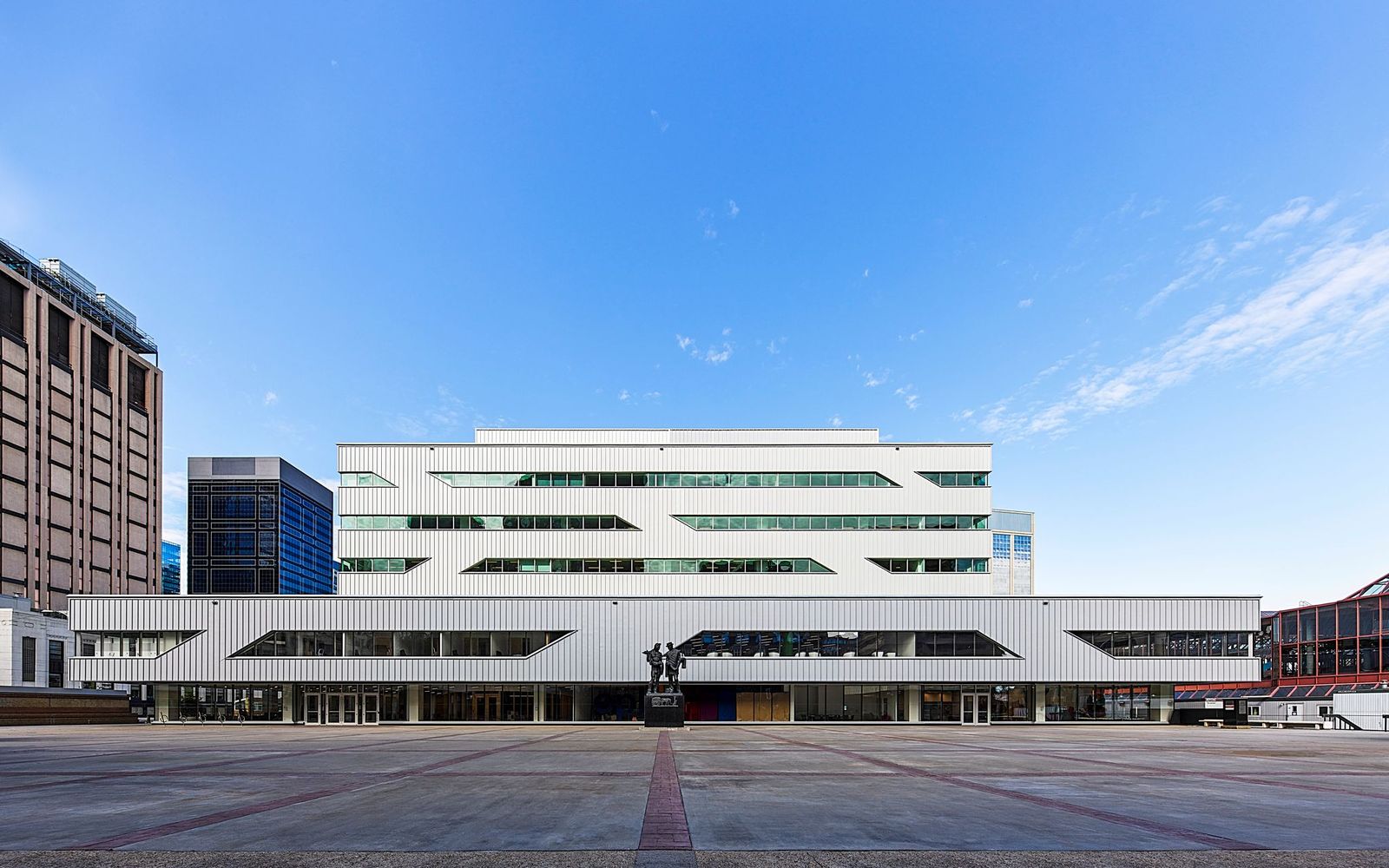 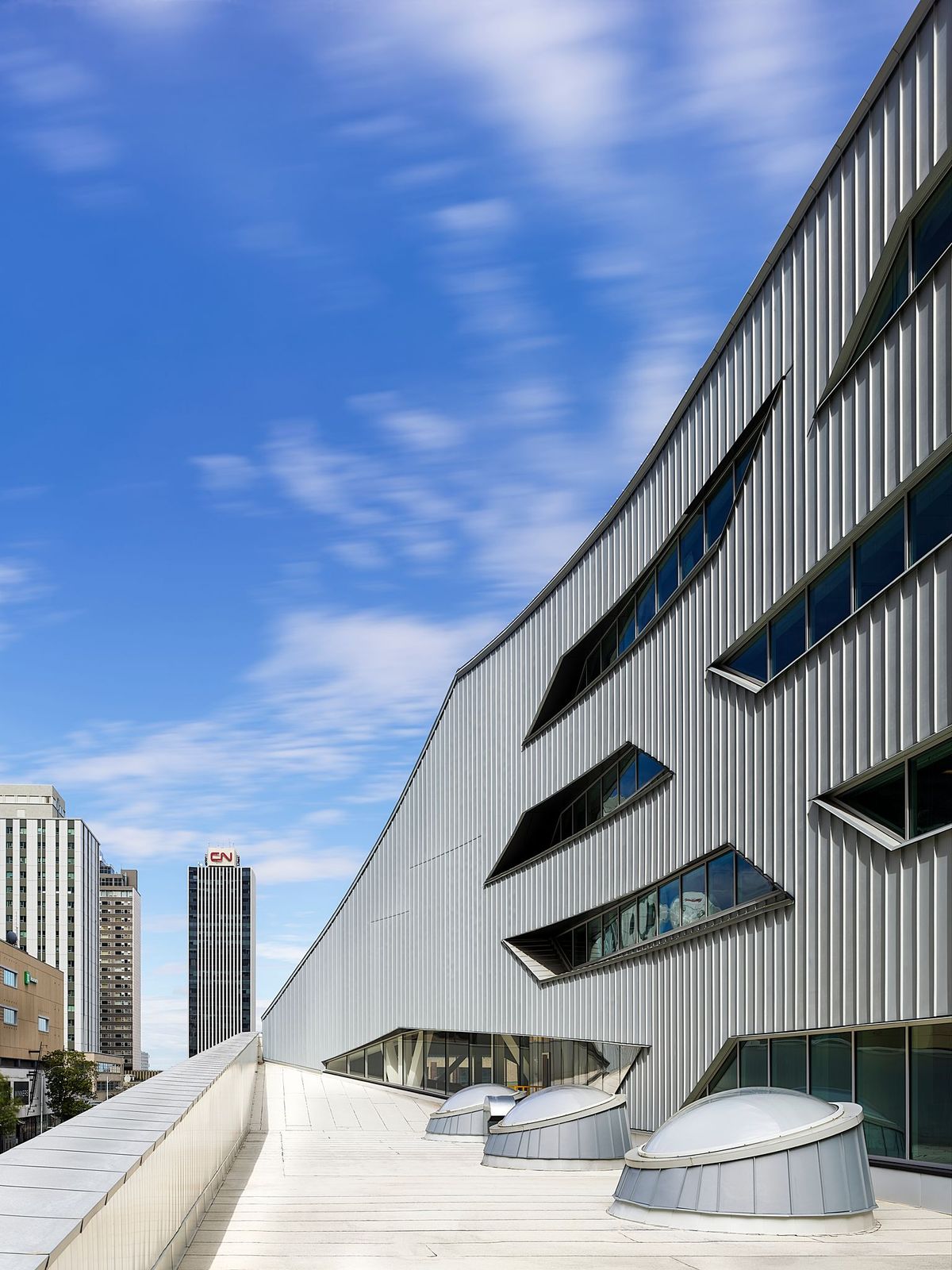 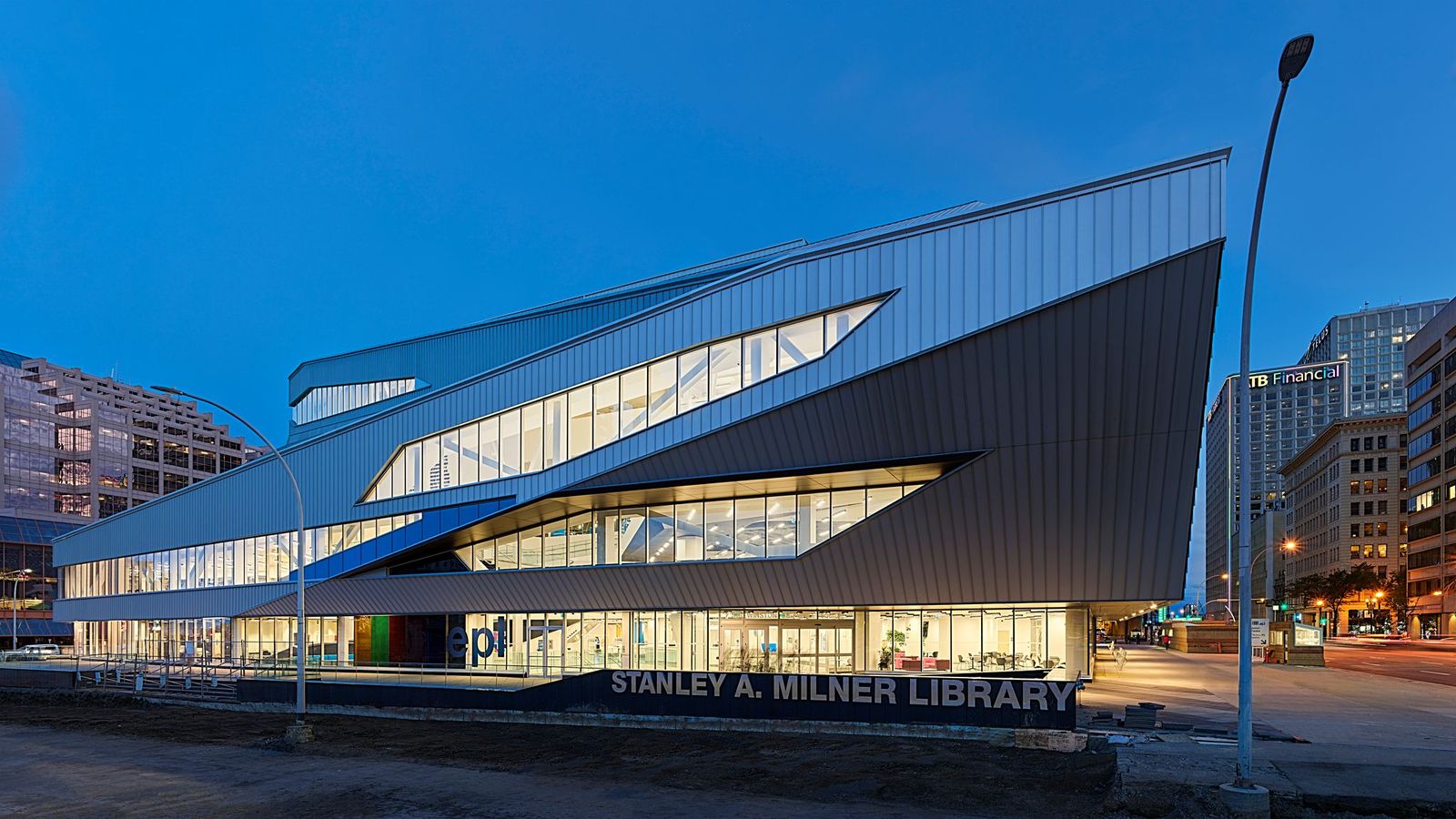 <
►
>
A rendering of the library pre-construction (Courtesy Teeple Architects)

The Stanley A. Milner Library opened in late September of 2020 in downtown Edmonton, Canada. As the flagship branch for Edmonton’s public library system, the public was reasonably involved during many stages of design and construction. In fact, well after the project broke ground and install of the facade began last summer, there was quite a bit of online backlash that the external structure did not remain true to the original renderings provided by the architect. Now completed, with the plastic protective wrap removed and light seeping through its slated window openings, the library is breathing life into the surrounding neighborhood plaza known as Sir Winston Churchill Square.

Toronto’s Teeple Architects was awarded the renovation and extensive renewal of the 1967 building. Designed in partnership with Stantec, the 164,000-square-foot library includes space for a children’s library, a new venue for Indigenous ceremonies, and improved amenities for audio recording and play.

The zinc facade places the library in conversation with its metal-clad neighbors on Sir Winston Churchill Square, including the Art Gallery of Alberta and the metal canopies that are part of the new LRT valley transit line. Starphire Ultra-Clear low-iron glass was deployed at street level to provide maximum transparency in order to highlight the activities inside the building. “Part of the idea is that the public space of the city… will flow right through the library,” said Stephen Teeple, founder and president of Teeple Architects. PPG Solexia green-tinted double-glazed insulated glass was used in the upper floor windows for solar control and thermal performance; Alpolic/FR Composite Metal panels was used on the soffits.

A key challenge of the design was working with the existing concrete structure, which sat on top of a split two-story parkade that was required to remain operational during the construction. The structure for the new north atrium had to be primarily hung off the existing tower structure while minimizing the number of supporting columns. In addition to the upgraded seismic conditions of the existing building, the new facade and structural system were significantly more sustainable considering thermal insulation and current building code requirements. The total install was completed in 19-20 months, including the roof installation.