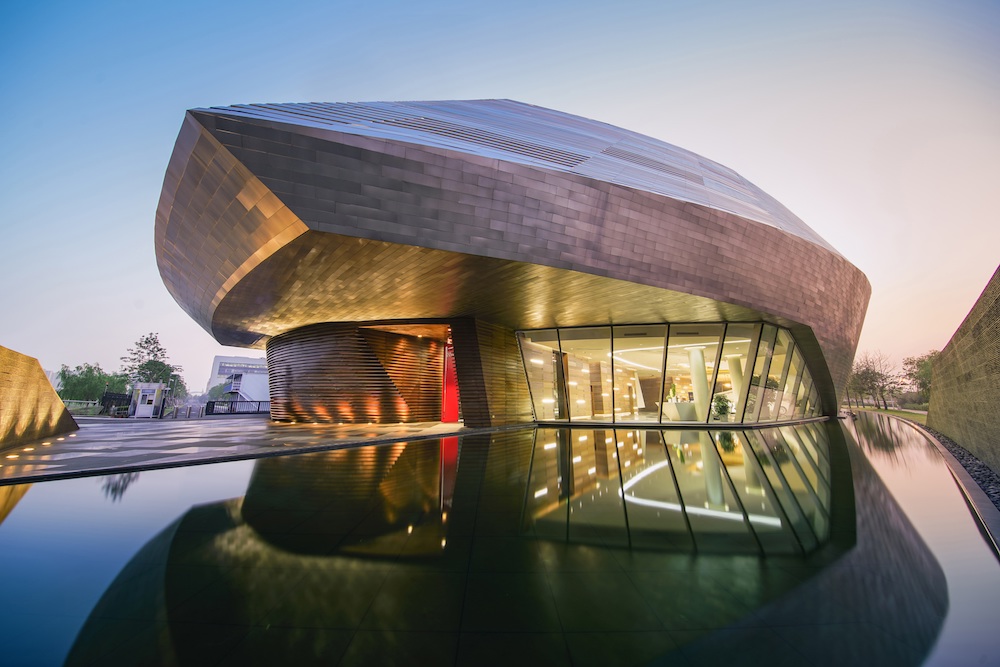 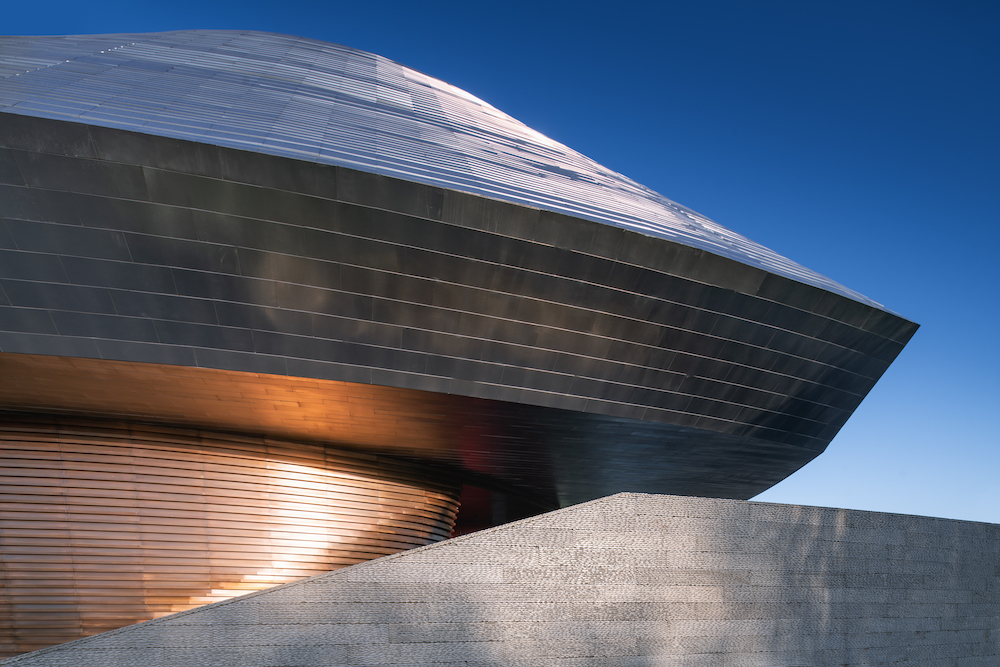 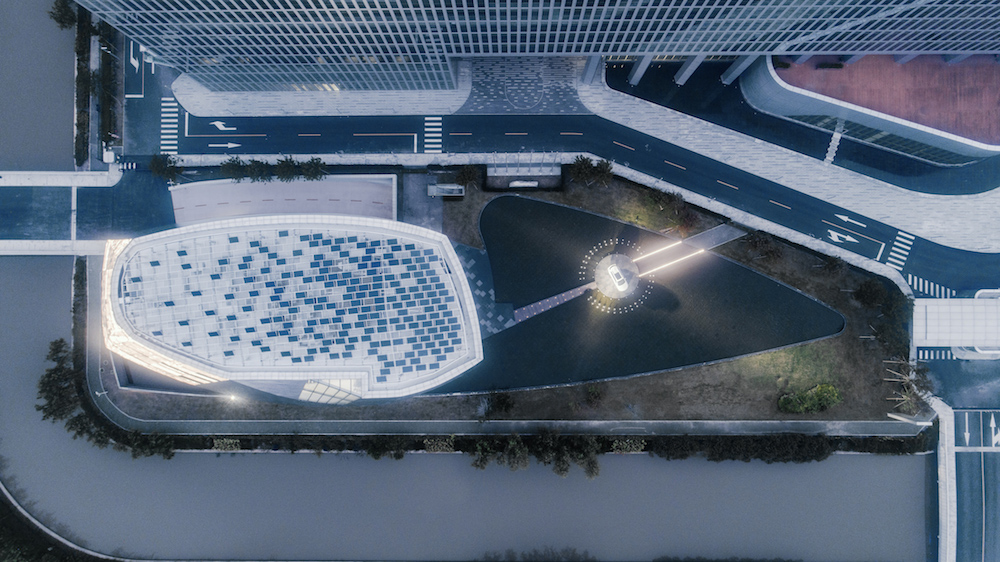 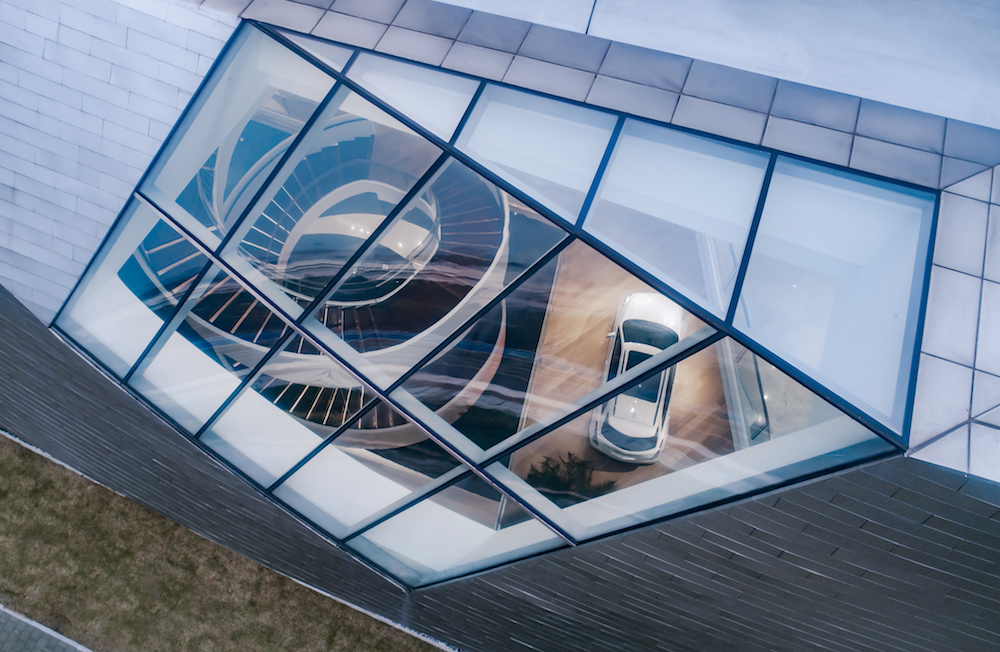 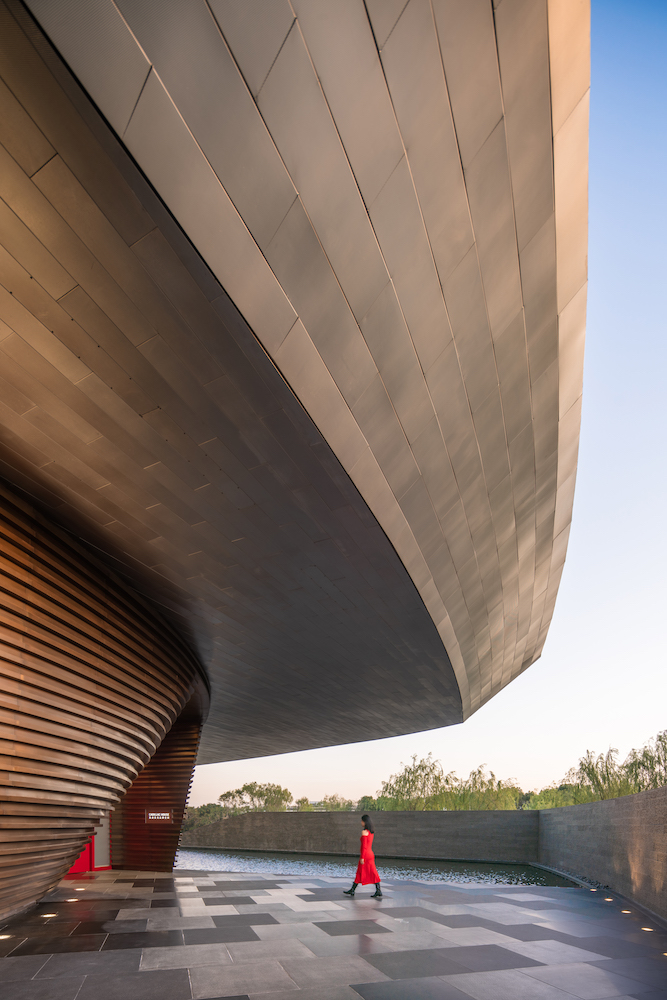 <
►
>
The facade, through its metallic cladding and dramatic angles, is intended to bear a resemblance to Cadillac’s product line. (Wang Dong)

Over the last two decades, as the ownership of American and European-produced cars has proliferated in China, car manufacturers have pushed to establish a prestigious presence in the country in the form of showrooms and high-designed office parks. Designed by Gensler, The Cadillac House Shanghai is an exemplar of this trend and joins the scene with a forceful custom stainless-steel facade that extends from soffit to summit.

The nearly 50,000-square-foot project builds off of the prior success of Cadillac House SoHo in New York and similarly houses a curatorial space outlining the historical timeline of the company, gathering areas, as well as niches for recent vehicular prototypes. In keeping with the internal function of the project, the design of the facade, with its sweeping curves and polished metallic skin, is intended to resemble a vehicle’s bowline in motion—a stylistic point emphasized further by the slender glass curtain wall found at the podium.

A challenge for the project’s design—an joint effort between Gensler teams in New York, Chicago, Detroit, and Shanghai—was balancing that complex form with the necessary structural requirements. “We provided design intent models constructed in Rhino and documented in Revit directly to the local LDI and technical consultants; and upon their review, any necessary changes to the model were confirmed by the architectural team,” said Gensler senior associate Tim Jacobson. “We worked hand-in-hand with the LDI and structural engineers to massage the form as necessary to accommodate the member sizes necessary without compromising the design aesthetic we hoped to achieve.”

That design aesthetic is stated through the approximately 11,000 stainless steel panels that enclose the Cadillac House. The panels, measuring approximately 50″ by 10″ by .05″, function as a rainscreen system and are fastened to the substrate with concealed fasteners. “We worked very closely with the manufacturer through our facade consultants to select panel size, thickness, and finish that would achieve our architectural objectives while being resilient to local conditions,” continued Jacobson. The panels are arranged in a running bond pattern, with each successive row offset by a third.

The project, which is LEED Platinum certified, is topped with an array of solar panels and skylights.