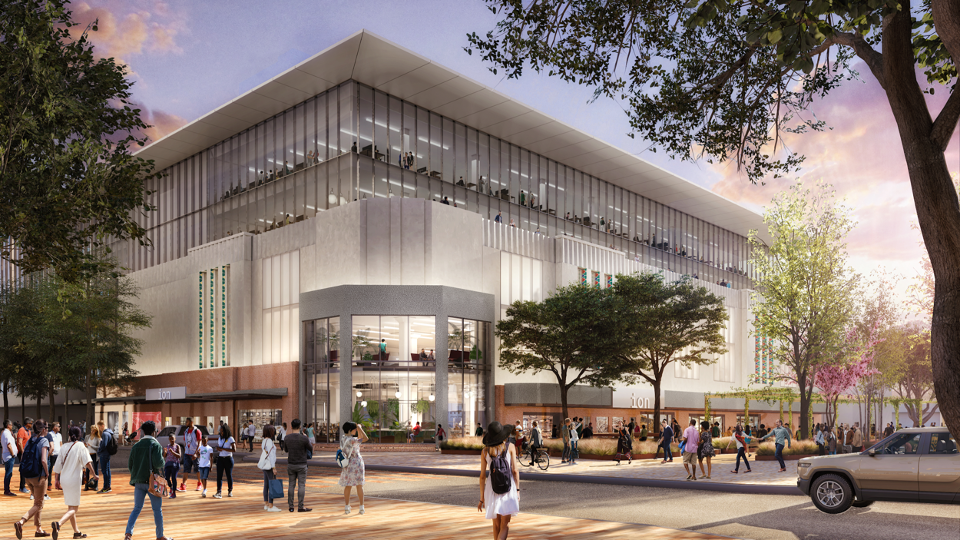 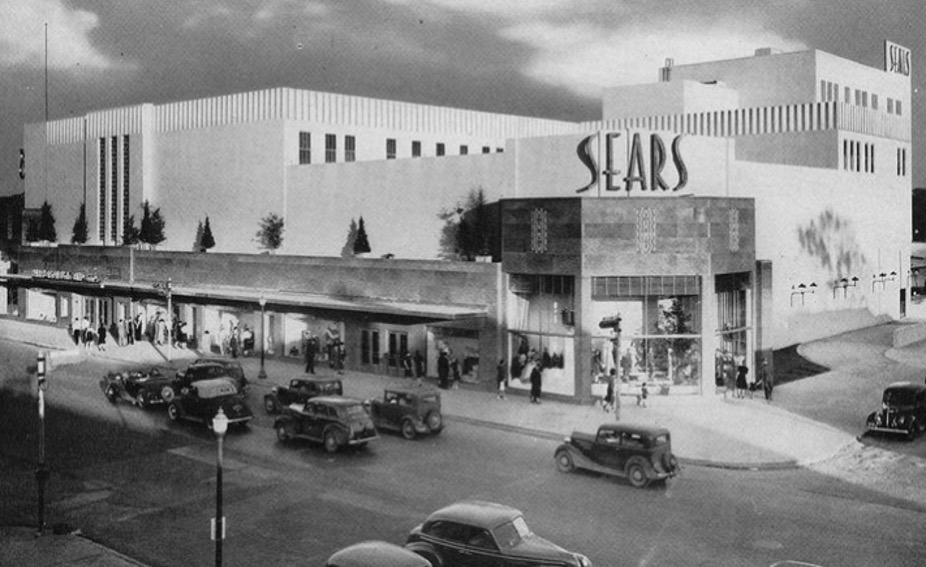 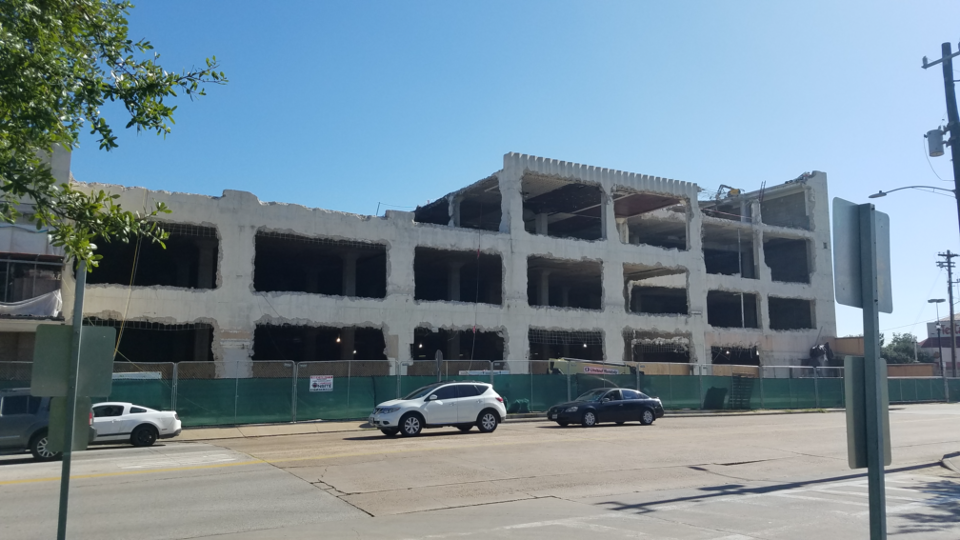 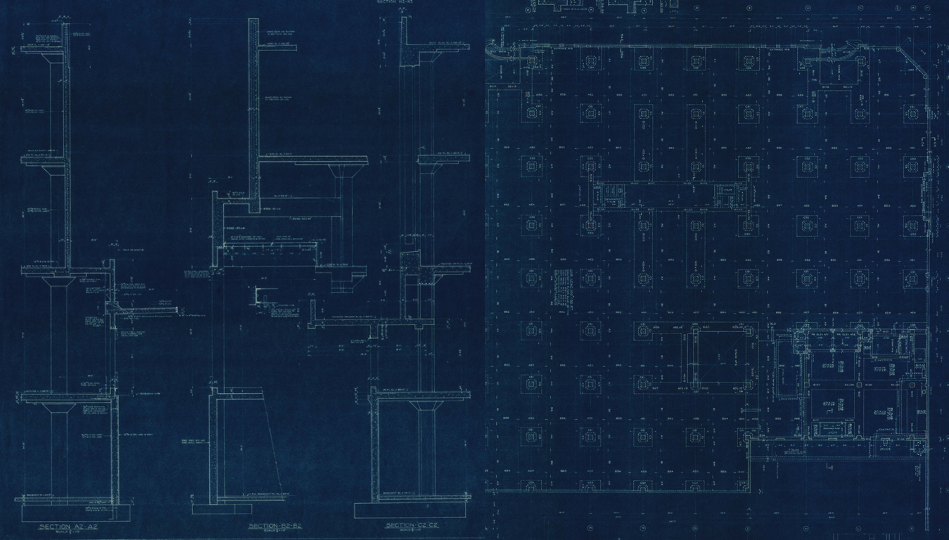 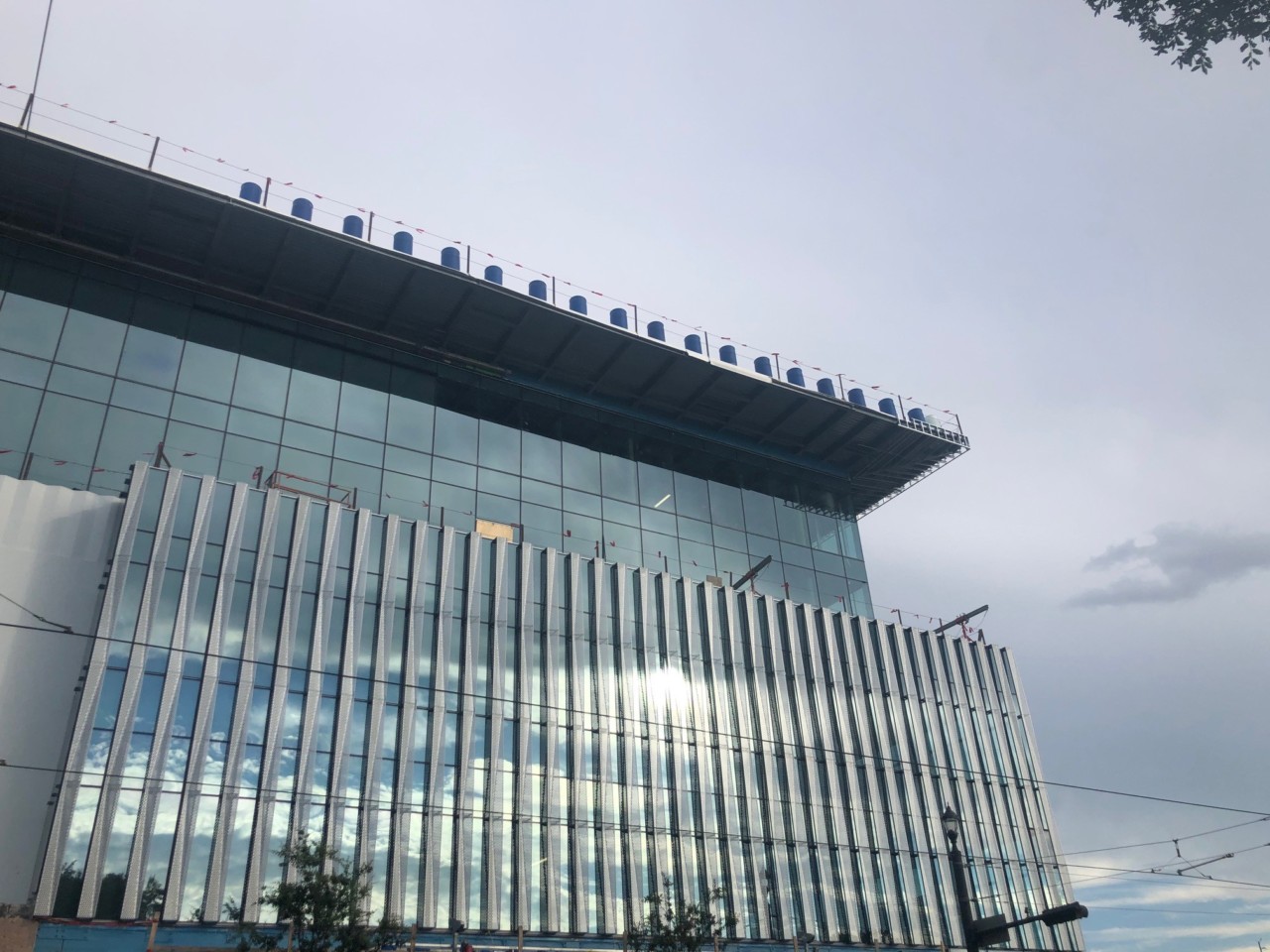 <
►
>
The retrofit included the partial demolition of the concrete mass to allow for the insertion of new curtain wall. (Courtesy Walter P Moore)

The decades-long decline of retail across the country has fundamentally reshaped real estate patterns in both suburb and city center. An unfortunate casualty of this trend is the early 20th-century department store, which, through high design and ebullient signage, sought to draw customers from both near and far. While many of such icons have met the destructive force of the wrecking ball, others, through forward-thinking developers and the skillful plans of architects and engineers, have been repurposed and reimaged for contemporary uses. One such project is Houston’s Ion, a former Sears department store, which is currently undergoing a comprehensive retrofit and expansion led by James Carpenter Design Associates (JCDA), SHoP Architects, and Gensler, and structural engineer Walter P Moore.

The original Sears, located at the border of the Museum District and Midtown, opened in 1939 and was designed in the art deco style, with detailed poured concrete and mosaic tiling, and expansive floor plates. In a fate all too familiar, the entire facade was ‘revamped’ in the 1970s with corrugated metal and bricked-up windows. For the design team, and client Rice University, the objective was to reverse those ill-thought interventions, highlight the original design intent, and convert the structure into an innovation hub with an additional two-and-a-half floors clad in glass curtain wall and shaded with folded and perforated stainless steel panels.

Retrofit and adaptive reuse projects are demonstrations in methodical research and structural daring, and the Ion is no exception to this rule. Relying on existing structural drawings from 1939 as well as an on-site survey, the team set about the ongoing process of demolition. “First, the ancillary metal structures on the perimeter of the original structure were demoed, and then the basement slab on grade was selectively demoed to allow for the existing foundation strengthening,” said Walter P Moore principal Rachel Calafell. “The south side mechanical penthouse above the existing roof was removed to allow for the new vertical expansion, and the center lightwell was demoed starting from the top and working towards the base, level by level after the new framing was installed and supported at each level.”

The near-surgical carving of the formidable concrete mass at both the facade and interior core provided the design team the wiggle room required to update building systems and incorporate a contemporary envelope system. The project is, in many ways, a continuation of JCDA’s decades-long exploration of the deft channeling of daylight and transparency as a catalyst for enlivening internal spaces and engagement with surrounding contexts.

“The original Sears building structural grid is made up of 25-foot and 28-foot bays; the 28-foot bays are aligned with the glass block areas seen on the north, east, and west elevations and had signified the main building entrances,” said JCDA senior designer Katharine McClellan. “The glazing module widths for the new curtain wall at the southern half and the penthouse areas were incorporated within these bays with approximately 5-foot widths.”

Exterior sunshades ring the new unitized curtain wall system and fold in an energetic gesture between each floor. The sunshades are perforated, and, as a measure to boost iridescence, are treated with two types of fluoropolymer paint; a custom metallic blue on the inward face and metallic silver facing outward.