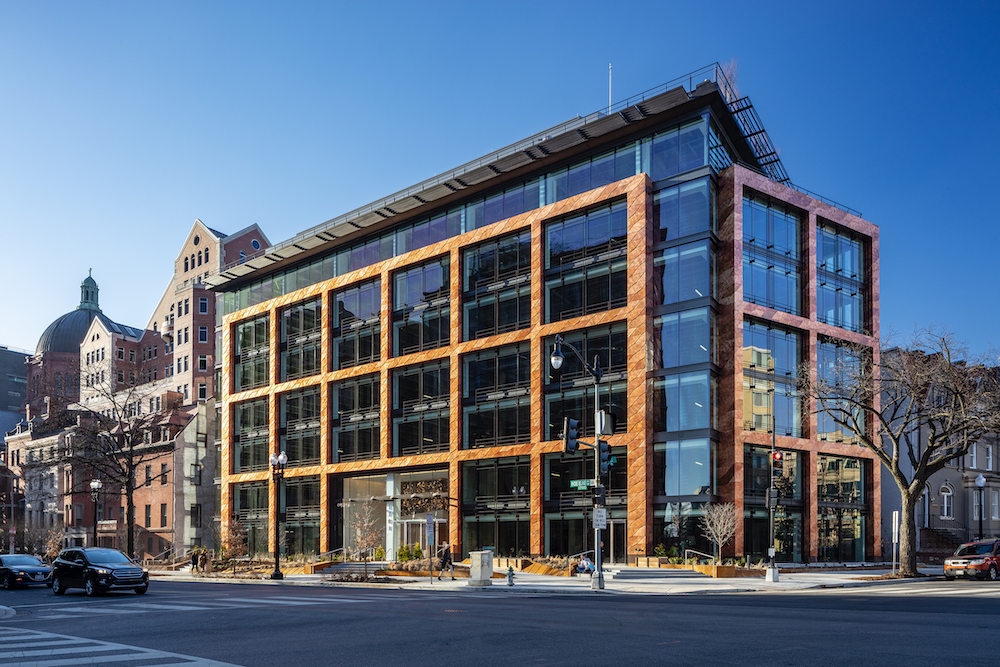 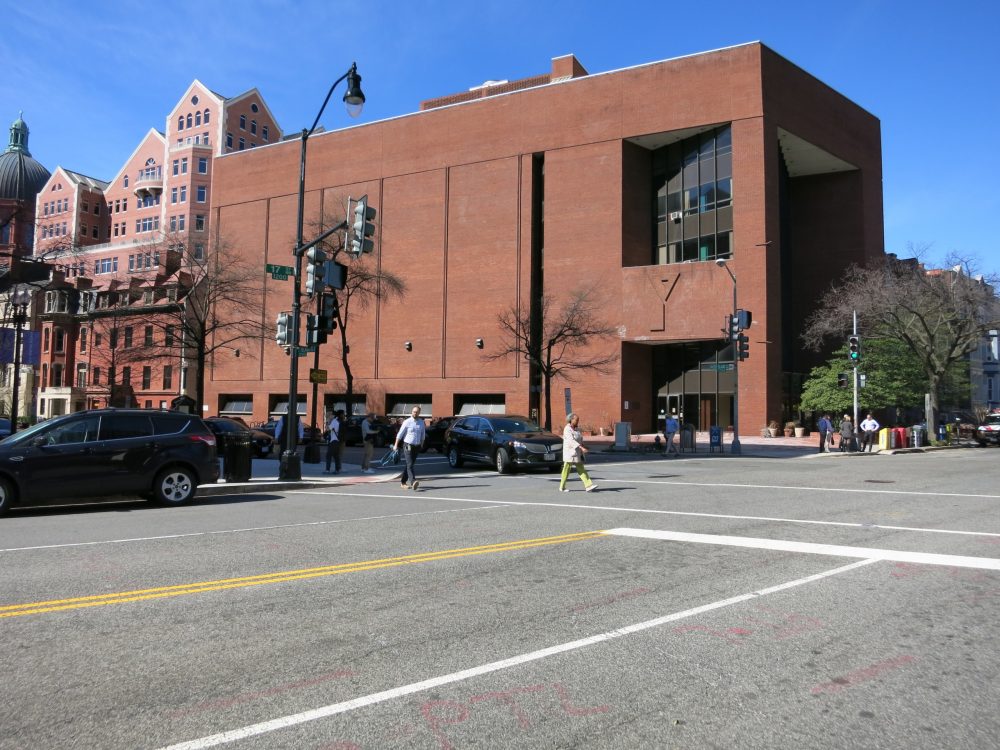 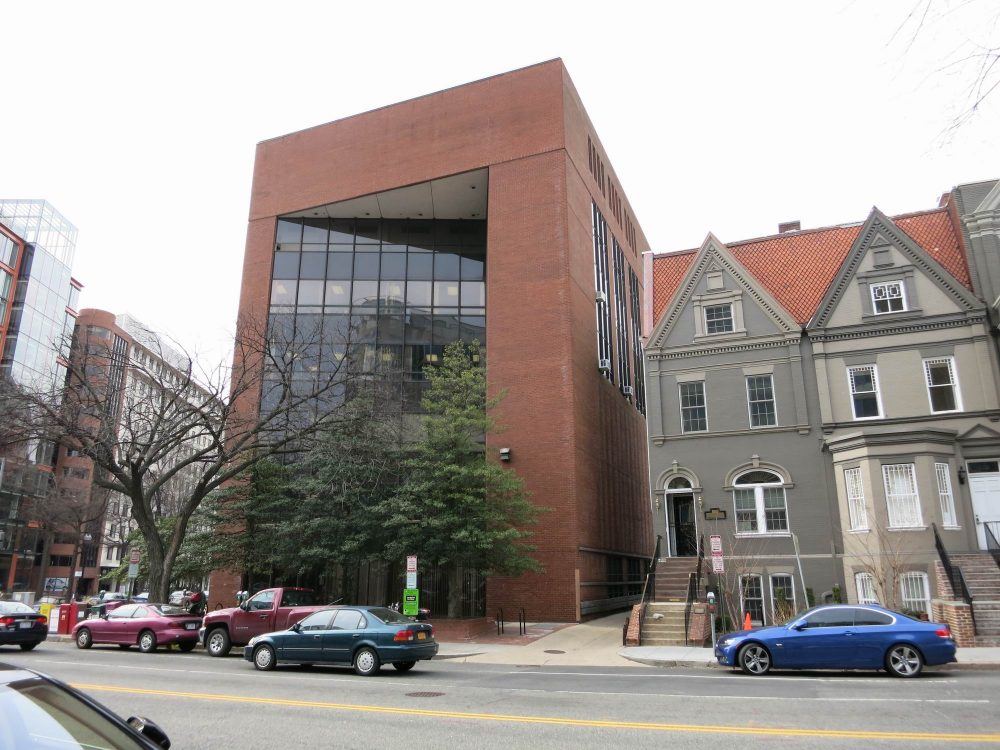 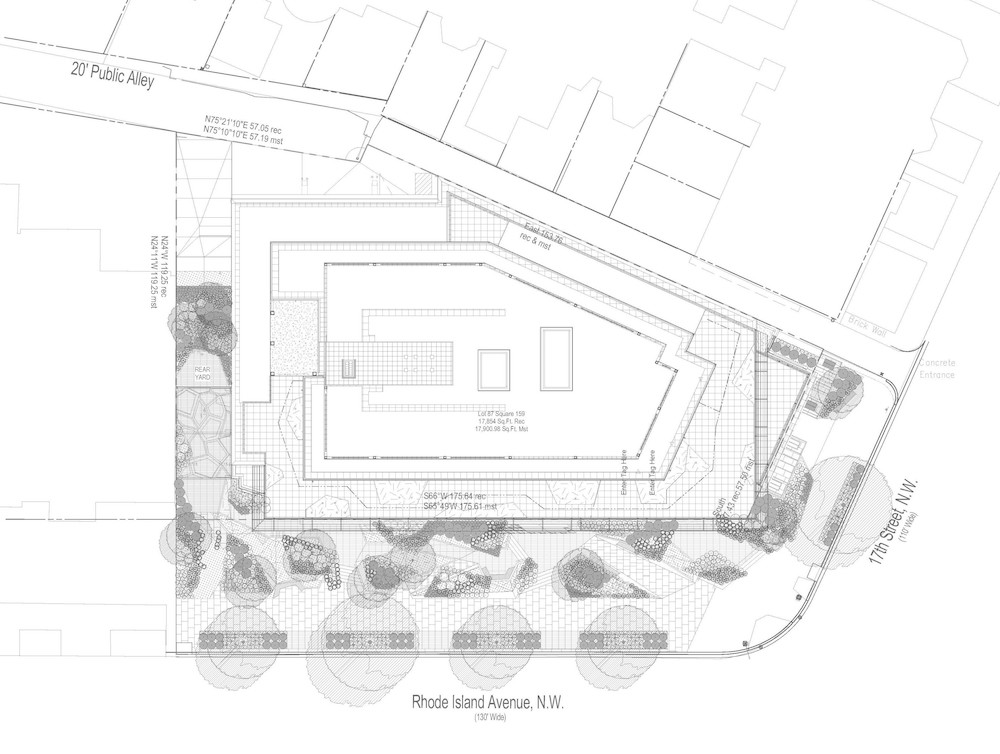 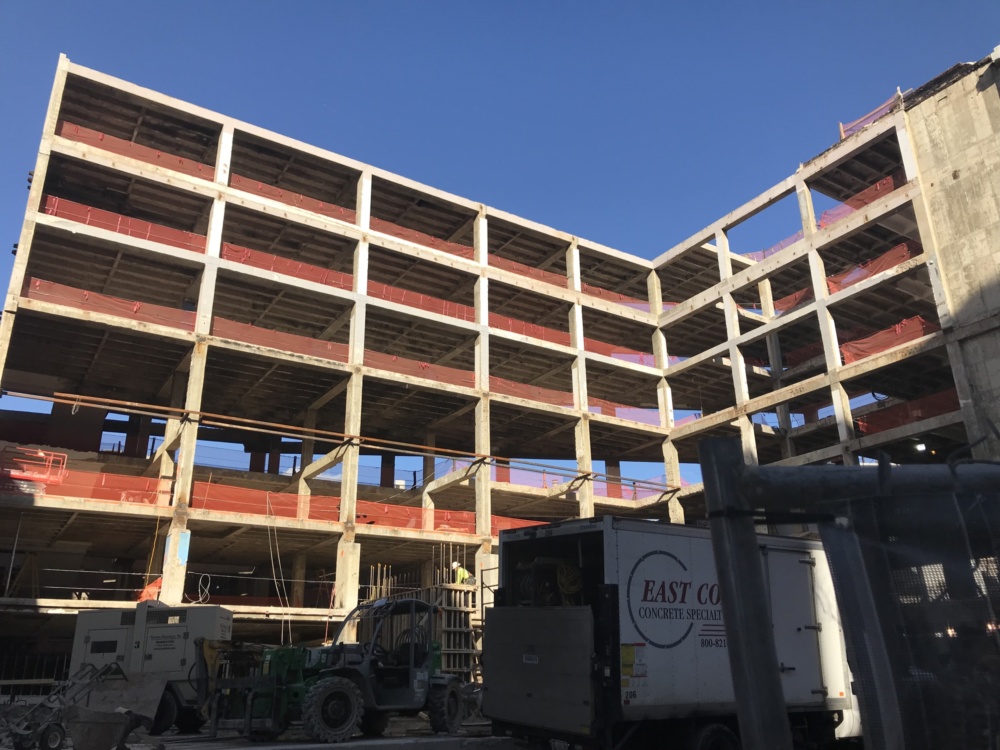 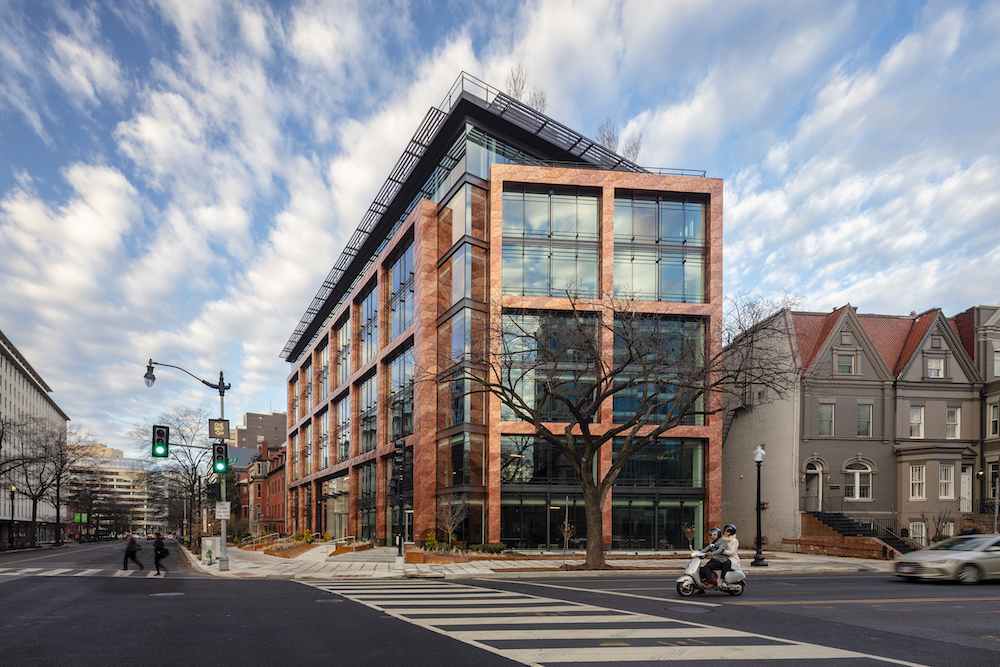 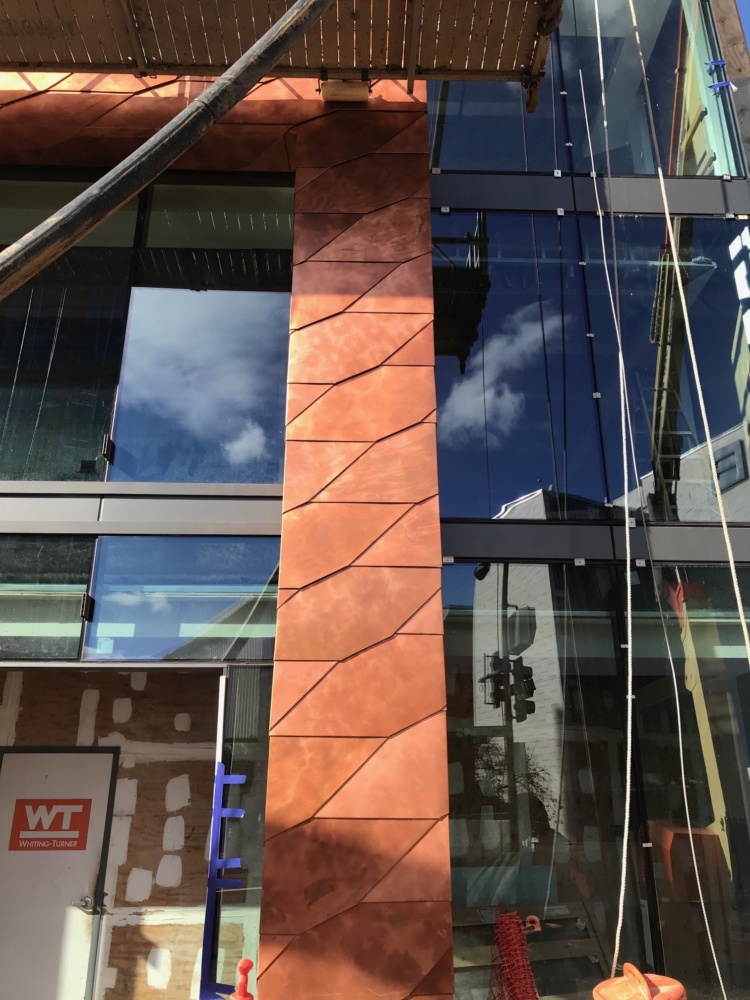 Located in Washington, D.C.‘s centrally located and historic DuPont Circle neighborhood, 1701 Rhode Island Avenue serves as a demonstration of the aesthetic and performative impact of retrofit strategies. The project, designed by local architecture and interior design firm Hickok Cole, is an extensive overhaul of a 40-year-old former YMCA facility into a LEED Platinum Class A commercial structure made complementary to the surrounding streetscape with handcrafted copper shingles and thoughtful detailing of the glazing bays.

The former YMCA facility was an imposing structure of featureless red-brick and limited glazing, made all the more pronounced by the prominence of the location; a corner site visible from many vantage points. For Hickok Cole, the project presented the challenge and opportunity of repositioning the site in collaboration with the local Advisory Neighborhood Commission and the Historic Preservation Office. The 104,000-square-foot project rises to seven stories, and includes a rooftop addition setback from the street wall.

If anything, retrofit approaches are an arduous lesson in logistical planning and construction scheduling and this project proved no exception to that rule. As an athletic facility, the YMCA featured a large swimming pool in its basement, which, as it turns out, also functioned as a two-story foundational wall for the building. According to Hickok Cole associate principal Jason Wright, the construction of a new subterranean parking garage necessitated the removal of the foundational wall, a procedure that normally requires the expensive insertion of shoring structures. Instead, after analysis, the design and structural teams discovered that the retention of the original facade during the removal process yielded a significant degree of load, capable of stabilizing the structure throughout excavation.

After a year of excavation and the pouring of a new foundation, the facade was demolished and surgically stripped down to its structural skeleton of concrete piers. The structural order of the piers—and the spandrel at every other floor slab—forms the basis of the new facade layout, which is divided by a grid of approximately 20′-by-22′ modules with each horizontal and vertical member projecting a foot-and-a-half from the property line. The proportions of each module are roughly in line with the width of a standard D.C. row house.

The entire grid is clad with 1,700 copper shingles, which are chamfered at their corners and sequenced from bottom left to top right, thrusting upward 18 inches at each successive layer. Juxtaposed with nearby St. Matthew’s Cathedral and historic structures, the use of copper is a clear nod to traditional detailing. “The facade combines the ancient feeling of copper with a contemporary pattern and layout,” said Hickok Cole senior associate Stefano Sani. “This is supplemented by the fluid geometry of the cladding and it’s hand installation.”

The copper shingles were manufactured by KME Italy, and the design team made several trips to the facility to inspect their varnish—since no two shingles are the same, an acceptable range of treatment was determined by Hickok Cole. Each shingle was treated with a nano-ceramic coating to slow the process of patination. The fabrication process was also something of a tour across northern Italy; the shingles were cut in Parma, varnished in Verona, coated in Venice, and sent back to Parma. Prior to shipment to the United States, the shingles were randomized within their crates to ensure a range of treatments across the building’s facade following installation. Each bay is outfitted with bands of dark-black metal filigrees, which, according to Sani, is a measure to transition between the solid and void of the copper and glazing.