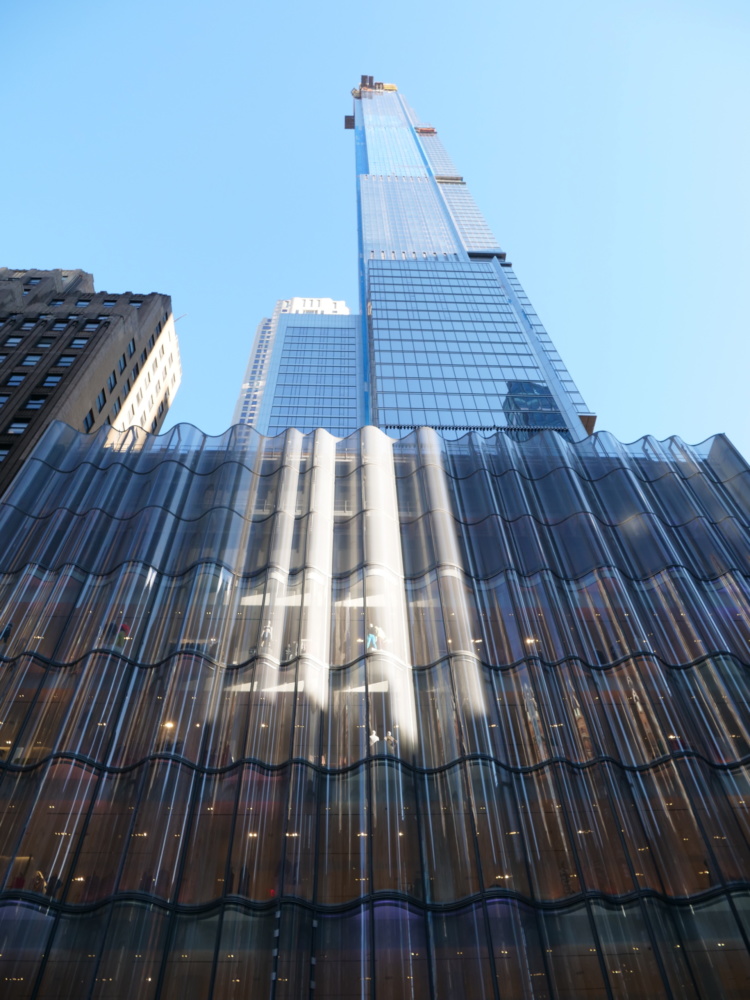 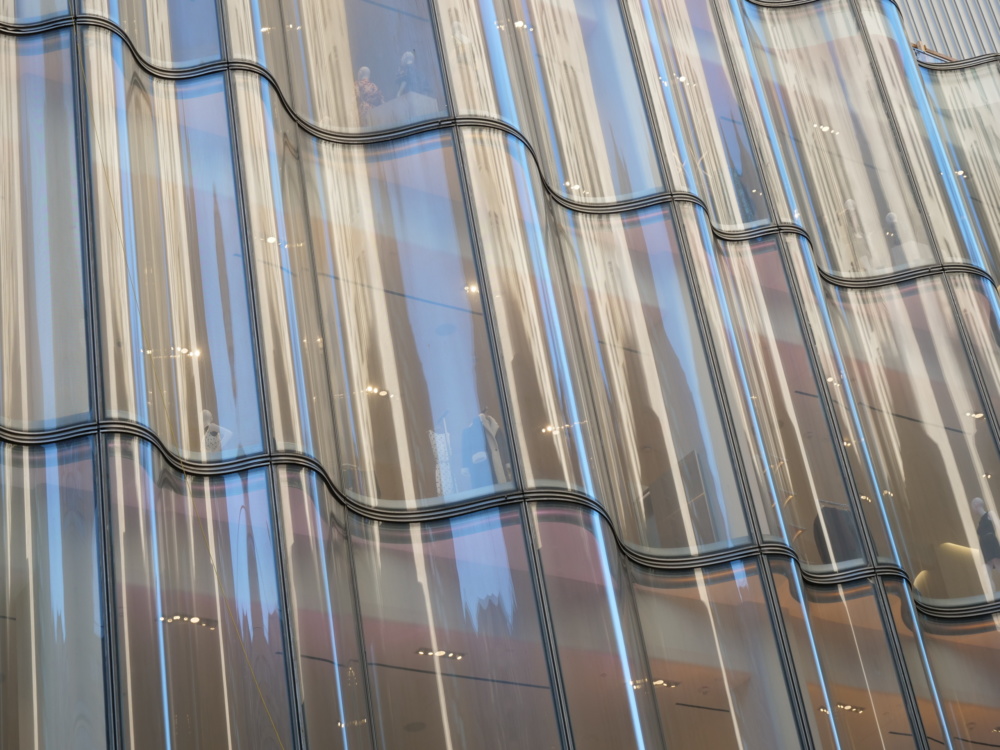 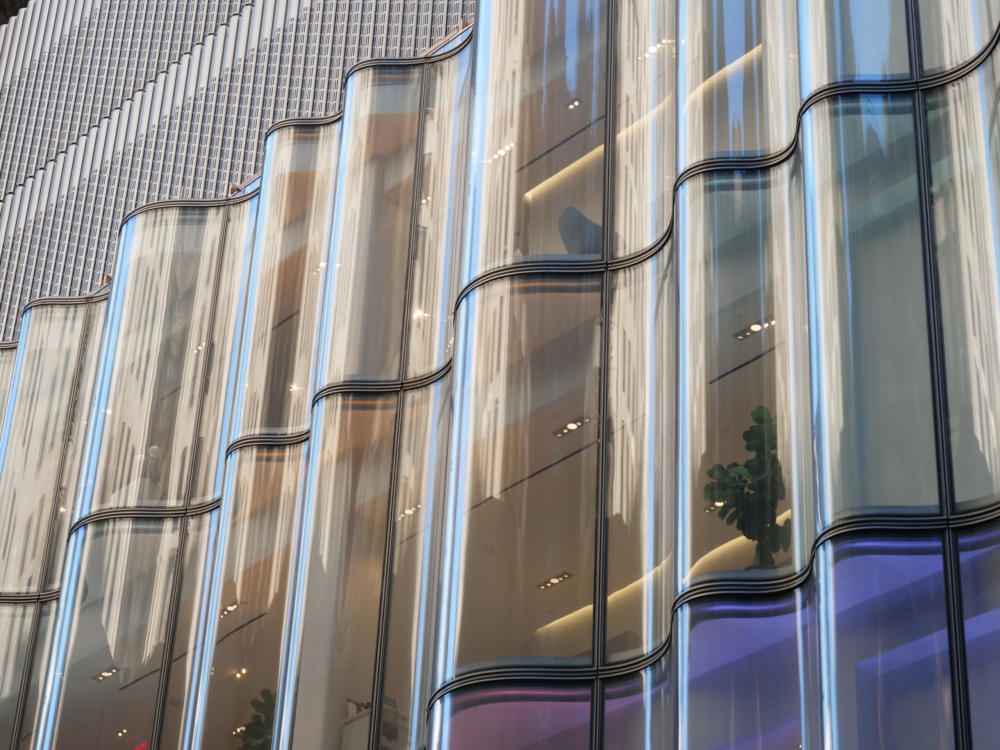 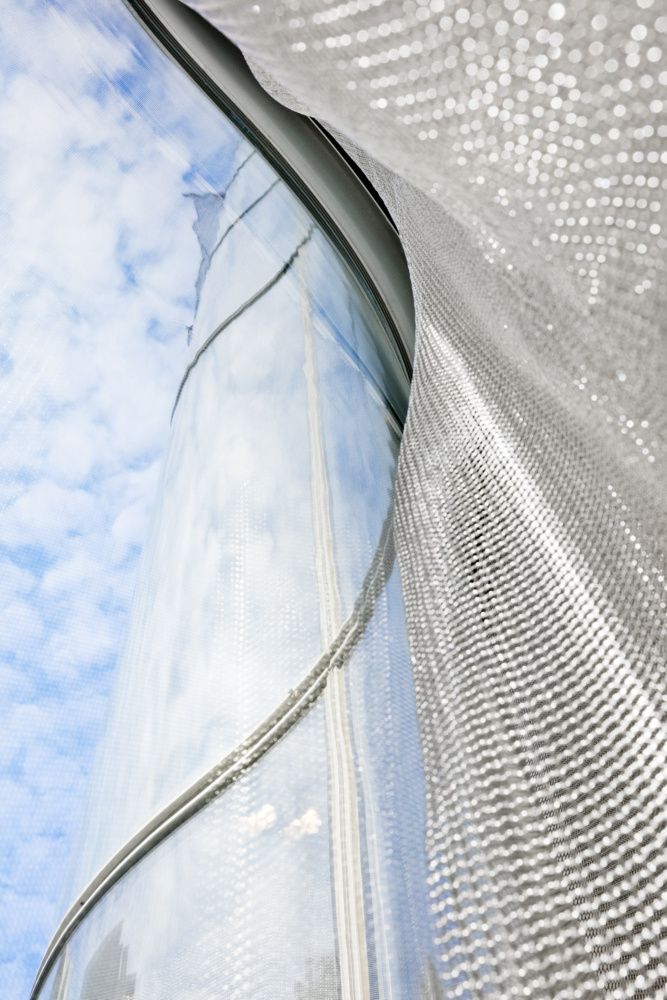 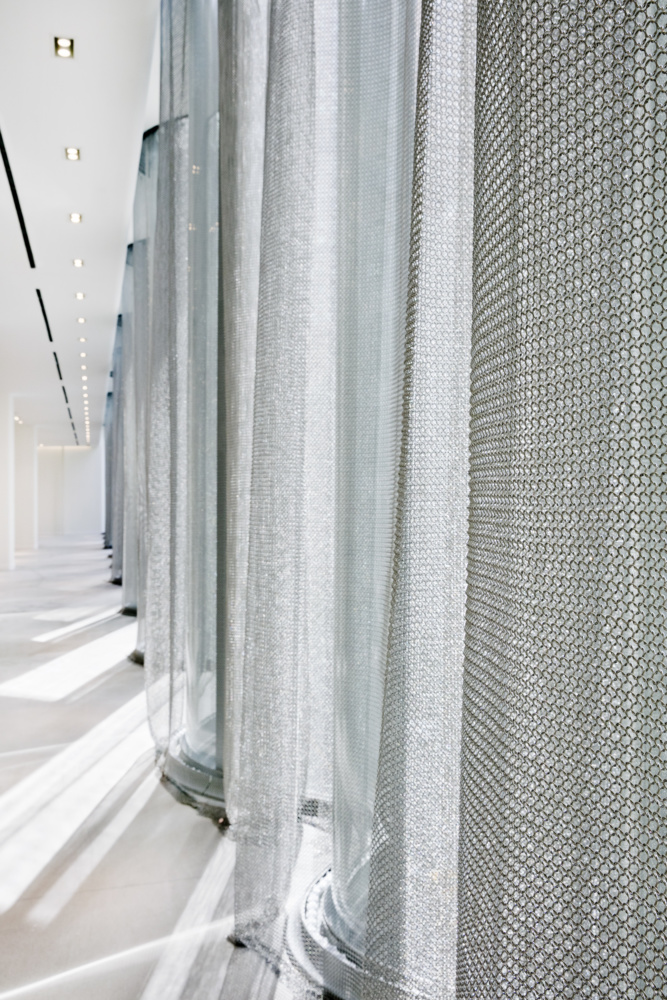 Over the last four decades, James Carpenter Design Associates (JCDA) has been a pioneer in advanced glass installations and facade design, with projects ranging from the Museum at the St. Louis’ Gateway Arch to the Fulton Center Sky Reflector Net. The new Nordstrom flagship store in New York is located at the podium of the Adrian Smith + Gordon Gill Architecture-designed Central Park Tower, the world’s tallest residential structure. The storefront is yet another demonstration of JCDA’s proficiency in lightness and transparency, evident in the undulating curtain wall of double-curved and supersized glass panels.

The JCDA-designed curtain wall is the public face for the retailer along the store’s south and north elevations—the store also includes several buildings located on adjacent Broadway. Reaching a height of seven stories, the translucent exterior presents a striking streetwall that, in certain respects, resembles the articulated stone-and-brick massing of abutting historic structures, and, according to JCDA, its wavelike form is an homage to the East and Hudson Rivers bounding Manhattan.

Spanish glass manufacturer Cricursa—one of the few with the technical capacity to produce extra-large curved glass panels—was pulled into the project at an early stage. According to JCDA, “The design started with the glass itself and worked out to the surrounding frame system, so ensuring the bent profiles were achievable both in terms of structure, manufacturing, handling, and shipping was important in the early design stages, most critically in the visual mockup and the performance mockup stages.”

In total, there are five typical profiles and four unique corner profiles, and their dimensions range in height from 17′-6″ to approximately 19′-6″, and in width from 3′-10″ to 6′-2″. The result is a striking succession of convexities and concavities following an A-A-B-B rhythm, with occupiable spaces similar to that of bay windows.

The curtainwall is backed by a diaphanous steel mesh veil, that, similar to the now-defunct pool room of the Mies van der Rohe’s Four Seasons, filters daylight and adds a layer of depth, with shadows and iridescence, to the facade.