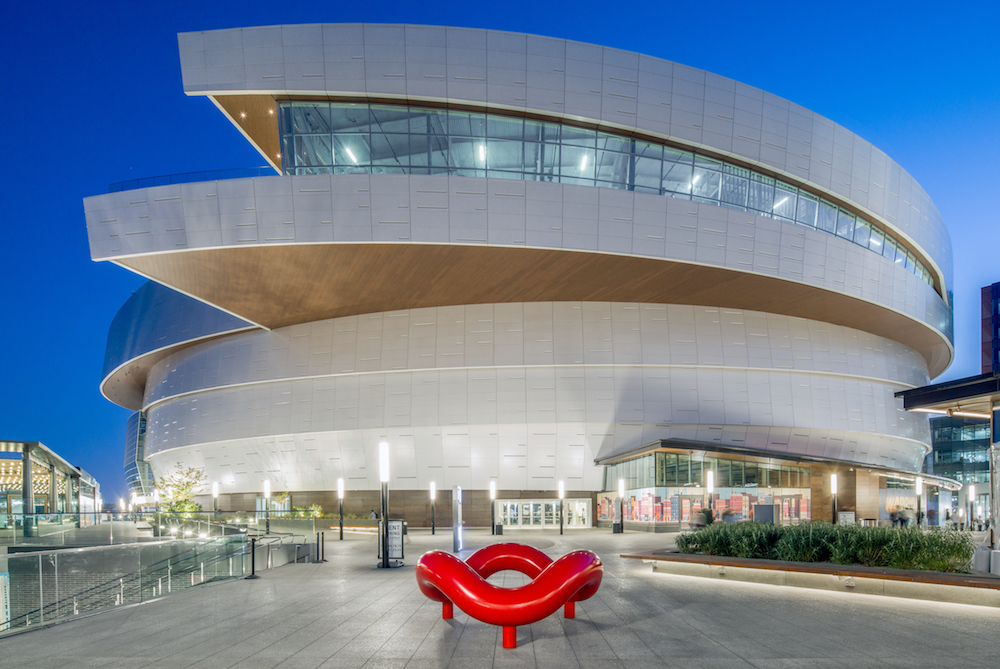 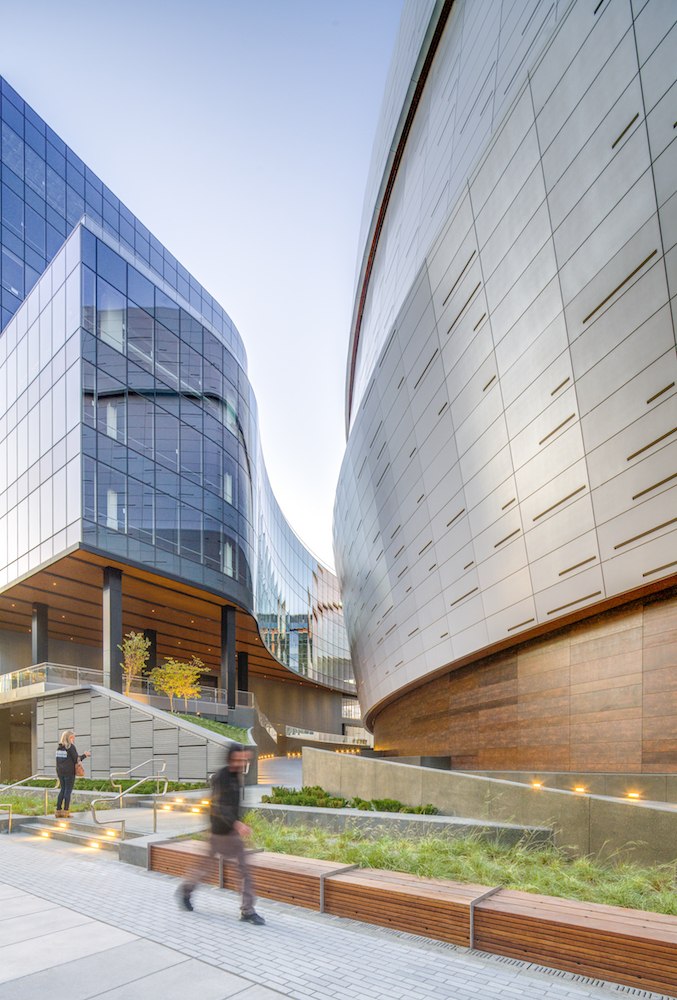 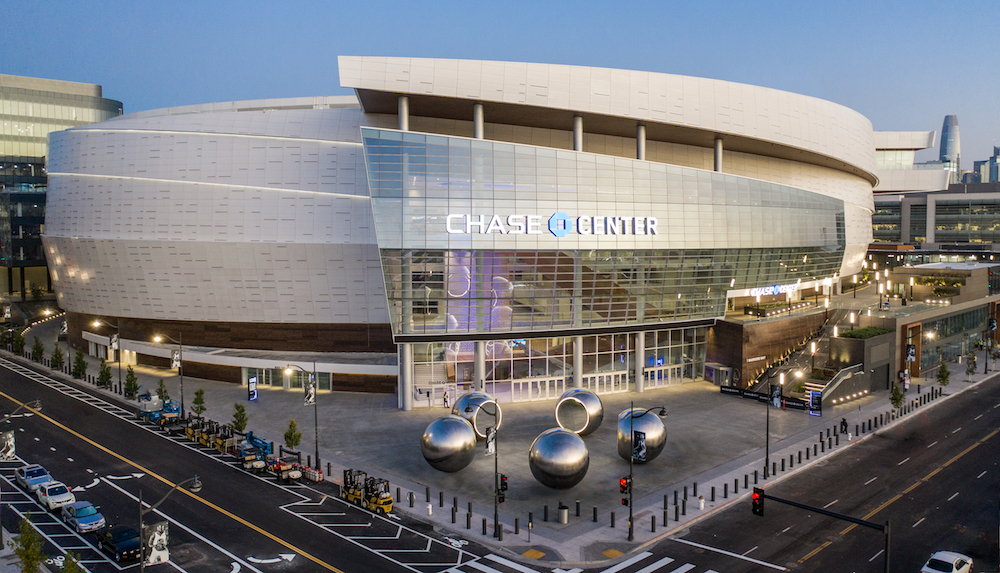 <
►
>
Much of the arena’s infrastructure is placed below grade, allowing each elevation to be public-facing. (Jason O'Rear/Chase Center)

The Chase Center, the new home for the Golden State Warriors, stands prominently in Mission Bay, San Francisco, and joins a nationwide shift from stadium and arena as standalone monoliths surrounded by acres of asphalt parking lots to those embedded within dense urban frameworks. The 11-acre project, designed by Kansas City’s MANICA Architecture, opened in the Fall of 2019 and consists of two public plazas, a waterfront park, and, of course, a nearly one-million-square-foot arena clad with custom aluminum mega-panels.

For MANICA Architecture, the urban context of the project presented an operational challenge; stadiums require arduous logistical planning on and off-site, which typically manifests with one public-facing elevation and others functioning as quasi-loading docks. Instead, the design team buried the infrastructural elements beneath the entire site, which, in turn, freed up the facade to function as a rain screen with stylistic references to the nautical and tech heritage of the San Francisco Bay.

From a structural standpoint, the arena consists of 14 distinct stacked ‘drums’ which lend the project it’s distinct swooping massing. “The free-flowing facade resembles the organic, almost sculptural forms that the sails themselves create, appears in motion with a constantly changing facade experience from every angle,” said MANICA Architecture president David Manica. “The holes in the metal panels are a nod to the punch cards from the original computers, a digital reminder of the area’s rich tech past.”

The complex geometry of the arena’s form required a distinctive solution; and MANICA collaborated closely with facade consultant Walter P Moore, fabricator MG McGrath, and facade contractor Enclos to design the custom mega-panels and facade system. The mega-panels are divided into 14 distinct categories—each conforming to a ‘drum’ of the structure—with 5,000 unique panels found across the enclosure. MG McGrath handled the bulk of fabrication out of their Minnesota facility, and produced nearly 140,000-square-feet of unitized-ready .125″-thick aluminum plate panels treated with Arkema’s White Kynar 500 resin coating.

“The geometry of the metal panel system consists of different orientations of conical elliptical bands that overlap—since the perimeter of the structure is more of a regular cylindrical oval—the team had to figure out a backup support system that would achieve the design intent and allow these panels to stand off the main structure and air barrier,” said Golden State Warriors vice president of design and construction Peter Bryant. “Rather than install these as individual panels, the team devised a method to preassemble panels onto mega-panel assemblies that were then attached to this backup structure.”

The irregular layout of the conical elliptical bands also translated to exposed cantilevers across the project, and the design team turned to wall and ceiling systems producer Pure+FreeForm, also based in Minnesota, to supply a dark-brown wood soffit. The firm developed a custom super-matte finish, called Mission Grain, and extended the material effect to interior wood paneling. Glass curtain wall is primarily found at the entrance atrium and summit of the arena, and consists of Viracon VRE1-65 Insulating Glass backed by a custom-developed architecturally exposed structural steel system.