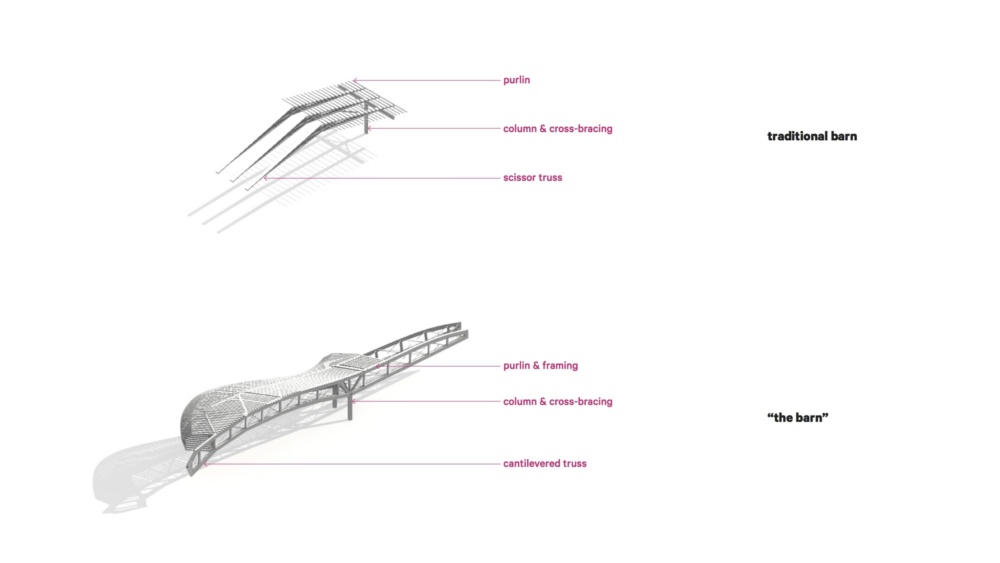 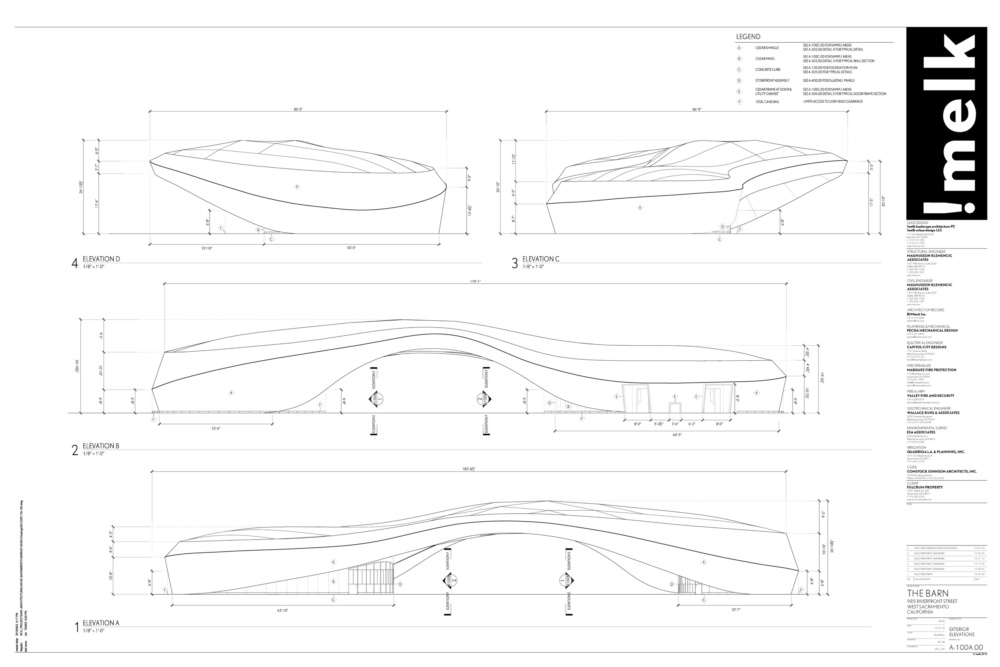 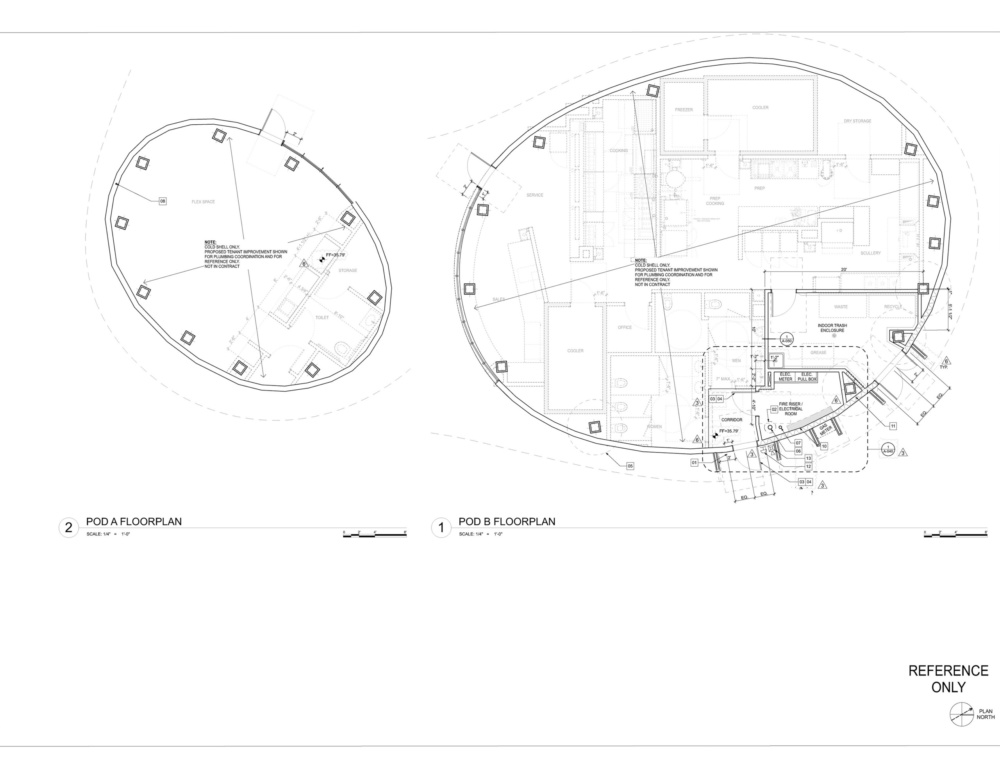 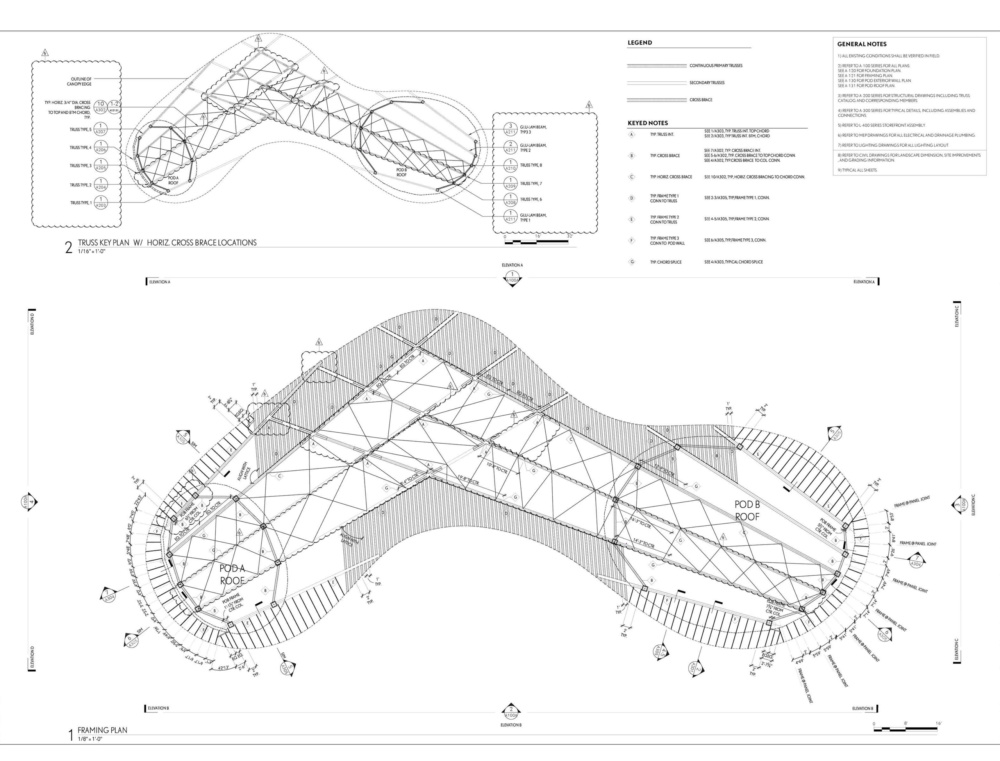 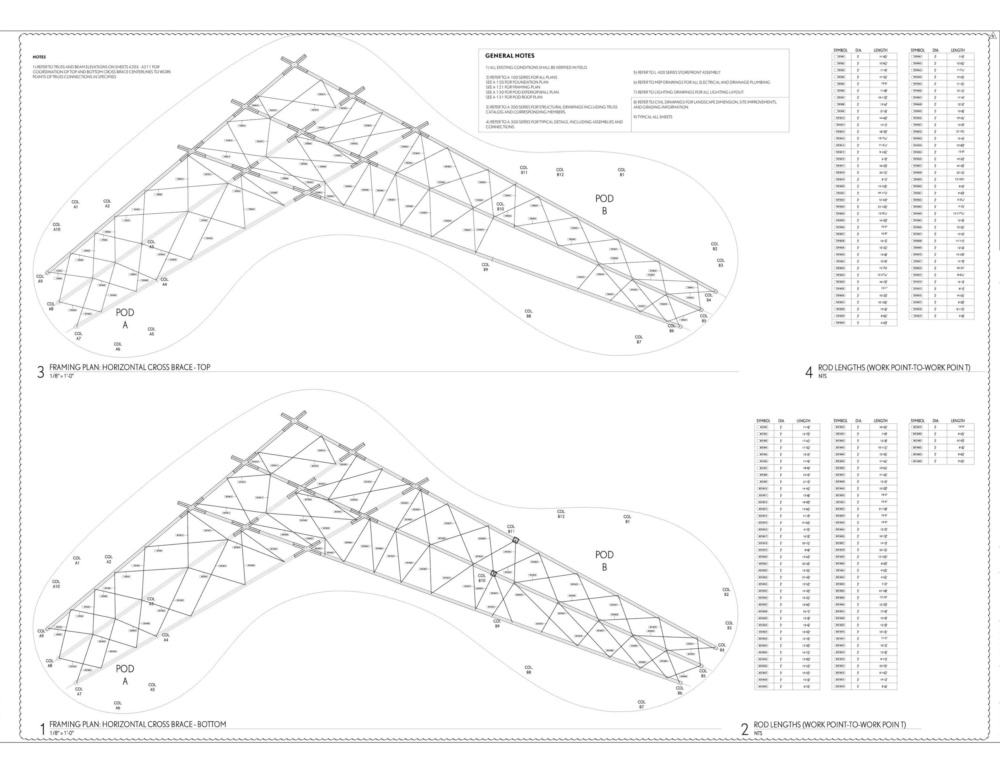 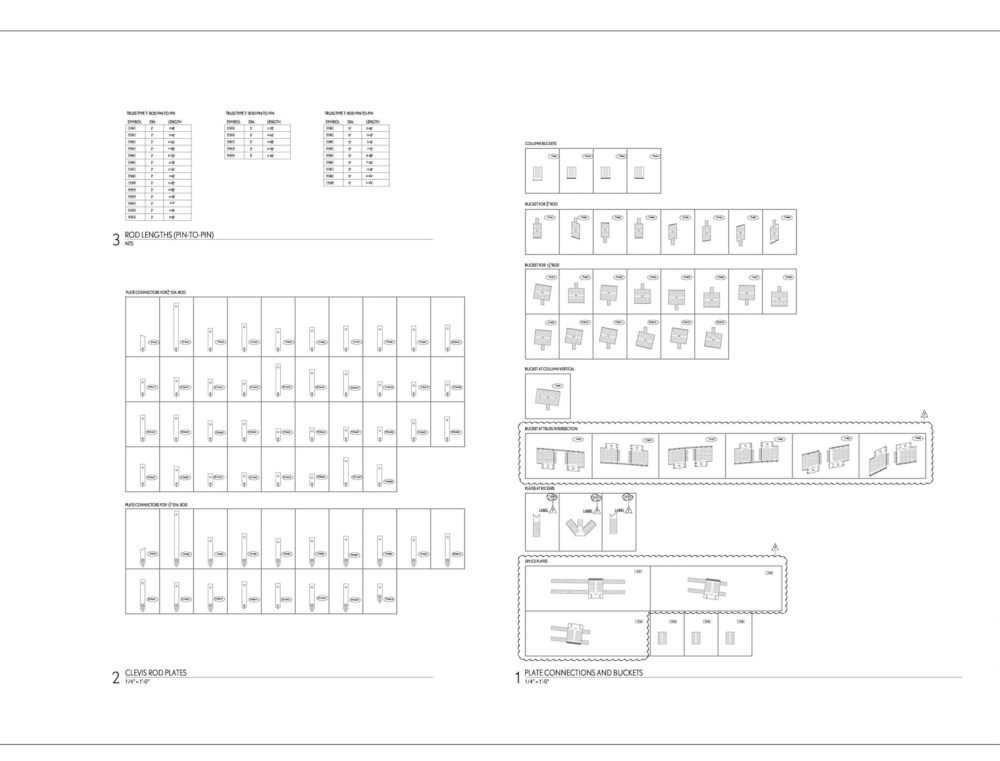 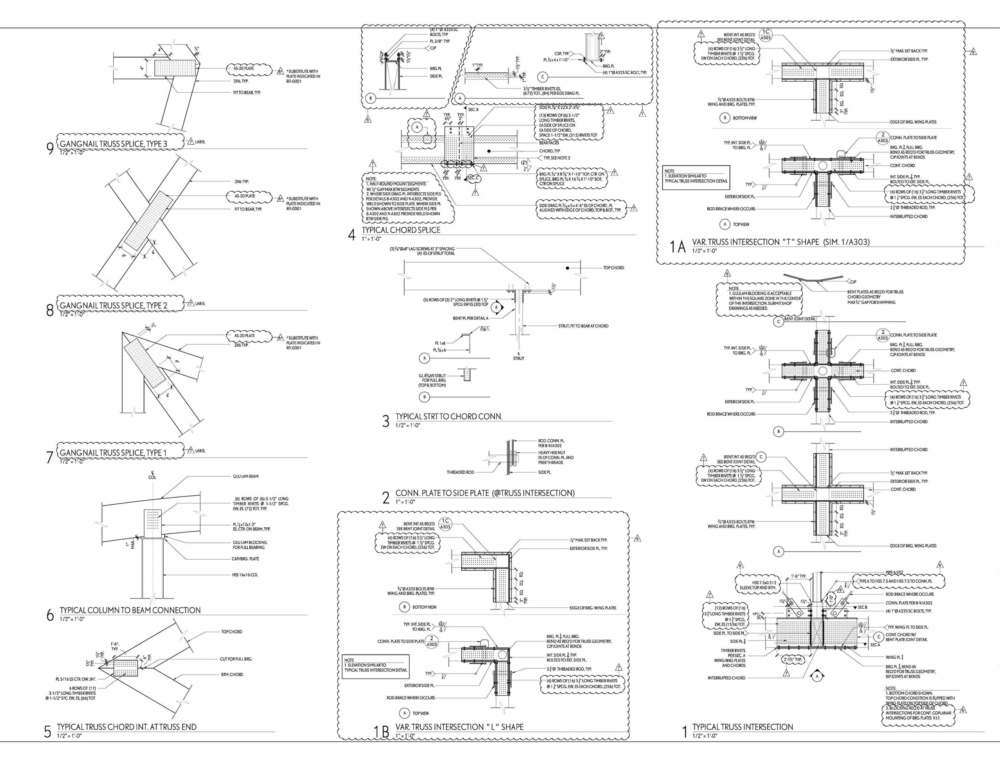 <
►
>
!melk used parametric design software, such as Grasshopper for Rhino, to maximize shading underneath The Barn's canopy. (Courtesy !melk)

The Barn, designed by New York–based landscape architecture practice !melk, is a parametrically-designed wooden canopy with a restaurant and beer hall that opened in 2017. Located in the city of West Sacramento, the 9,100-square-foot project is the lynchpin of the larger 178-acre Bridge District, a mixed-use project with a planned population of 9,000 residents developed by Fulcrum Property.

The undulating building rises from two “pods” occupying 900 square feet and 2,300 square feet respectively. Each pod sits atop a three-foot-thick concrete foundation that extends six feet outward from the circular glass curtain wall. A colonnade of concrete-filled, 14-foot-tall steel structural sections ring each pod, with each column strategically spaced to support the 16-ton wooden canopy above.

Rising up to 20 feet from these two separate concrete-and-steel structural foundations is the double-cantilevered superstructure built of glue-laminated timber supplied by Oregon’s Wood Tech Services. According to !melk director Ian Hampson, a system of custom-designed steel “buckets,” timber rivet, and cross braces, are used “to tie together the intersections of the glulam beams and help to brace for lateral load and torquing. Hampson noted that the bucket plates both bear and rest on the glulam trusses depending on their location, and “allow for the attachment of a structural lattice, which makes each glulam truss function similar to the trestle of a bridge.”

The secondary system, protruding from the superstructure’s glulam trusses and brackets, is composed of standard 4 x 4 inch and 6 x 6 inch wood beams that are topped with nearly inch-thick plywood sheets insulated with synthetic polymer roofing. Over 7,000 Class A cedar shingles, produced by Sacramento’s Gudgel-Yancey Roofing, cascade across the roofline, soffits, and towards the base of each podium.

Since only a third of the overall footprint is occupiable space—an preexisting access route to the River Walk Trail runs through it—the design team envisaged The Barn as a public realm overlooking the Sacremento River and the downtown area. To shield any public gathering or lingering pedestrians from the Northern California sun, !melk employed parametric design to understand the impact of orientation and massing on overall shading, leading to the structure’s unique oblong canopy.

The underbelly of the canopy is defined by the exposed grillage of the secondary system’s wood beams and soffits composed of the same Class A Cedar shingles. Exposing the truss system above, the grillage facilitates natural ventilation to the enclosed pods, and space for lighting features visible from across the Sacramento River.