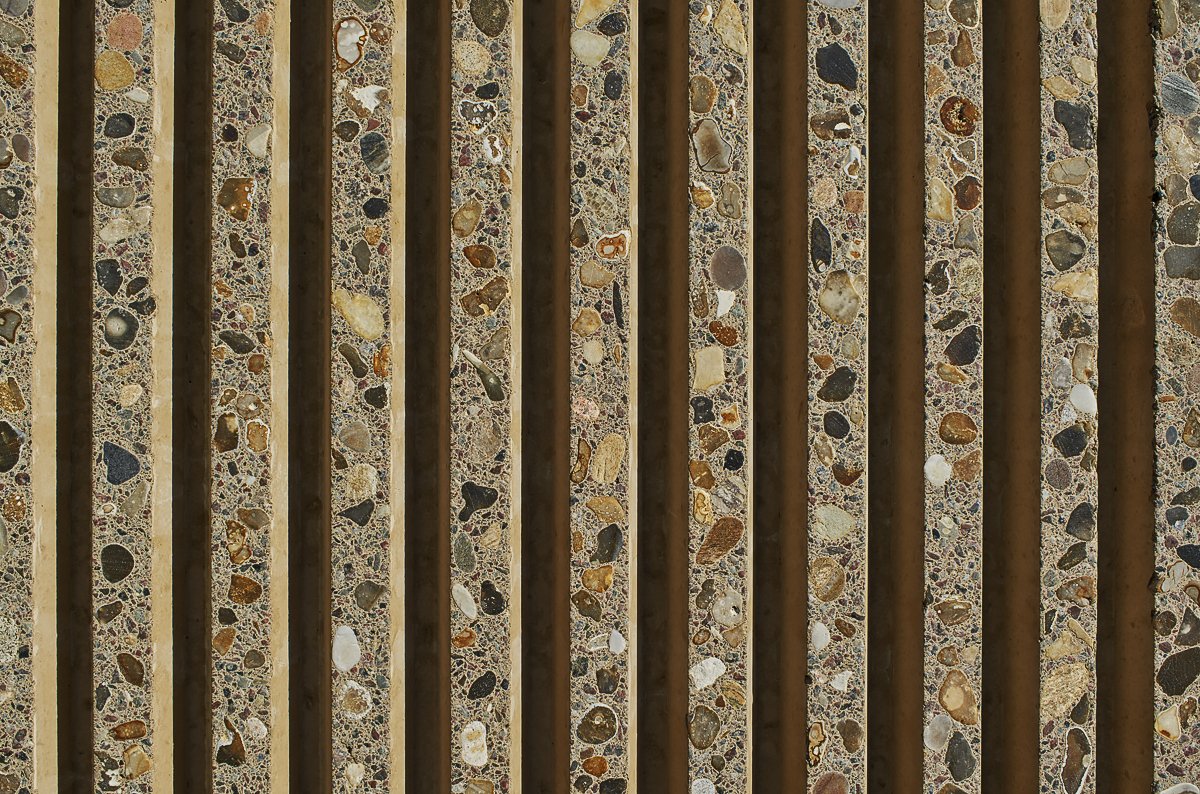 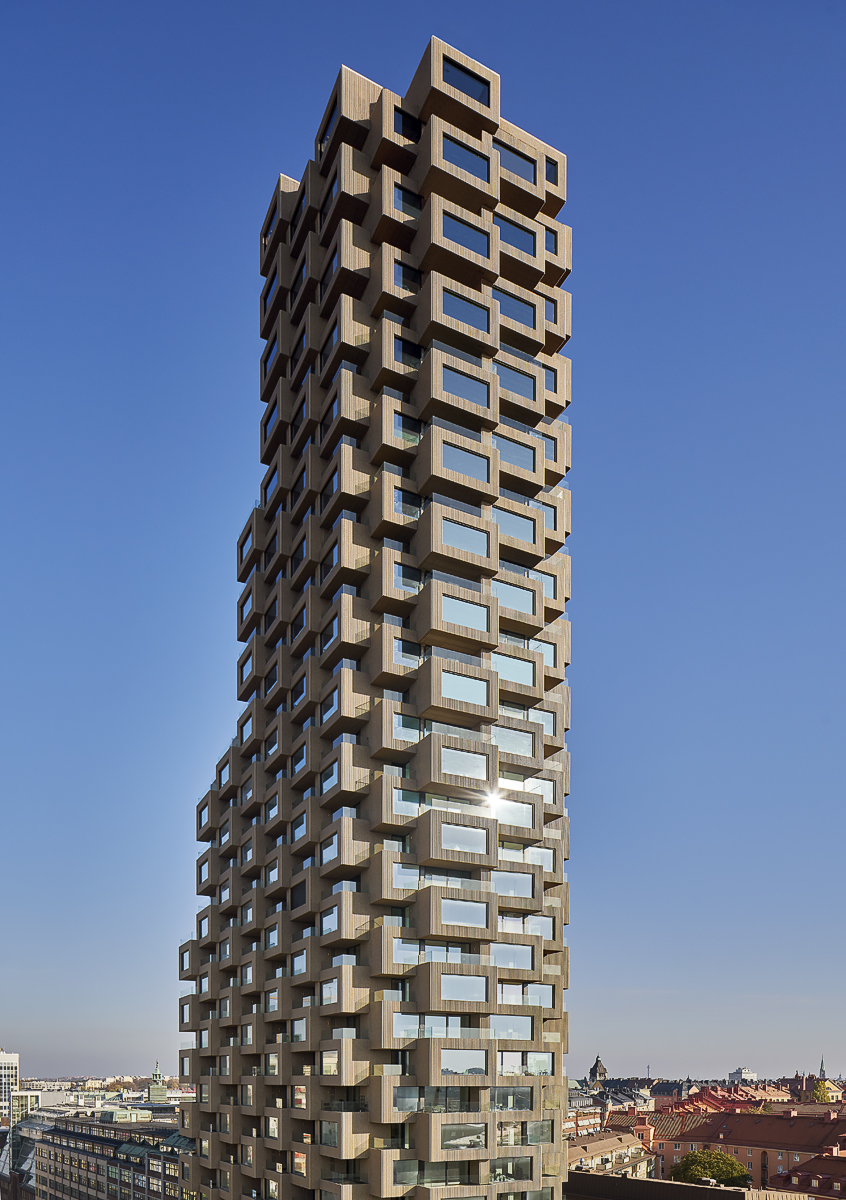 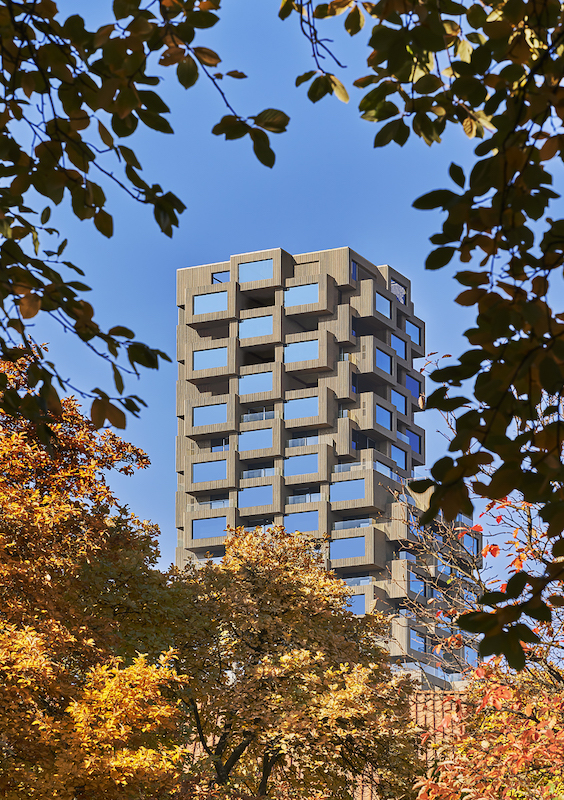 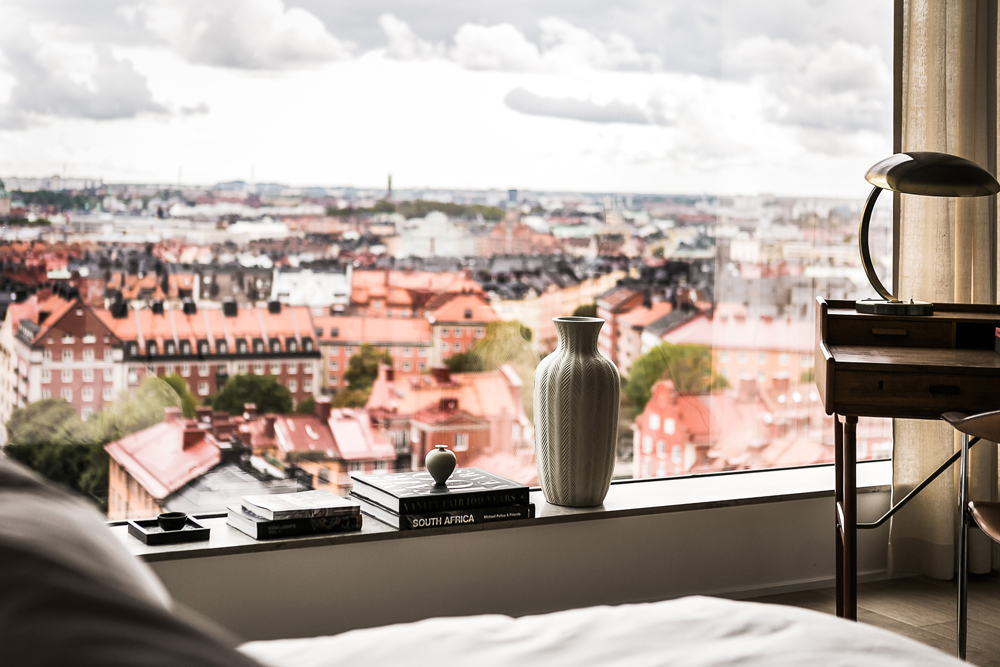 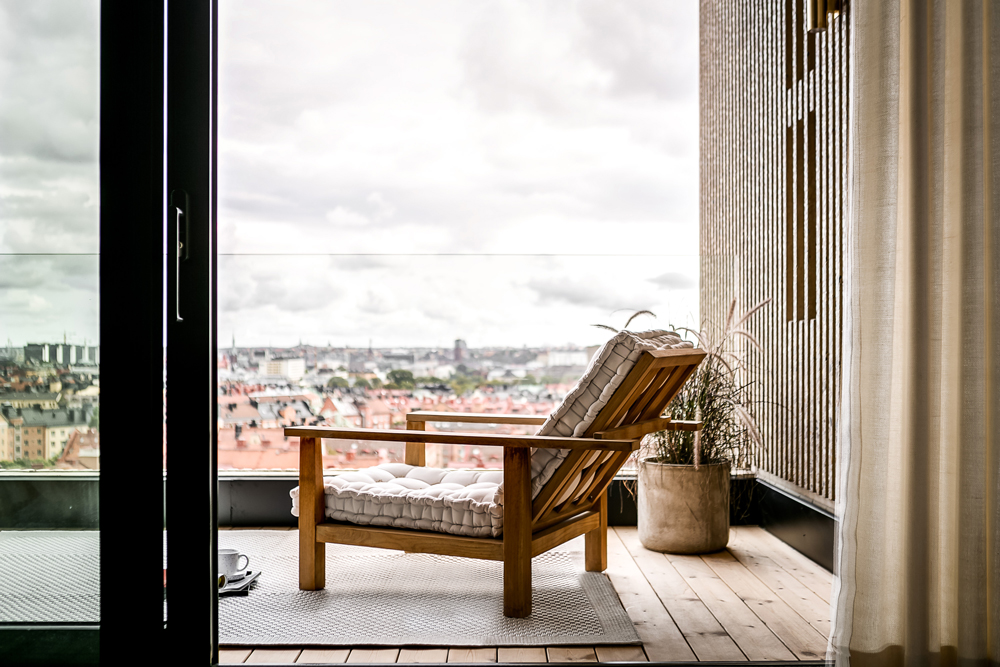 The first of two new OMA-designed Brutalist-inspired towers, known as Norra Tornen, has officially been opened in Stockholm, Sweden. The 125-meter-tall residential tower is the tallest in the city, and when joined by its partner will act as a major gateway into the city.

Formally and materially, the project is defined by 5,000 prefabricated panels, which also act as the main framework for the building. The “sandwich” panels include all the wall systems, including the windows, insulation, and exterior facade. This system, which is manufactured in Sweden, means that construction can happen at a breakneck speed, with new floors rising by the week.

The facade is composed of robotically bush-hammered multi-colored stone aggregate concrete panels. From a distance, the tan concrete form of the building makes the Brutalist reference very clear. Upon closer inspection, the striated articulation of the concrete is highlighted by large pink, yellow, red, and brown aggregate embodied along the panels’ ribs.

Thanks to the pixelated form of the building, the facade’s surface area is greatly increased. This provides space for more windows, to capture as much fleeting Nordic sunlight as possible, as well as numerous recessed terraces for the temperate summers. It is also on these terraces that the finely finished facade can best be experienced.

This articulation of form and choice of material ended up being the major architectural moves of the project, as the overall shape of the building was inherited by developer Oscar Properties from an earlier design by a city architect. OMA partner and lead designer of Norra Tornen, Reinier de Graaf was on hand for the opening of the building saying, “With a limited articulation of a given form, without breaking any rules, we were able to produce something that was quite different, quite surprising.” He continued to discuss the link between the industrial processes of building the prefabricated tower and its form. “It’s about repetition. It’s about repeating one detail, in and out, and reversing it every other floor. And from the one repetitive industrial detail we can produce something highly varied.”

When the second tower is completed next year the two towers will in some ways bring Brutalist architecture full circle. The term “Nybrutalism,” was first used in Sweden by famed local architect Hans Asplund in the 1950s and made famous by Reyner Banham. With the recent popularity of Brutalism in academic circles and preservation efforts around the world, it was only a matter of time before a major contemporary project be completed in the much-maligned style.