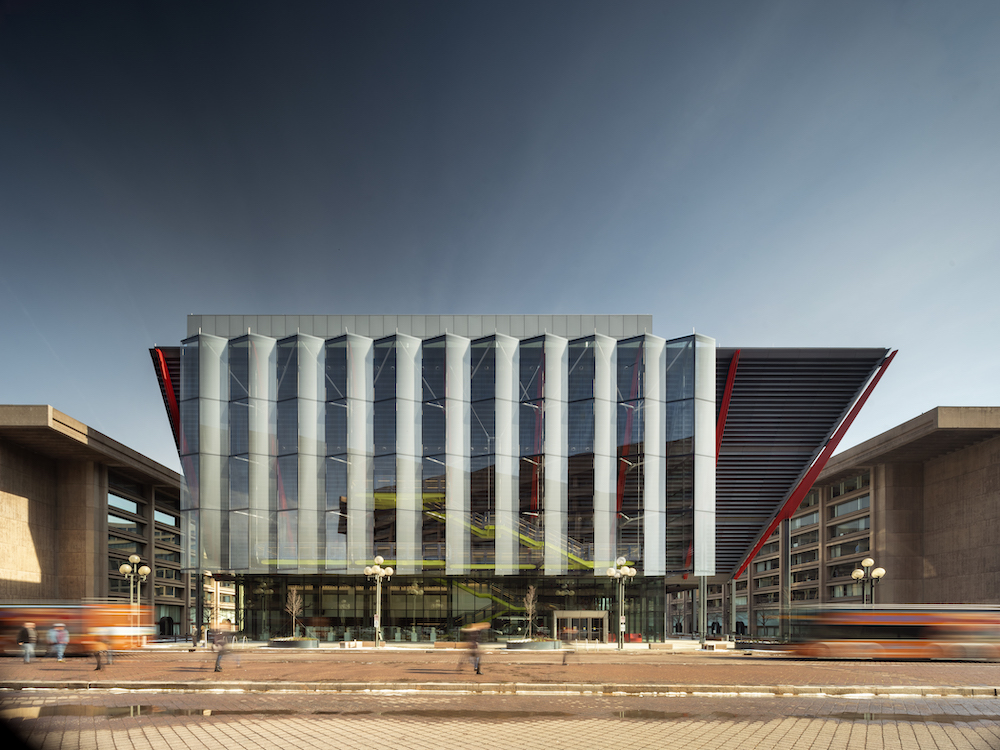 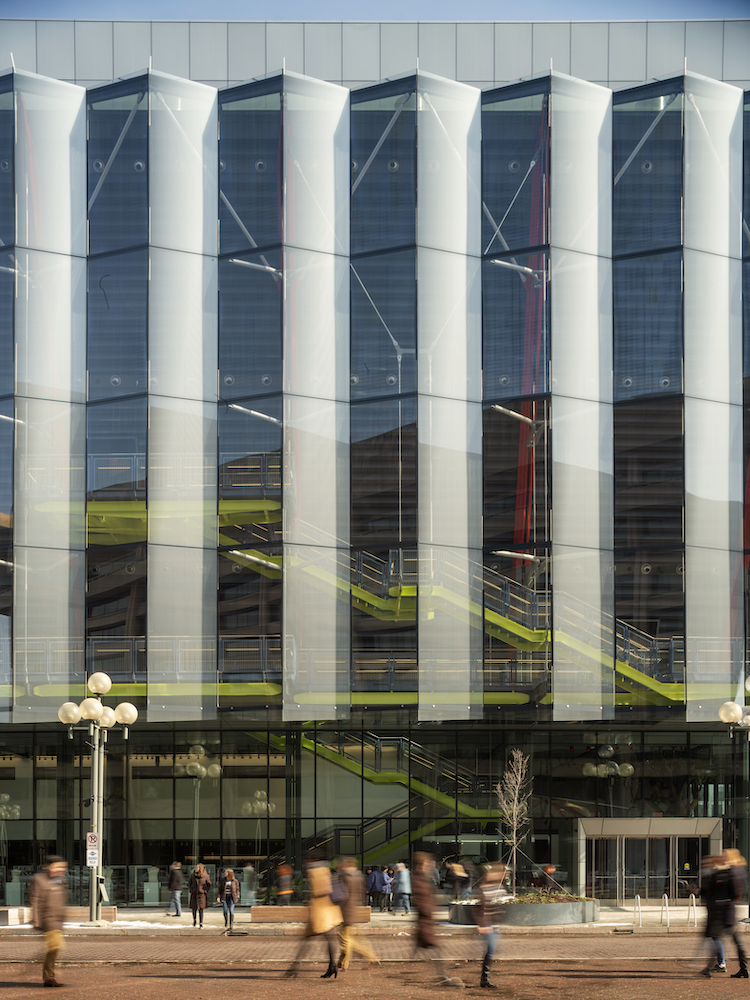 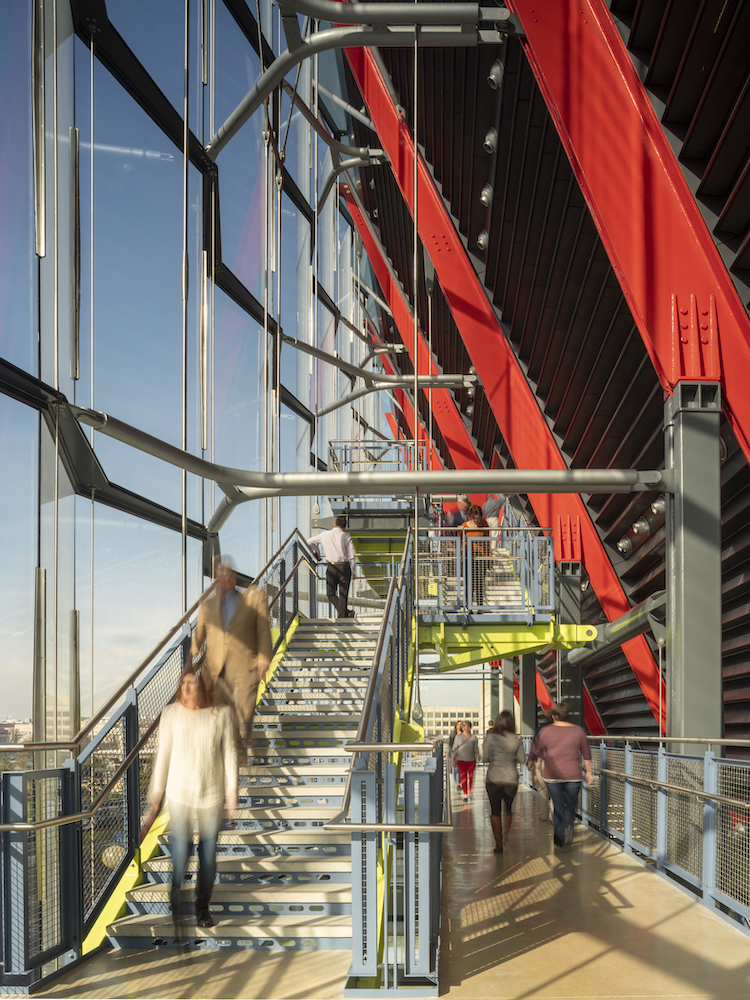 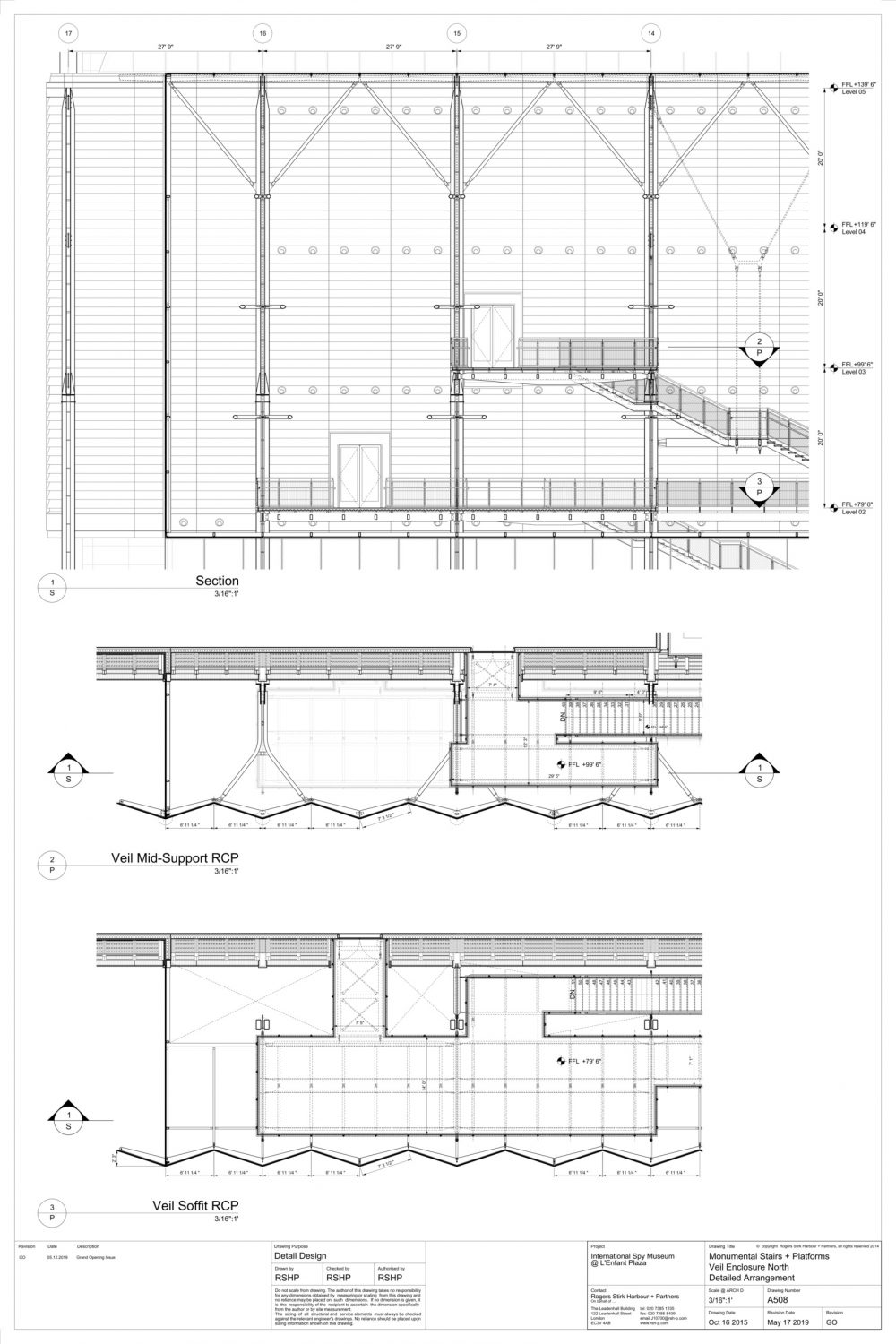 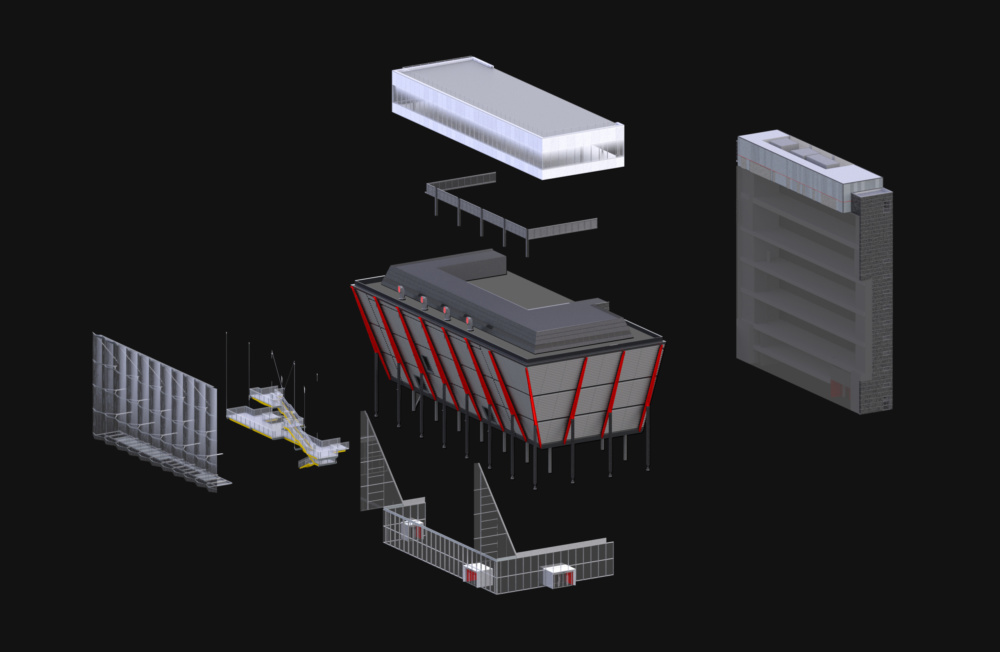 The International Spy Museum presents a striking figure in the relatively staid streetscape of Washington, D.C. The building opened in May 2019 and was designed by London-based Rogers Stirk Harbour + Partners (RSHP) in collaboration with architect-of-record Hickok Cole, and replaced the original home of the Spy Musem that was constructed in 2002. The project is a demonstration of high-tech architecture; notably, the pleated glass veil shrouding an atrium and circulation space—both cantilevered off the primary black aluminum-clad exhibition-space structure.

L’Enfant Plaza is not the most exciting corner of Washington, D.C.—the megaproject, designed by I.M. Pei and developed by William Zeckendorf, is often derided for its overwhelming massing and dearth of pedestrian amenities. The International Spy Museum is located within a forecourt of the megaproject and, in its idiosyncrasy, establishes a formidable presence in the area. The project rises to a height of 130 feet, the height limit within the city, and is primarily encased in a tapered aluminum black box lifted off the ground by pilotis. Total square footage for the museum comes out to approximately 120,000 square feet divided across seven stories.

The location proved a challenge for the design and construction teams; the museum stands atop the L’Enfant Plaza metro station, a subterranean shopping mall, and, for good measure, a parking garage. To minimize operational disruption to the sites below, the design and structural teams opted to use lower impact hollow-bar micropiles for the foundation and established a schedule to allow multiple construction crews to operate simultaneously.

Harking back to the design of Richard Rogers and Renzo Piano’s 1977 Centre Pompidou, all of the structural elements and principal routes of circulation are fully presented at the primary west elevation. Sloped red steel fins rising from the collonade of pilotis that ring the structure and, quite literally, do the facade’s heavy lifting. Each rises to a height of 70 feet and were shipped from Virginia to the site in two pieces and assembled in-situ.

“From these five points, the facade is suspended on a trapeze of bespoke steel fabrications, that collectively resolve the gravity loads and lateral forces, in addition to the potential differential drift,” said Hickok Cole senior associate Bryan Chun. “Along with RSHP, we engaged Eckersley O’Callaghan as the facade consultant from the onset of the design process, their expertise and acumen were essential to define the limits of each member, and we selected Roschmann Glass specifically for their ability to engineer in a design-assist capacity.”

The panels for the fritted-glass veil are massive and measure 7′-6″ by 18′-6″ each, and stacked, the total height of the glass curtainwall is 60 feet. In lieu of mullions, the veils are held together with stitch plates that lend sufficient stability to allow the laminated glass to run less than an inch thick.

While the primary elevation is the project’s showstopper, the curatorial spaces are equally impressive. Aided by 3D-modeling software used during the design process, each structural beam is outfitted as a conduit for the museum’s MEP and HVAC systems, a strategy that allowed for nearly undisrupted 22-foot floor-to-floor heights as well as clear 60-foot floor spans.