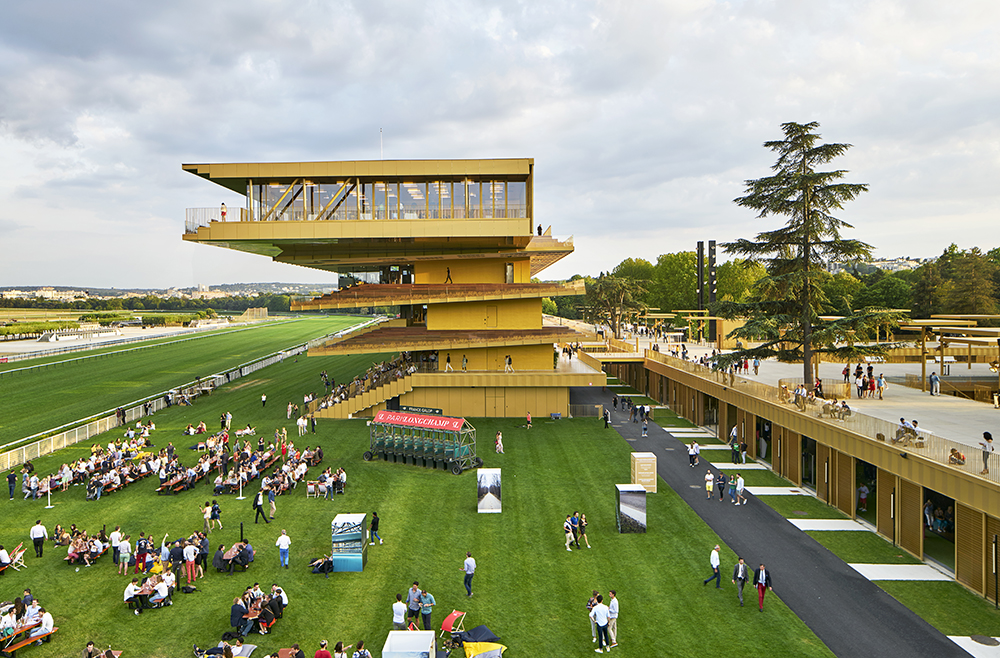 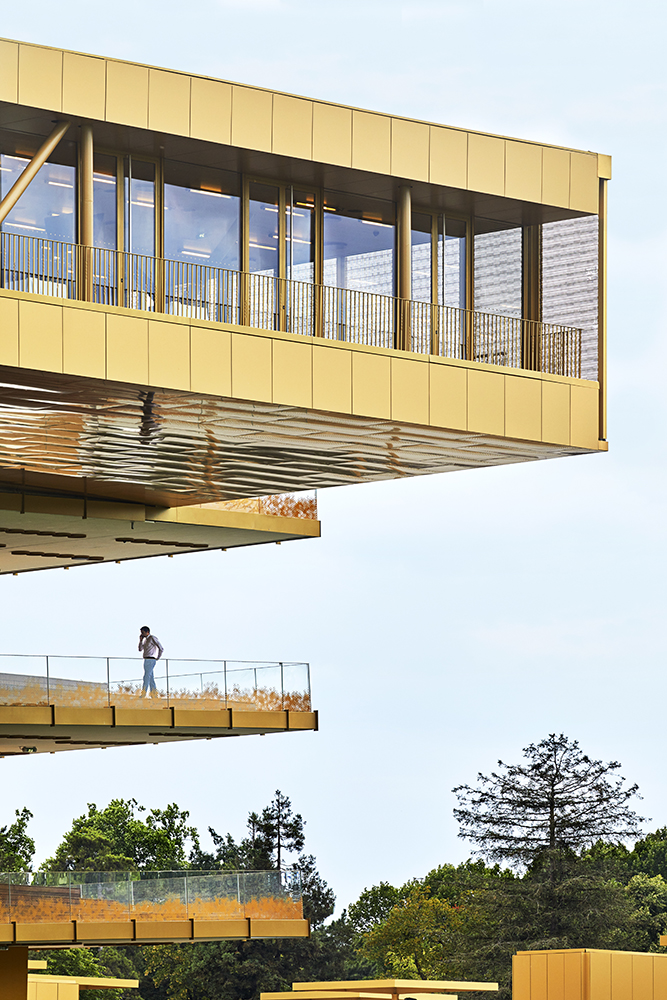 In 2011, Dominique Perrault Architecture (DPA) was chosen by France Galop, the governing body of horse racing in France, to redesign and modernize Paris’s venerable Longchamp Racecourse. Located in the city’s second largest park, Bois de Boulogne, the design of the 160,000-square-foot project seeks to connect to the surrounding landscape—the racecourse’s most prestigious events occur during the fall—with a luminous gold-yellow aluminum and steel facade. Construction of the project was completed in January 2018.

Opened to the public in 1857 as part of Haussmann’s civic improvement schemes, the Longchamp Racecourse has undergone significant transformations over the course of its century-and-a-half existence, including the destruction of two historic grandstands in favor of mid-century concrete pavilions that dwarfed their surroundings. DPA’s update stripped away these bare concrete additions, built a new 10,000-person capacity grandstand, and restored surrounding historic structures, with the goal of boosting year-round use of the facility and its overall cohesion with the surrounding city.

The new 525-foot-long grandstand has a polished golden hue, which contrasts with the bright white coloring of adjacent historic structures. Aluminum and steel in a variety of treatments and configurations clad a steel and concrete structural system. For the curtain wall, DPA opted for sliding, 10-foot tall stainless steel mesh panels stretched within a frame by a simple pin and rod mechanism. Produced by metal fabrics manufacturer GKD and framed by LCD Pose, the operable panels are a subtle kinetic element that facilitates natural ventilation and light filtration.

An aluminum rainscreen, produced and installed by Bysteel, courses across the complex in flat rectangular panels to create a protruding chevron frieze. Below the cantilevered top balcony, the iridescent cladding serves as a semi-reflective soffit that distorts the scene below.

The massing of the grandstand is meant to represent the motion of a galloping horse: the top floor dramatically cantilevers 65 feet over a steel-and-concrete console and inclines toward the adjacent racecourse. With open-ended terraces—referred to as “transparent shelves” by DPA—and a design that faces outward, the crowd is afforded vistas of the stables below and the city beyond.