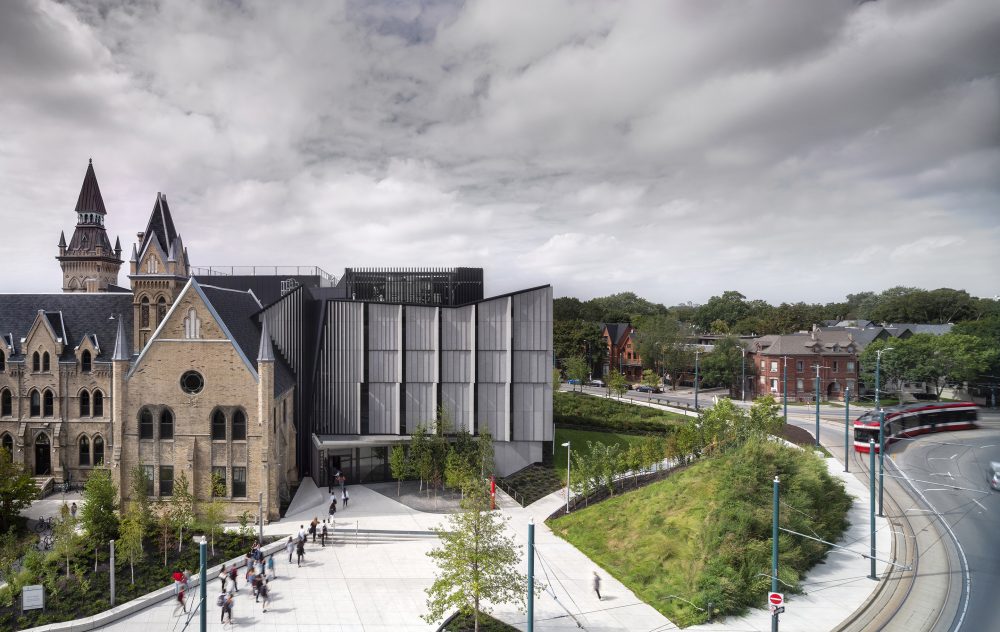 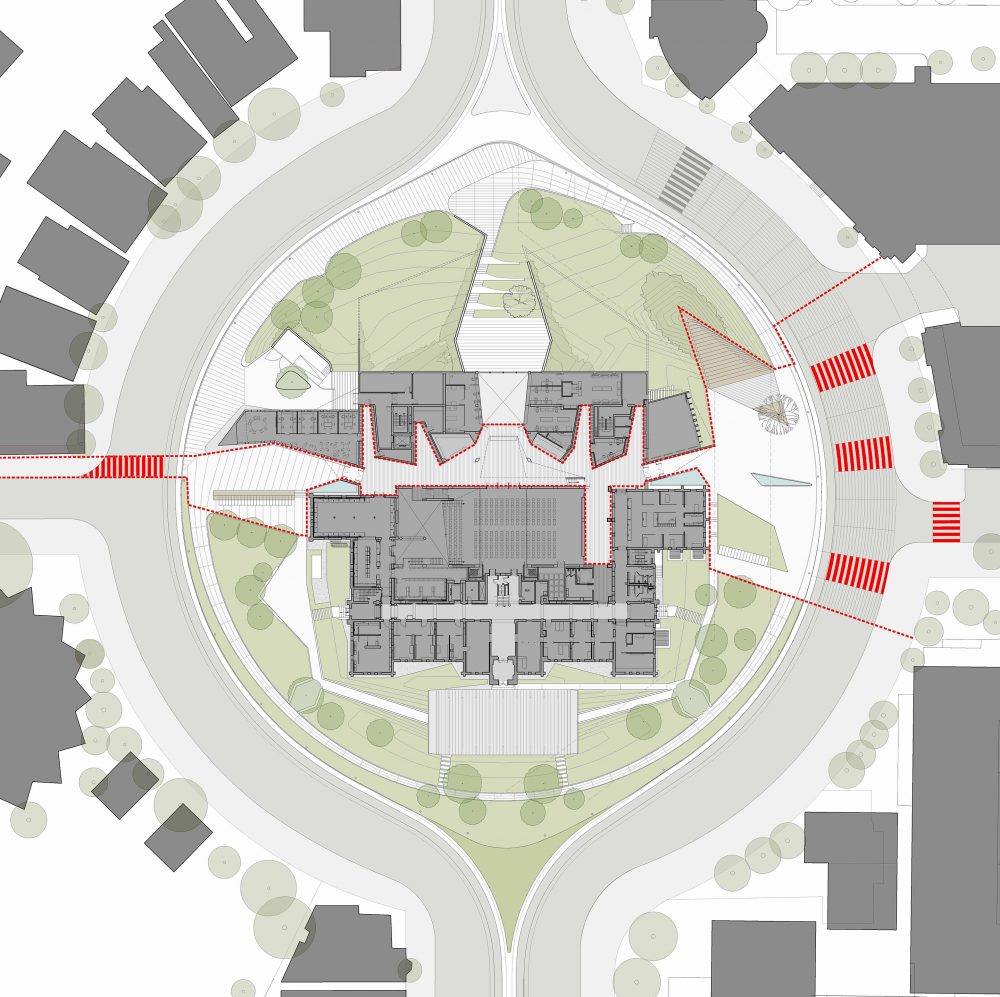 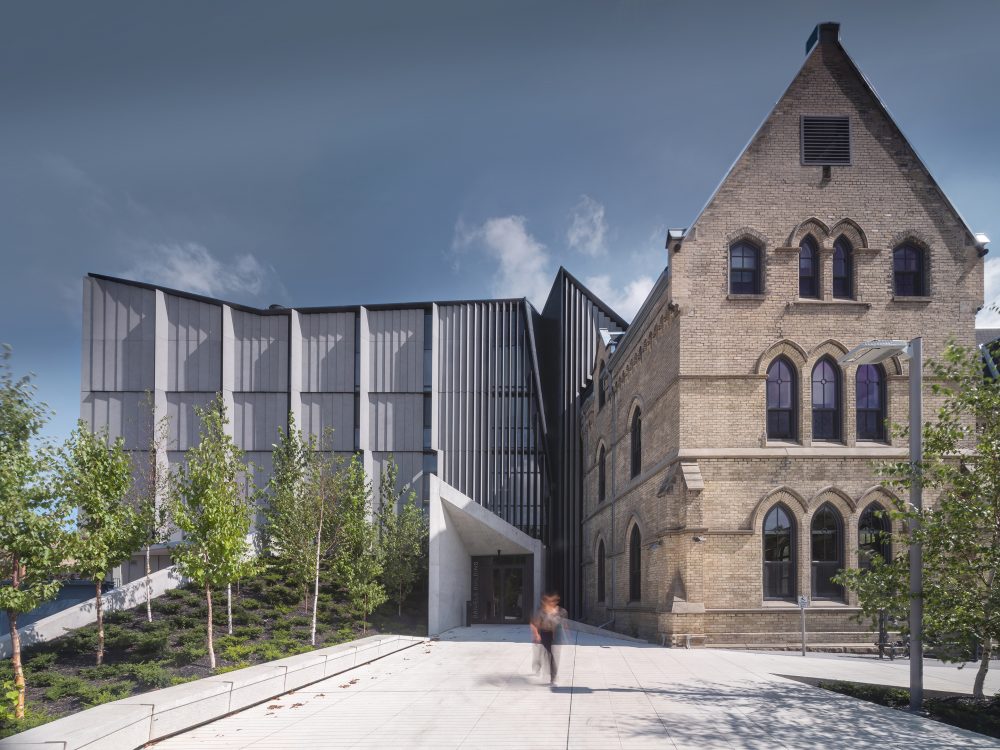 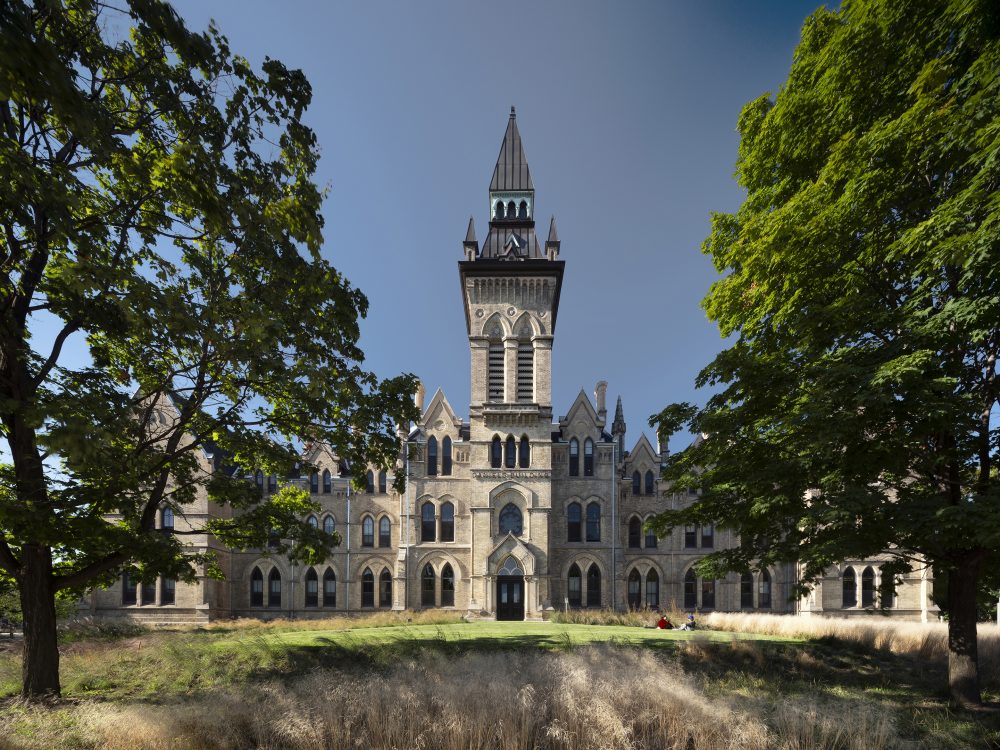 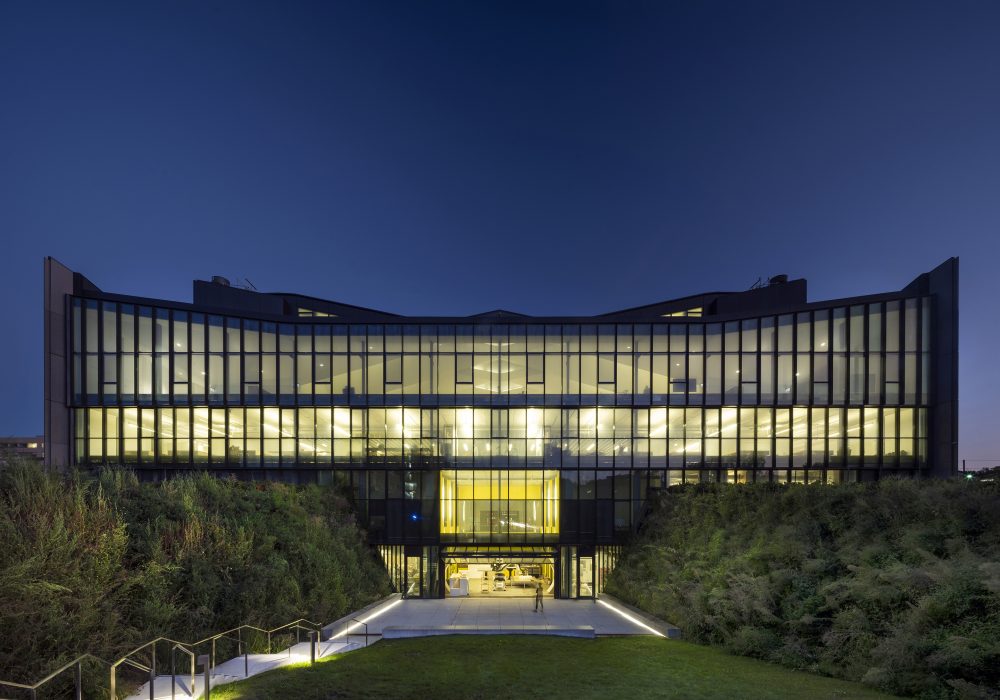 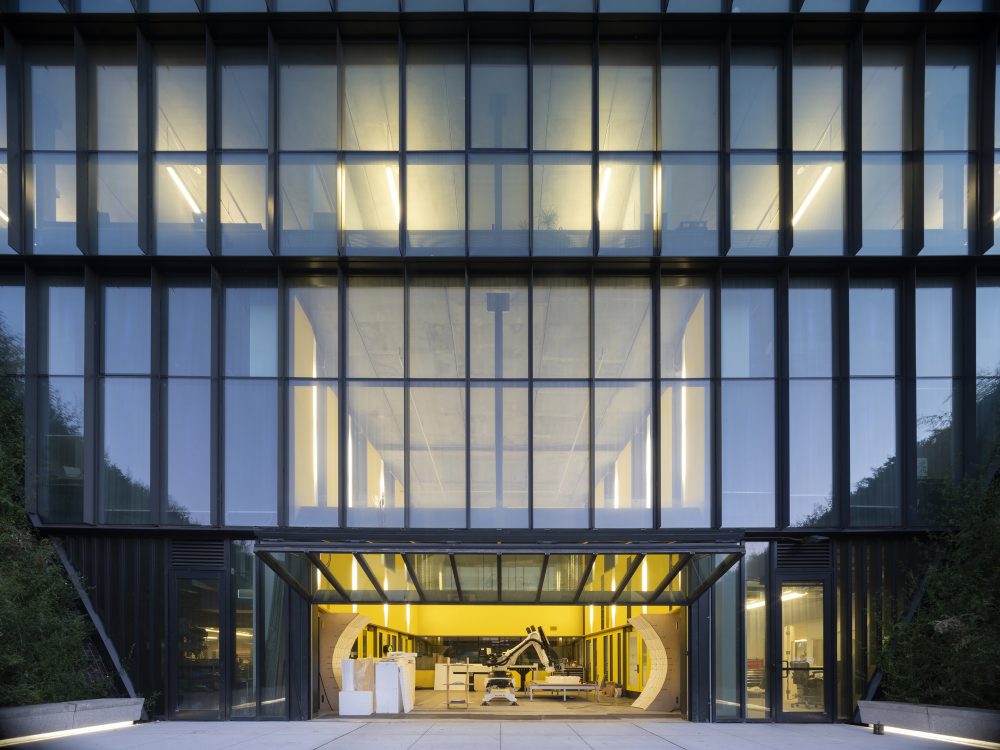 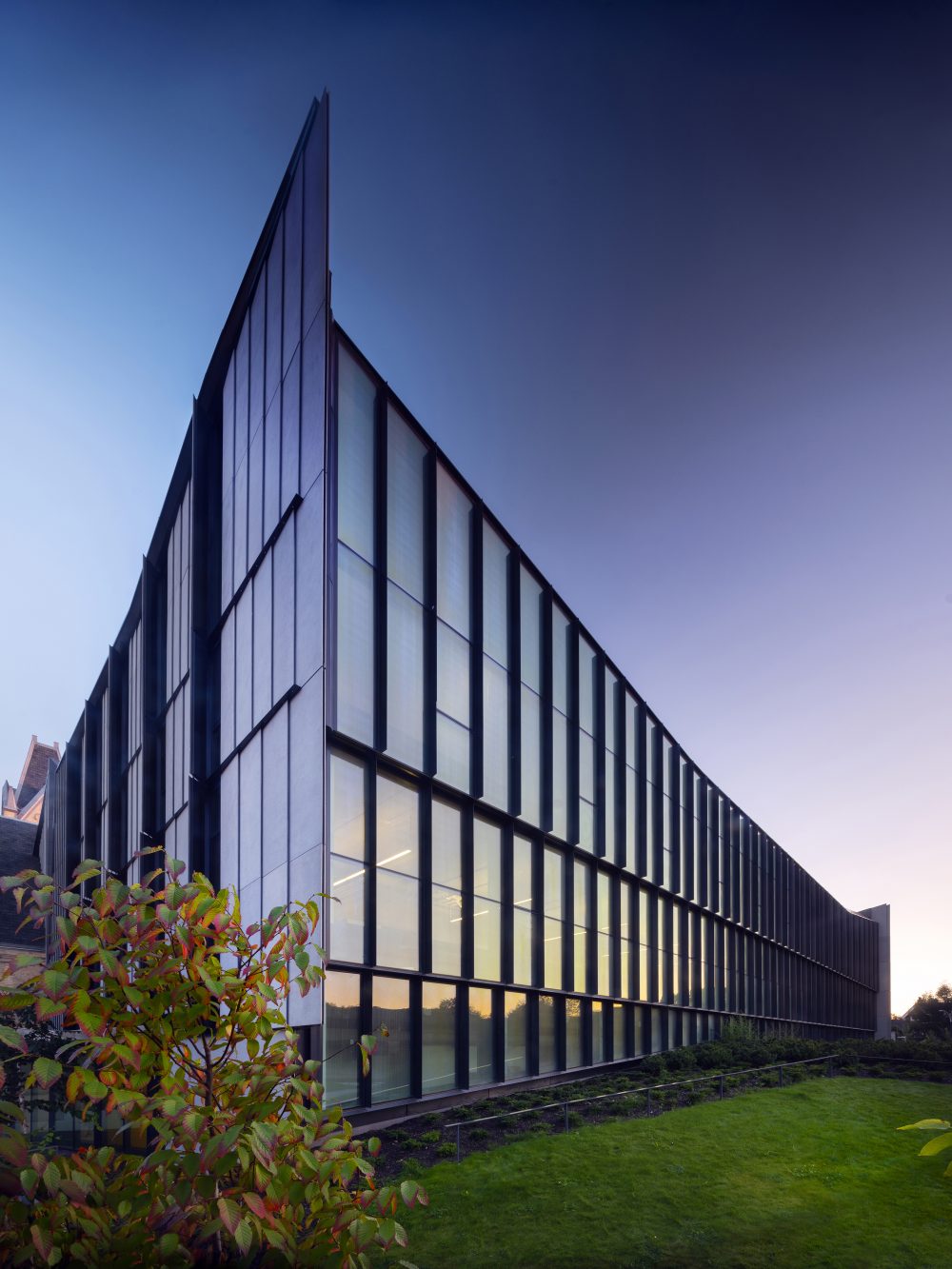 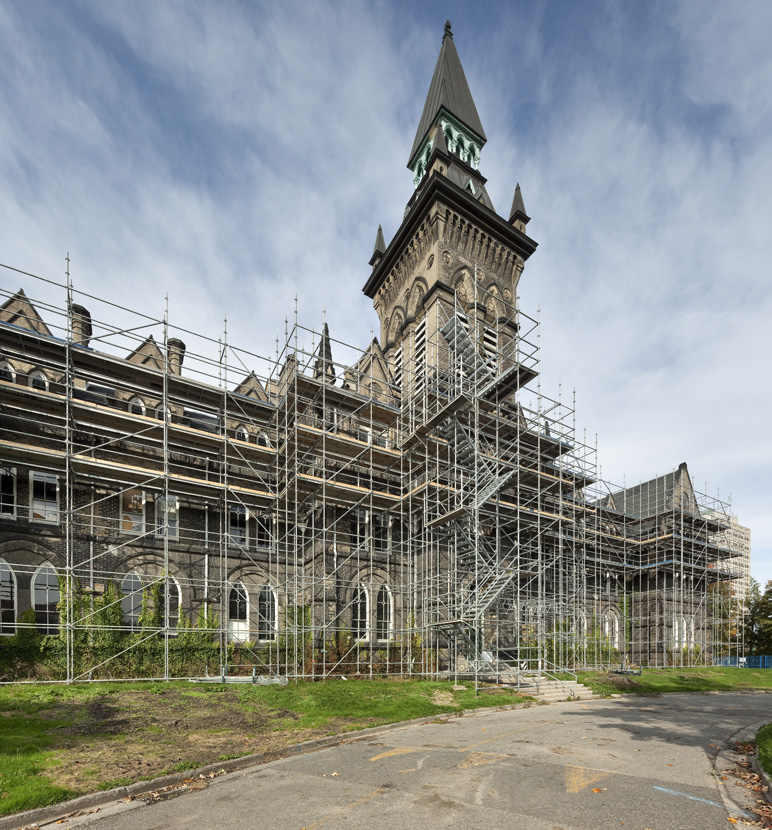 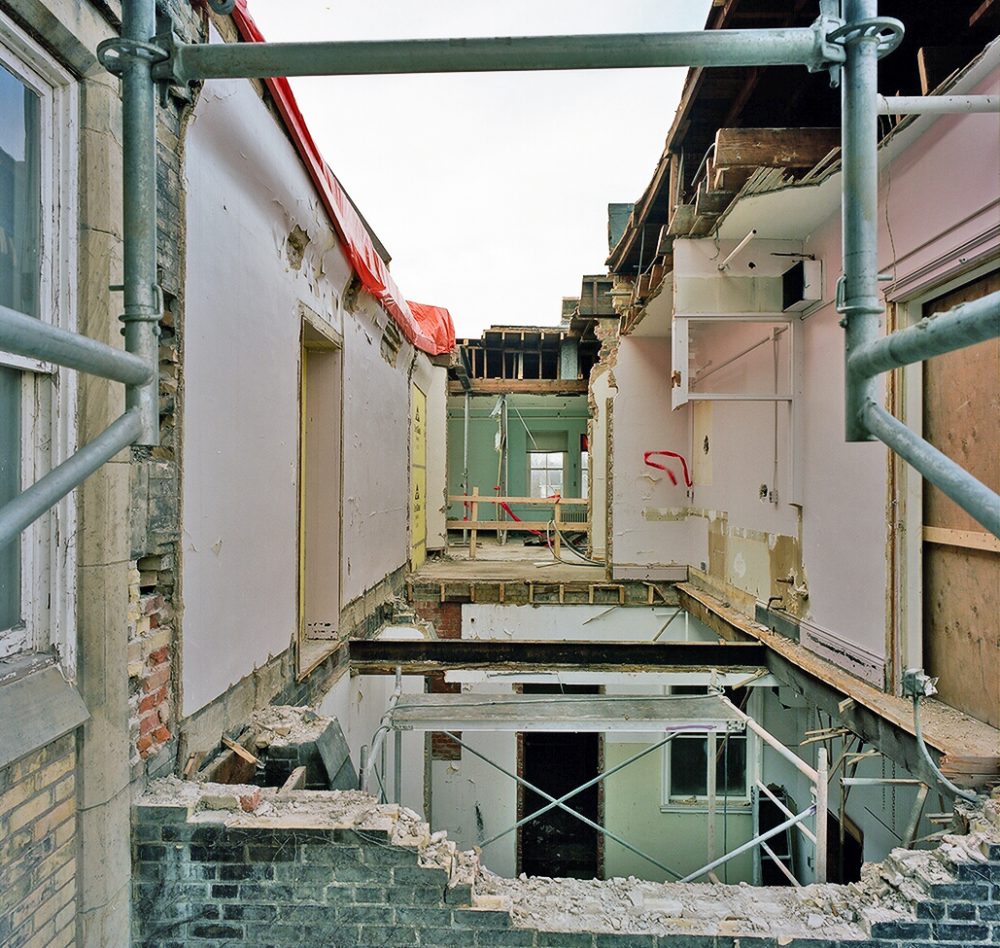 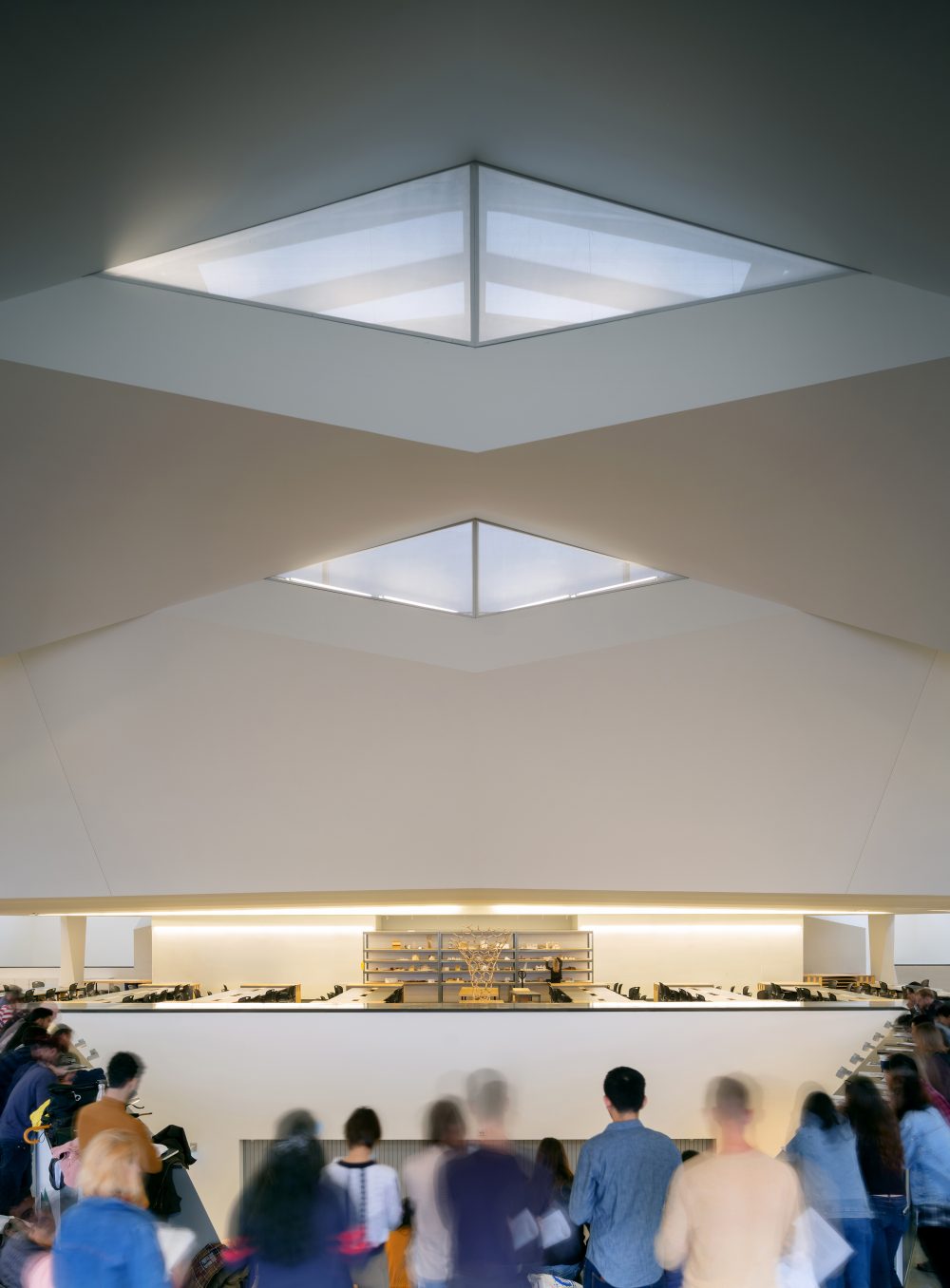 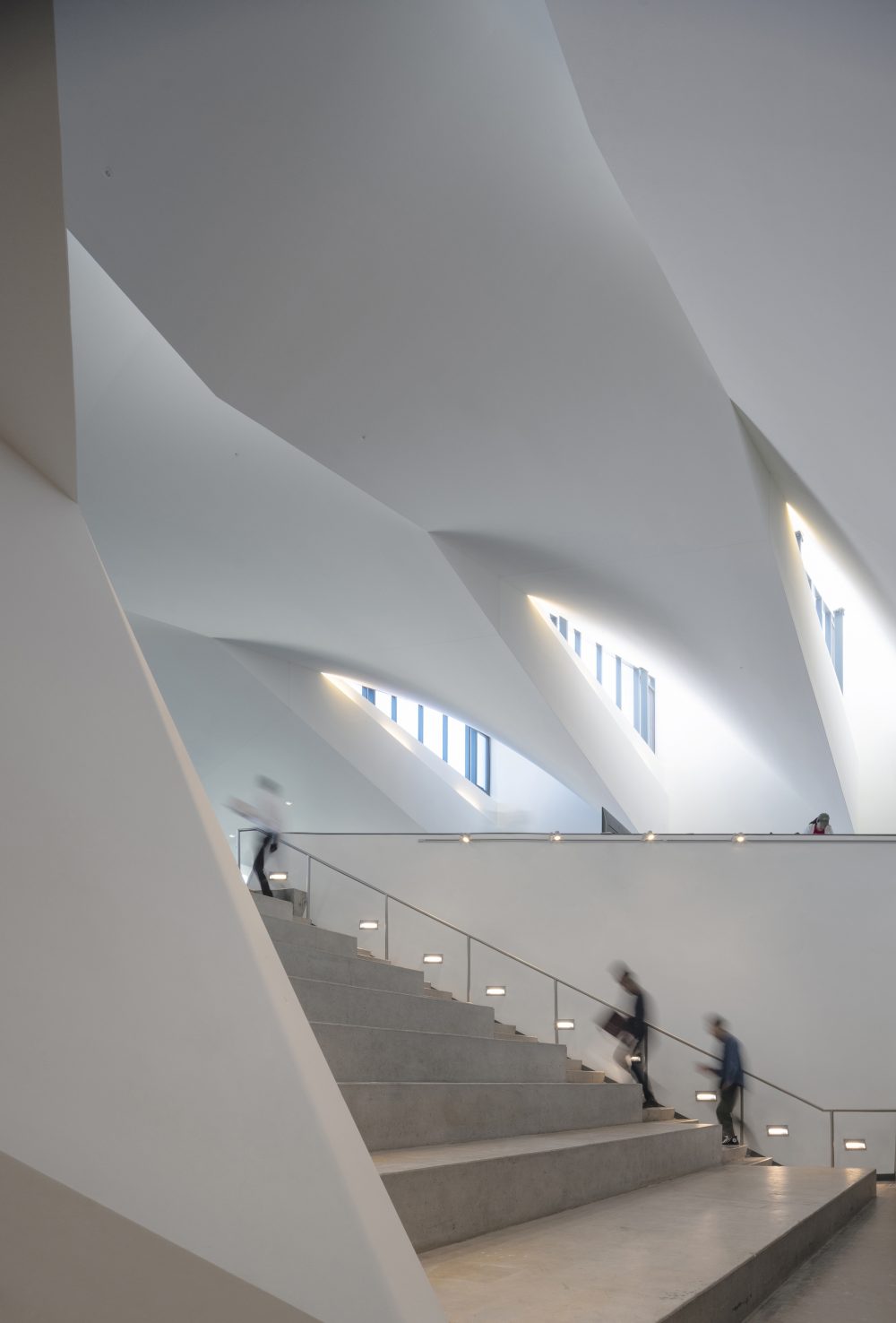 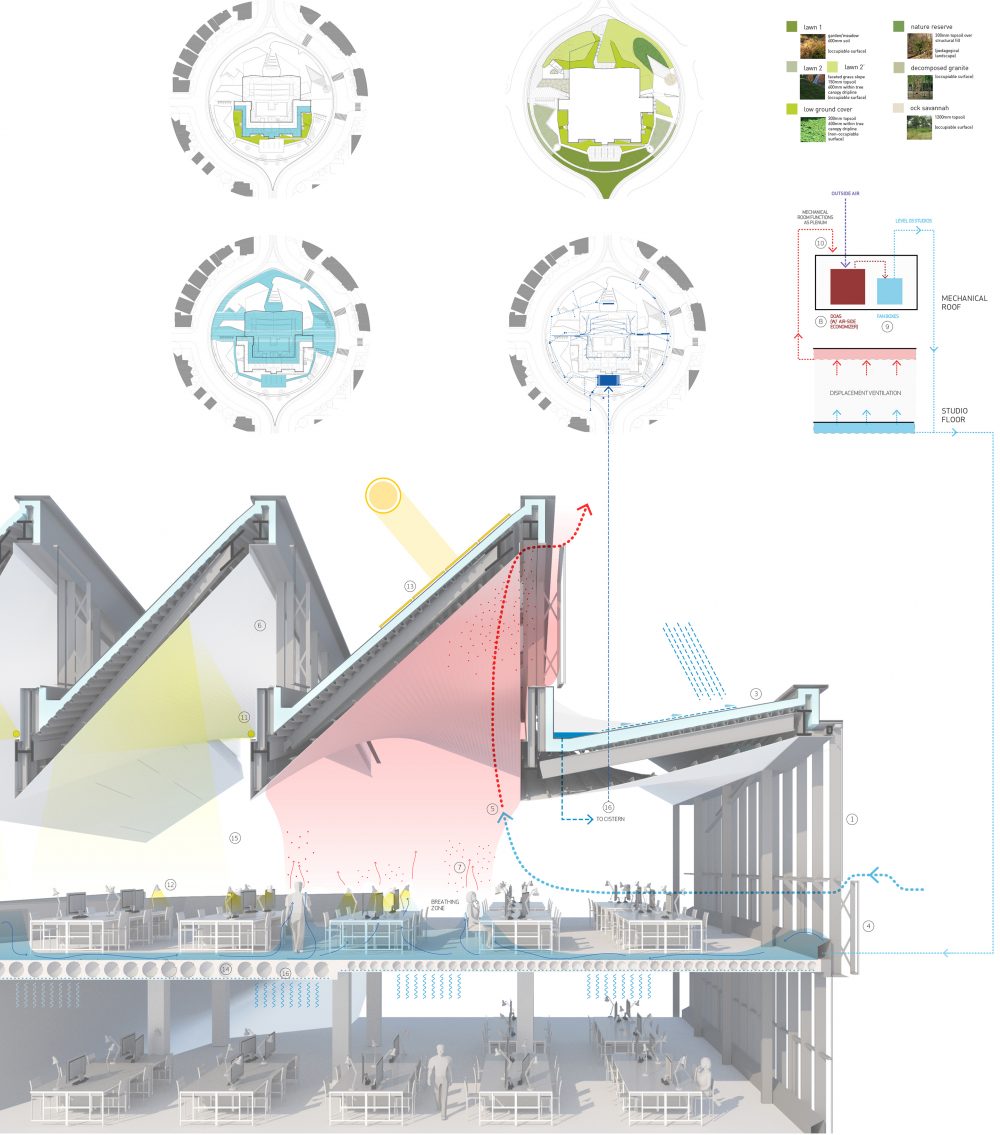 <
►
>
NADAAA's Daniels Building, completed in 2018, is located on the border of the University of Toronto's St. George Campus. (Nic Lehoux)

Opened last spring on the periphery of the University of Toronto’s St. George Campus, the Daniels Building is an approximately 700,000-square-foot academic building for the Daniels Faculty of Architecture, Landscape, and Design. The project entails a new three-story addition added onto a 19th Gothic Revival former theological school, clad in grey concrete panels and a glass curtain wall. Boston-based architectural practice NADAAA took the design lead for the redesign and collaborated with the Toronto-based architectural conservation experts ERA Architects.

The site for the Daniels Building is enviable; the building is the sole structure within the Spadina Crescent traffic circle and is visible along both the North-South and East-West axis. The Gothic Revival structure was built in 1875 as a Presbyterian theological school and has since served as a military hospital, an insulin manufacturing plant, and a service facility for the university. The historic structure was built according to a U-shaped layout, and NADAAA’s intervention was laid partially within the former courtyard.

Besides being pressed against the new educational facility, the Gothic Revival design of the former theological school also serves as a stylistic point of reference for the extension. “Perhaps the greatest challenge of maintaining the Gothic heritage building,” said NADAAA Associate Richard Lee, “has been the project’s greatest opportunity; the spires and edges of the historic Spadina Crescent create the ideal foil for a contemporary box with a deep floor plate requiring natural light.”

The east and west elevations of the addition are clad with 230 narrow grey ultra-high-performance concrete (UHPC) panels with different levels of dilation and lift according to interior daylighting needs. As a result of their narrow width, the windows partially resemble the steeply pitched Gothic lancet window, while the visible creases between concrete panels allude to mortar joints found in traditional masonry construction. Additionally, the zigzag cornice that rings the entire addition mirrors the angular gable and dormer details found adjacent.

Measurements of the UHPC panels range from 4’4″ by 20″, to 10’10” by 30″. The panels are fastened to a steel subframe mounted to the primary structure by a series of concealed clips. Panels serving as vertical louvers are held at their base and top to allow for varying rotational angles.

The project also featured a significant architectural restoration aspect due to the original building’s general neglect over the last half-century. The 140-year-old windows across the exterior were replaced with newly fabricated wood windows designed to match the old ones. According to ERA Architects principal Andrew Pruss, “The masonry at the roofline and the roof itself were badly deteriorated, and so all roofing was replaced with roof details rebuilt and flashed to properly protect them. The building was cleaned with a low impact detergent method to preserve the brickwork.”

In contrast to the concrete-clad elevations and the cream-colored brick of the historic structure, the north facade of the new school is defined by a sweeping fritted glass curtain wall fitted with aluminum fins. Its corners lift upwards on either end to match the cornice line of the east and west elevations. One of the project’s most striking features is visible from the north; a jagged roofline topped with aluminum that allows daylight to pour into the third-level design studio through rows of diagonal clerestories.

The project has received numerous accolades from the AIANY, the Boston Society of Architects, and The Architect’s Newspaper‘s Best of Design Awards. NADAAA Principal Katherine Faulkner will be delivering a presentation on the Daniels Building during the “Repurposing Historic Ontario: Innovative Approaches to Architectural Heritage” panel at Facades+ Toronto on October 11.